Importance And Use Of Static In C++ With Examples.

In our previous topics on storage classes, we were introduced to the word static. We learned about static variables that are declared in a C++ program. We know that static variables are initialized only once and they retain the value throughout the program.

Similar to the static variables, in this tutorial, we will extend the use of a static keyword to: 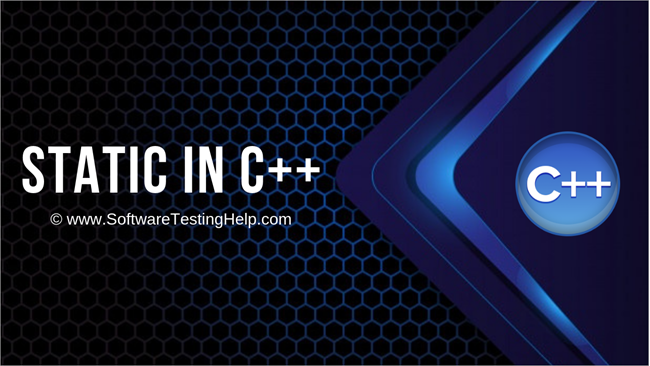 Static Member Variables In A Class

When the first object is created, all static data of primitive type is initialized to zero when no other initialization is present.

Check the following example that demonstrates the static variable in a class.

As shown in the below code, we have the static variable count as a member of the class sample. Note that we have initialized this variable explicitly outside the class with the initial value = 0;

Then we increment this static variable in the constructor of the class.

Let us look at an example program.

In the main function, we create three different objects. In the output, we see that the value of the static variable is maintained between the object creations and not reset with every object creation. This for the first object, count = 0. Then it’s incremented to 1. For the next object the count = 1 and so on.

If the count was any ordinary variable, then the output would have been:

In this program, we have a class xyz with a constructor and a destructor. In the main function, we declare a variable x = 0; If x is equal to zero, we create a static object of class xyz.

The program gives the following output.

Normally the output should have been

But as we create a static object, this object has a scope until the end of the program and not when the object goes out of the scope (end of if statement). This is the reason, for which the destructor for object obj executes only after the end of the main function is reached.

Static Methods In A Class

When a class method is declared static, it can only access static members’ i.e. static variables and static functions of the class. It cannot access ordinary members of the class.

Also, there is no “this” pointer available for static class methods.

Below is an example of using a static method in a class.

In the main method, we directly call the static method printValues using the class name as we do not need any object to invoke the static functions.

The screenshot of the same output is given below. 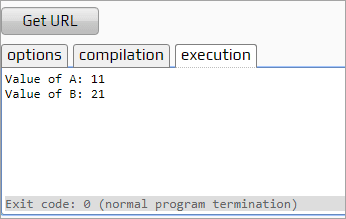 So in the output, we see the values of both the static variables are changed as per the operations performed on them.

Having seen the various uses of keyword static in this tutorial, a question remains as to what is the purpose of static functions.

Purpose of static functions can be summarized as below:

To conclude this topic, we can say that static keyword in C++ can be used in various ways to declare variables, member variables, class objects, methods, etc.

Static member functions and variables need not be accessed with the object, rather they can directly be accessed using the class name. Also, the scope of static entities remains throughout the execution of the program. Hence static keyword can also be used to control the access of a particular entity.

In our upcoming tutorials, we will learn more about several other OOP topics in C++.