Stressing anything beyond a point results in serious consequences in humans, machine or a program. It either causes serious damages or breaks it completely.

Similarly, in this tutorial, we will learn how to stress test web applications along with its effect.

In order to avoid any permanent damage to your apps or websites when they are stressed i.e. heavily loaded, we need to find the breaking point and in turn the solution to avoid such conditions. Just think how it would be when your shopping website goes down during Christmas sale. How much would be the loss? 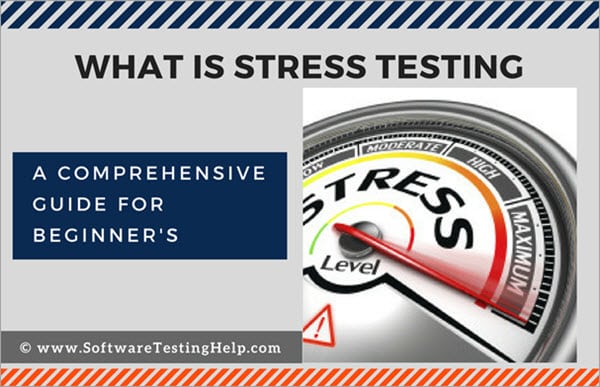 Enlisted below are some Examples of real cases where it is of high importance to stress test an app or website:

#2) Financial apps or websites need to perform stress test as the load increases at times like when a company share goes up, a lot of people log in to their accounts to buy or sell, online shopping websites re-direct ‘Net-bankers’ for payment etc.

#3) Web or emailing apps need to be stress tested. 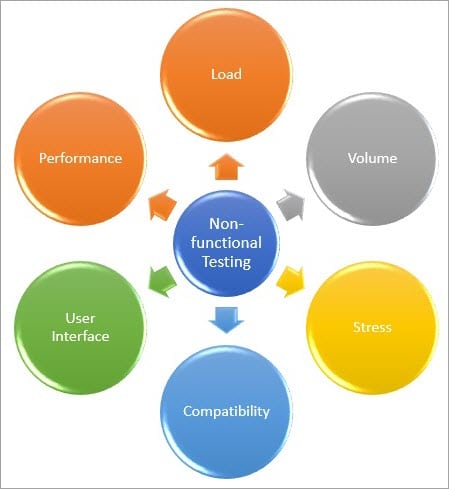 Stress testing is defined as the process of testing the hardware or software for its stability under a heavy load condition. This testing is done to find the numerical point when the system will break (in terms of a number of the users and server requests etc.) and the related error handling for the same.

During Stress testing, the application under test (AUT) is bombarded with a heavy load for a given period of time to verify the breaking point and to see how well error handling is done.

Example: MS Word may give a ‘Not Responding’ error message when you try to copy a 7-8 GB file.

You have bombarded Word with a huge sized file and it couldn’t process such a big file and as a result, it is hanged. We normally kill apps from the Task Manager when they stop responding, the reason behind it is that the apps get stressed and stop responding.

Following are some technical reasons behind performing Stress testing:

This is a type of non-functional testing and this testing is usually done once the functional testing of a website or app is completed. The test cases, the way to test and even the tools to test may vary at times.

Following are some pointers that would help you to strategize your testing process:

Stress testing for native mobile apps is a little different from that of web apps. In native apps, a stress test is done for the commonly used screens by adding huge data.

Following are some verification that is done as a part of this testing for native mobile apps:

Following should be your strategy for testing on mobile apps: 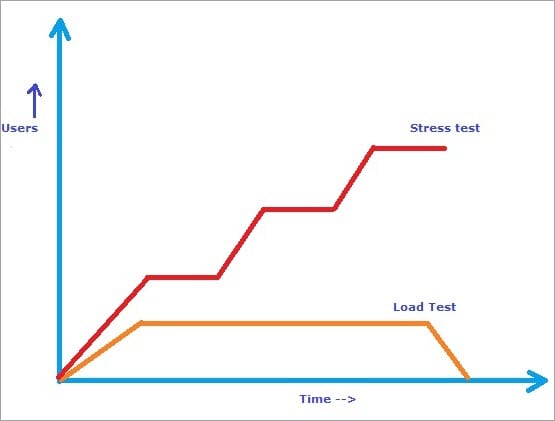 The test cases that you will create for your testing will depend on the application and its requirements. Before creating the test cases, make sure that you know the focus areas i.e. the functionalities that will tend to break under the condition of an abnormal load.

Following are some sample test cases that you can include in your testing:

Before executing tests, make sure that:

When Stress Testing is done manually, it is a very complicated and tedious job too. It may also not yield you the expected results.

Automation tools can get you the expected results and it is relatively easy to create the required test bed using them. It may happen that the tools that you are using for your normal functional testing may not suffice for stress testing.

Hence it is for you and your team to decide if they want a separate tool exclusively for this testing. It is also beneficial for others that you run the suite at night so that their work won’t be hampered. Using automation tools, you can schedule the suite to run at night and the results will be ready for you the next day.

LoadRunner is a tool designed by HP for load testing, but it can also be used for stress tests.

It uses VuGen i.e. Virtual User Generator for creating the users and requests for load and stress testing. This tool has good analysis reports which can help to draw the results in the form of graphs, charts etc.

Neoload is a paid tool that is helpful in testing web and mobile apps.

It can simulate more than 1000 users to verify the performance of the system and find the response time of the server. It also integrates with Cloud for both load and stress testing. It provides good scalability and is very easy to use.

JMeter is an open source tool that works with JDK 5 and above versions. The focus of this tool is mostly on testing web applications. It can also be used for testing LDAP, FTP, JDBC database connections etc.

Grinder is an open source and Java-based tool that is used for load and stress testing.

The parameterization can be done dynamically while the tests are running. It has good reporting and assertions to help you analyze the results in a better way. It has a Console that can be used as an IDE to create and edit the tests and Agents to create the load for testing purposes.

Webload tool has a free as well as a paid edition. This free edition allows up to 50 user creation.

Stress testing completely focuses on testing the system under extreme load conditions to find its breaking point and see if appropriate messages are shown when the system is unresponsive. It stresses the memory, processor etc during the testing and checks how well they recover.

Hope you would have gained a great insight into the concept of Stress Testing!!