This In-Depth Tutorial on Binary Tree in C++ Explains Types, Representation, Traversal, Applications, and Implementation of Binary Trees in C++:

A Binary tree is a widely used tree data structure. When each node of a tree has at most two child nodes then the tree is called a Binary tree.

So a typical binary tree will have the following components: 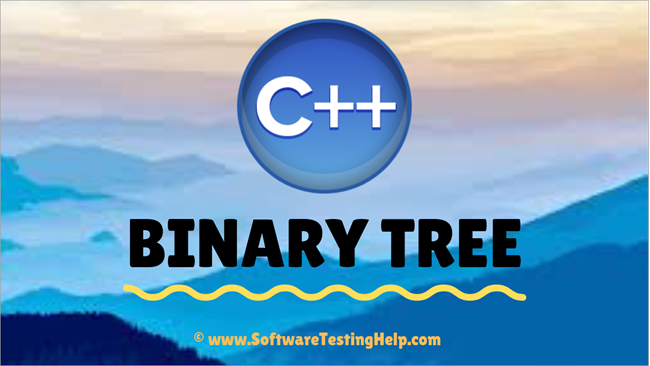 A pictorial representation of a binary tree is shown below:

In a given binary tree, the maximum number of nodes at any level is 2l-1 where ‘l’ is the level number.

As every node in a binary tree has at most two nodes, the maximum nodes at the next level will be, 2*2l-1.

Now let us discuss the various types of binary trees.

Following are the most common types of binary trees.

A binary tree in which every node has 0 or 2 children is termed as a full binary tree. 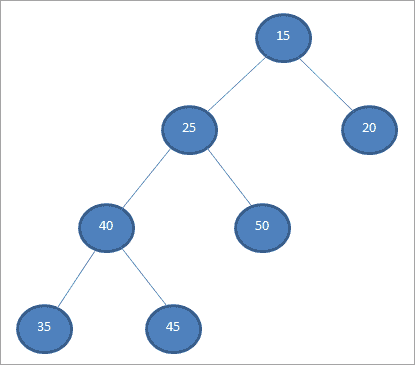 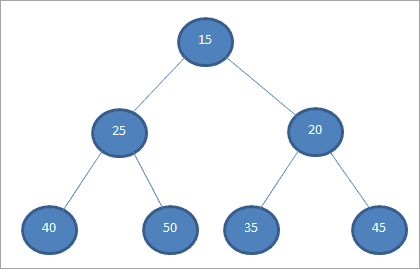 A binary tree is termed perfect when all its internal nodes have two children and all the leaf nodes are at the same level. 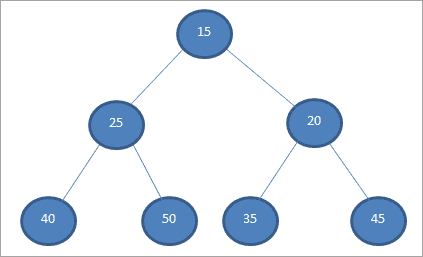 A binary tree example shown above is a perfect binary tree as each of its nodes has two children and all the leaf nodes are at the same level.

A perfect binary tree of height h has 2h – 1 number of nodes.

A binary tree where each internal node has only one child is called a degenerate tree. 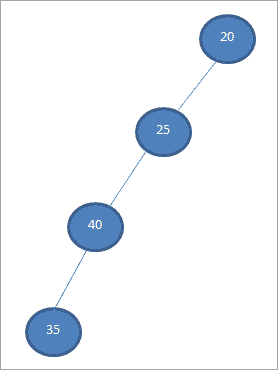 A binary tree in which the depth of the two subtrees of every node never differs by more than 1 is called a balanced binary tree. 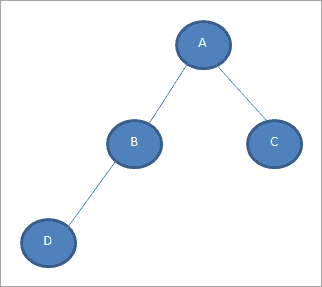 The binary tree shown above is a balanced binary tree as the depth of the two subtrees of every node is not more than 1. AVL trees which we are going to discuss in our subsequent tutorials are a common balanced tree.

A binary tree is allocated memory in two ways.

This is the simplest technique to store a tree data structure. An array is used to store the tree nodes. The number of nodes in a tree defines the size of the array. The root node of the tree is stored at the first index in the array.

In general, if a node is stored at the ith location then it’s left and right child is stored at 2i and 2i+1 location respectively. 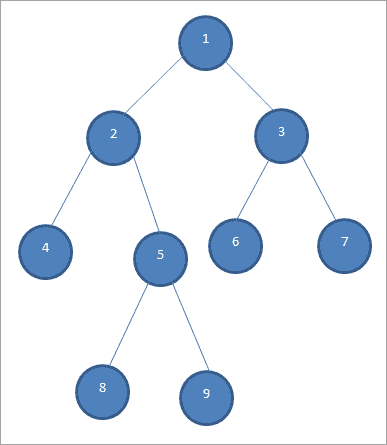 The sequential representation of the above binary tree is as follows:

This drawback is overcome by storing the tree nodes in a linked list. Note that if the tree is empty, then the first location storing the root node will be set to 0.

In this type of representation, a linked list is used to store the tree nodes. Several nodes are scattered in the memory in non-contiguous locations and the nodes are connected using the parent-child relationship like a tree.

Following diagram shows a linked list representation for a tree. 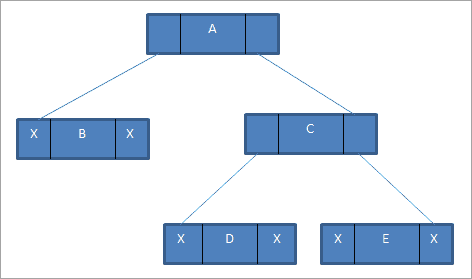 As shown in the above representation, each linked list node has three components:

We have already discussed traversals in our basic tutorial on trees. In this section, let us implement a program that inserts nodes in the binary tree and also demonstrates all the three traversals i.e. inorder, preorder and postorder, for a binary tree.

A binary tree is used in many applications for storing data.

Some of the important applications of binary trees are listed below:

Binary tree data can also be traversed using inorder, preorder and postorder traversal techniques which we have seen in our previous tutorial. In memory, a binary tree can be represented using a linked list (non-contiguous memory) or arrays (sequential representation).

Linked list representation is more efficient when compared to arrays, as arrays take up a lot of space.