This Tutorial Explains The Implementation of Graphs In C++. You Will Also Learn About Different Types, Representations, and Applications of Graphs:

A graph is a non-linear data structure. A graph can be defined as a collection of Nodes which are also called “vertices” and “edges” that connect two or more vertices.

A graph can also be seen as a cyclic tree where vertices do not have a parent-child relationship but maintain a complex relationship among them. 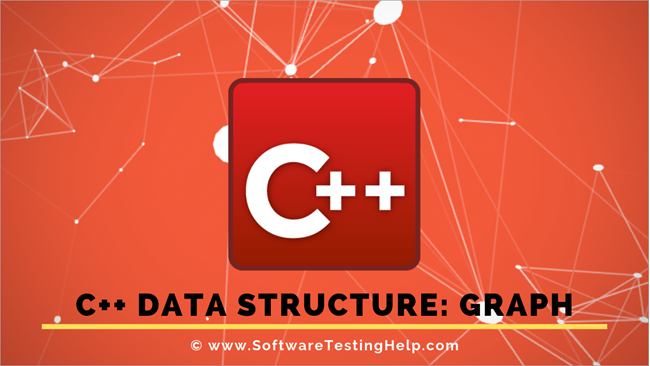 As stated above, a graph in C++ is a non-linear data structure defined as a collection of vertices and edges.

Following is an example of a graph data structure. 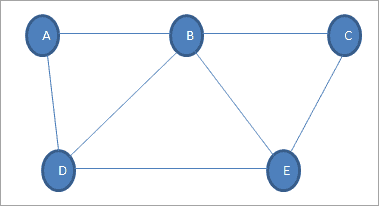 A graph in which the edges have directions associated with them is called a Directed graph.

Given below is an example of a directed graph. 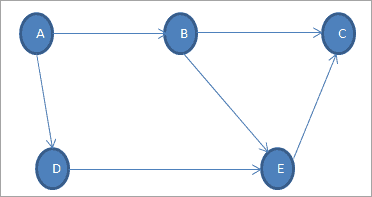 We will discuss the graph terminology or the common terms used in relation to the graph below. 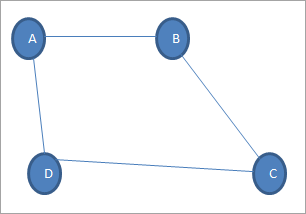 Both these types are described below.

Given below is an example graph that shows its adjacency matrix.

We have seen the adjacency matrix for the above graph. Note that since this is an undirected graph, and we can say that the edge is present in both directions. For Example, as edge AB is present, we can conclude that edge BA is also present.

In the adjacency matrix, we can see the interactions of the vertices which are matrix elements that are set to 1 whenever the edge is present and to 0 when the edge is absent.

Now let us see the adjacency matrix of a directed graph.

As shown above, the intersection element in the adjacency matrix will be 1 if and only if there is an edge directed from one vertex to another.

Next, we will see the sequential representation for the weighted graph.

Given below is the weighted graph and its corresponding adjacency matrix.

We can see that the sequential representation of a weighted graph is different from the other types of graphs. Here, the non-zero values in the adjacency matrix are replaced by the actual weight of the edge.

The edge AB has weight = 4, thus in the adjacency matrix, we set the intersection of A and B to 4. Similarly, all the other non-zero values are changed to their respective weights.

The adjacency list is easier to implement and follow. Traversal i.e. to check if there is an edge from one vertex to another takes O(1) time and removing an edge also takes O(1).

Whether the graph is sparse (fewer edges) or dense, it always takes more amount of space.

Let us first consider an undirected graph and its adjacency list.

As shown above, we have a linked list (adjacency list) for each node. From vertex A, we have edges to vertices B, C and D. Thus these nodes are linked to node A in the corresponding adjacency list.

Next, we construct an adjacency list for the directed graph.

In the above-directed graph, we see that there are no edges originating from vertex E. Hence the adjacency list for vertex E is empty.

Now let us construct the adjacency list for the weighted graph.

For a weighted graph, we add an extra field in the adjacency list node to denote the weight of the edge as shown above.

Adding vertex in the adjacency list is easier. It also saves space due to the linked list implementation. When we need to find out if there is an edge between one vertex to another, the operation is not efficient.

Following are the basic operations that we can perform on the graph data structure:

Now we present a C++ implementation to demonstrate a simple graph using the adjacency list.

The C++ program is as follows:

Let us discuss some of the applications of graphs.

A graph is a popular and extensively used data structure which has many applications in the computer science field itself apart from other fields. Graphs consist of vertices and edges connecting two or more vertices.

A graph can be directed or undirected. We can represent graphs using adjacency matrix which is a linear representation as well as using adjacency linked list. We also discussed the implementation of the graph in this tutorial.