Get To Know The Ways To Declare And Use References In C++.

Reference is a major concept in C++ programming language. Although it’s not as strong as pointers, nonetheless it allows us to use it to write efficient programs. The major use of the reference variable is in passing parameters to functions.

The popular ‘pass by reference’ parameter passing technique makes use of references. In this tutorial, we will see what a reference is, and how to declare & use it. We will also discuss the differences between pointers and references as well as passing and returning a reference to/from functions. 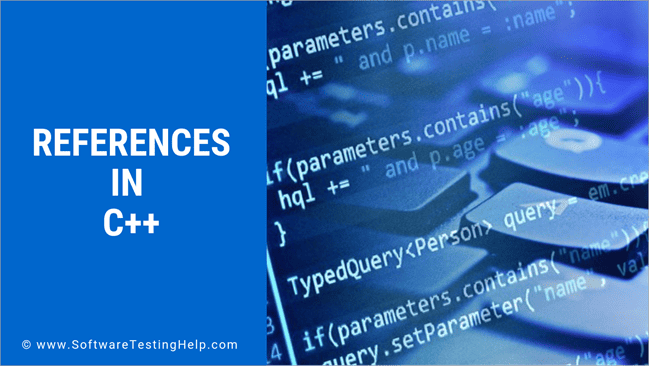 What Is A Reference?

Consider we have a variable ‘i’ with value 17. If j is a reference, then the memory representation of variable i and reference j is shown below.

As shown in the above figure, a variable and it’s alias i.e. reference point to the same value.

A reference can be declared using the ‘&’ operator.

The declaration of reference is shown below.

So in the above code, we have declared an integer variable with value 10. Then we declare another variable refvar and assign a variable to it. Note that while declaring refvar, we have used & operator just before the variable name. This indicates refvar is a reference to an already existing variable.

Given below is a simple Example of References:

When compared to pointers, references are safer and easier to use.

We will discuss a few differences between pointers and references:

Due to these limitation discussed above, the references in C++ cannot be used with data structures like a linked list. Please note that in Java, we do not have all these restrictions or limitation on references.

In our previous tutorials on functions, we have already discussed the ‘pass by reference’ parameter technique and we have seen the swapping of two numbers example using this technique. We skip the explanation of this technique in this section and only present a swap function once again as an example.

But this time instead of swapping numbers we are going to swap two strings.

So in this program, we pass strings (char*) to the swap function. The formal parameters are two references to a variable of type char*. We note that when two values are swapped, their modification is reflected in the calling function as we are using references/aliases for parameters.

Let us an Example of returning a reference from a function.

Screenshot for the same is shown below: 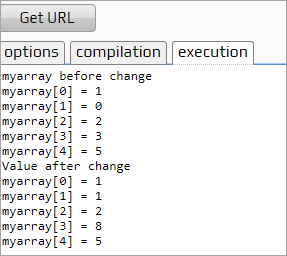 As seen in the above code, we define a function setValues that return a reference and a parameter which is an integer. Inside the function, we just return the array reference to the position I in C++.

Readers should note that the main use of references is for passing parameters to functions.

In the upcoming tutorials, we will cover lambda functions/expressions in C++ before we jump to object-oriented programming in C++.