Black Box testers don’t care about Unit Testing. Their main goal is to validate the application against the requirements without going into the implementation details.

But as a curiosity or Out of the box thinking, have you ever wondered how developers test their code? What method do they use to test before releasing code for testing? How is dev-testing important in an agile process? The answer to all this is Unit Testing. I want to educate you on the importance of Unit Testing so that development and testing teams can work more collaboratively to design, test and release an excellent application.

Who knows in the future some of you may even switch to white box testing and use these code validation and improvement techniques! 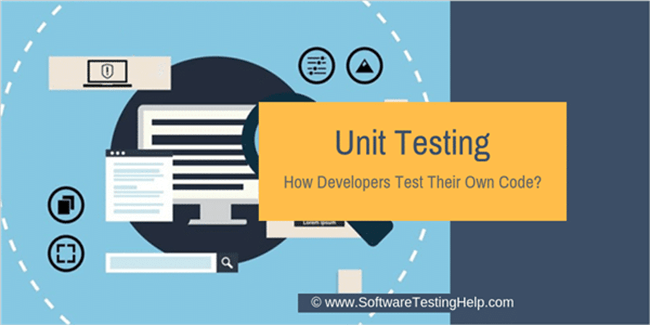 What Is Unit Testing?

Unit Testing is not a new concept. It’s been there since the early days of programming. Usually, developers and sometimes White box testers write Unit tests to improve code quality by verifying every unit of the code used to implement functional requirements (aka test drove development TDD or test-first development).

Most of us might know the classic definition –
“Unit Testing is the method of verifying the smallest piece of testable code against its purpose.” If the purpose or requirement failed then the unit test has failed.

In simple words, it means – writing a piece of code (unit test) to verify the code (unit) written for implementing requirements. In Unit testing, developers use manual or automated tests to ensure that each unit in the software meets the customer’s requirement. This unit can be an individual function, object, method, procedure, or module in the software under test.

Writing unit tests to test the individual units makes writing comprehensive tests easier as all the units are put together. During software development, it is done as the first level of testing.

Unit Testing is used to design robust software components that help maintain code and eliminate the issues in code units. We all know the importance of finding and fixing defects in the early stage of the software development cycle. This testing serves the same purpose.

It is an integral part of the agile software development process. When a nightly build run unit test suite should run and report should be generated. If any of the unit tests have failed then the QA team should not accept that build for verification.

If we set this as a standard process, many defects would be caught in the early development cycle, saving much testing time.

I know many developers hate to write unit tests. They either ignore or write bad unit test cases due to tight scheduled or lack of seriousness (yea they write empty unit tests, so 100% of them pass successfully ;-)). It’s important to write good unit tests or don’t write them at all. It’s even more important to provide sufficient time and a supportive environment for real benefits.

It can be performed in 2 ways :

In Manual Testing, the tester manually executes test cases without using any automation tool. Here, each stage of the test is executed manually. Manual Testing is tedious especially for tests that are repetitive and requires more effort to create and execute test cases. Manual Testing does not require knowledge of any testing tool.

It is a fact that 100% of Automation is not possible and thus there will always be some level of manual testing performed.

In Automated Testing, software testing automation tools are used to automate the tests/test cases. The automation tool can record and save your test and it can be re-played as many times as needed without any further human intervention.

These tools can even enter test data into the system being tested as well as it can compare the expected results to the actual results and automatically generate the reports. However, the initial cost of setting up test automation tools is high.

In white-box testing, the tester knows the internal structure of the software including the code and can test it against the design and the requirements. Hence white box testing is also known as transparent testing.

In black-box testing, the tester does not know the internal structures either the code of the software. 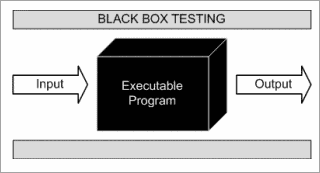 This is also referred to as semi-transparent technique testing which means, the testers are only partially aware of the internal structure, functions, and designs along with the requirements. Debugging is done by actual input from the front-end to get exact data in the back-end. The grey box is therefore considered as a combination of black box and white box testing techniques. 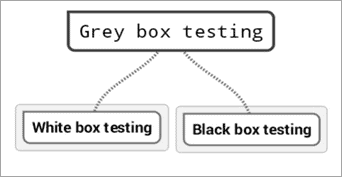 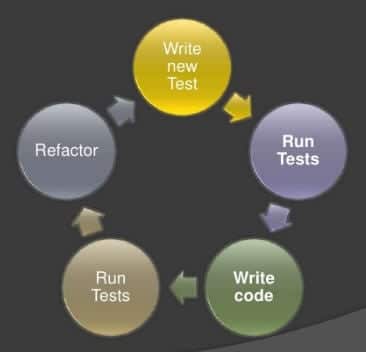 What Makes A Good Unit Test?

Well, I’m not the right person to tell what makes a good Unit Test, but based on my observations on various projects I can tell the characteristics of a good Unit Test. The bad Unit Test does not add value to the project. Instead, project cost increases significantly writing and managing bad Unit Tests.

How to write good Unit Tests?

Unit Testing frameworks are mostly used to help write unit tests quickly and easily. Most of the programming languages do not support unit testing with the inbuilt compiler. Third-party open source and commercial tools can be used to make unit testing even more fun.

How To Accept Unit Testing?

Good unit testing can be carried out in 3 basic parts.

After undertaking the above 3 steps, if the code appears to be correct then the unit test is said to be passed. And if it does not meet the system requirements, the test fails. In this case, the developer needs to recheck and correct the code.

In some instances, it is necessary to separate the code to perform this testing more accurately.

To create the best code during this testing, consider the below points:

Other points to be kept in mind are as follows:

Unit testing comes into picture when it is required to test every function separately. It is much reasonable to detect and fix bugs during this testing and save time and cost, rather than finding at the later stage of software development.

While it offers many advantages, there are also limitations involved with using it. Rigorous discipline and consistency are required throughout the software development process to overcome limitations and get the intended benefits.

Your Comments are most welcome!
As a black box tester, what are your observations about Unit Testing on your team? Does anyone have a better idea for successful Unit Testing?

22 thoughts on “Key to Successful Unit Testing – How Developers Test Their Own Code?”