An Intensive Study Of Pointers And Their Uses In C++.

A Pointer is one of the most powerful features of C++ language. A pointer helps to manipulate the variables through its address.

In this tutorial, we will explore all about pointers and its uses in C++ in detail. 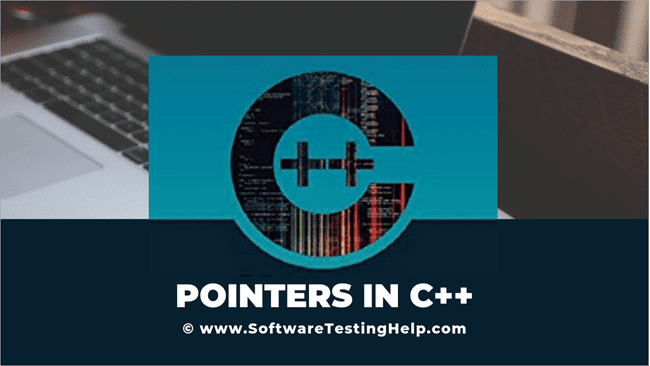 What Is A Pointer?

A pointer is a variable that holds the address of a memory location. We know that all the variables we declare, have a specific address in memory. We declare a pointer variable to point to these addresses in memory.

The general syntax for declaring a pointer variable is:

For Example, the declaration int* ptr;

Consider we have the following declarations:

In memory, these declarations will be represented as follows: 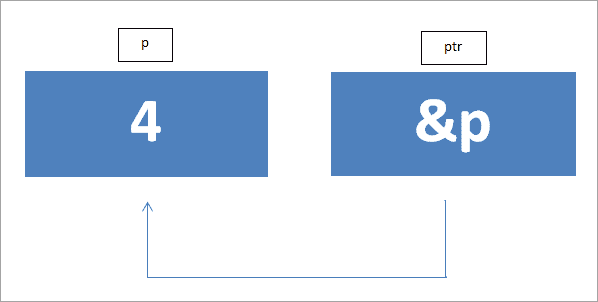 This is the internal representation of pointer in memory. When we assign the address variable to the pointer variable, it points to the variable as shown in the representation above.

Note: The operator * that we use with the pointer is used to denote that it is a pointer variable.

Let us see some of the pointer concepts that are used in C++.

We know that a pointer variable always points to the address in memory. Among the operations that we can perform, we have the following arithmetic operations that are carried out on pointers.

Let us see the usage of these operations in an Example program.

Apart from these arithmetic operators, we can also use comparison operators like ==, < and >.

A null pointer is a constant pointer with value zero defined in the iostream header. The memory at address 0 is reserved by the operating system and we cannot access this location.

Using the null pointer, we can avoid the misuse of unused pointers and prevent pointer variables from having some garbage values assigned to them.

We have shown the working of the NULL pointer & void pointer in the following code Example.

In the above program, first, we declare an integer pointer that is assigned a value NULL. When we print this pointer, we see that the value is 0 as we have discussed earlier.

Arrays and pointers are strongly associated with one another. We know that the name of the array points to the first element in the array and this is a constant pointer.

We can assign this pointer to a pointer variable and then access the array either by decrementing the pointer or by using the subscript operator.

We will see this association between the pointer variable and array in the following code Example.

Let us straightaway take an Example to demonstrate an array of pointers.

In the declaration in the above,

We can interpret as; ptr is an array of 5 integer pointers. Hence each element of ptr will point to a variable of type integer.

We make use of an integer array and assign the address of each element of the array to each of the ptr elements. Then we display the contents of ptr array by outputting “*ptr[i]”.

In memory, this will be represented as:

A pointer of pointers is declared as follows:

We directly take a code Example to better understand the pointer of pointers.

In the end, we print the three variables that display the same value 10 equal to an integer variable.

Passing pointers to function is the same as other parameter passing techniques wherein we pass pointer variables to the function.

We revisit our swapping two values and modify it to pass pointer variables as parameters.

As shown in the program, we pass the values to be swapped as integer variables. The formal parameters are defined as pointer variables. As a result of this, the changes made to the variables inside the functions are reflected outside in the calling function as well.

in the same way, as we have pointers to variables, arrays, etc., we can also have pointers to functions. But the difference is that the function pointer points to the executable code and not to data like variables or arrays.

We take an Example to demonstrate function pointers.

In the above program, we have a function ‘displayVal’ which just prints an integer value passed to it. In the main function, we have defined a function pointer ‘func_ptr’ which takes an int as an argument and returns a void type.

Note: We need to enclose function pointer inside (). If we omit it, it will become a function prototype.

This is all about the pointers, its definitions and uses in C++.

In our next tutorial, we will learn more about references in C++. References also have special use in C++ and are often used as aliases for variables.