List and Comparison of the Best Functional Testing Tools:

You can explore the best tool based on your project requirements. Almost every high-level company is working on automation in today’s world.  Just being a manual tester will affect one’s career for sure. You need to know something called automation to boost your skill and get shortlisted for good companies. 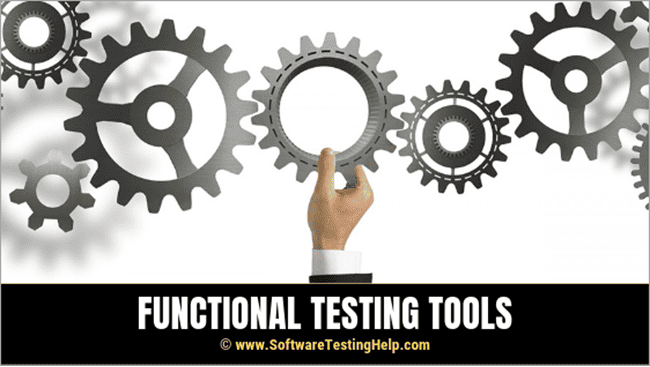 It’s now the right time to know more about the need for Functional Testing tools.

But which tools we should opt for is really a confusing one. The market is full of a number of automation tools for test management, load testing, GUI testing, functional testing, etc. My suggestion would be to opt for a tool which is on-demand, easy to learn as per your skills, generic and effective for the required type of testing.

Here, I am trying to monitor and serve all the possible top functional tools. One can choose the best one as per the requirement of the environment, organization, cost, skills, etc.

Here is the list and comparison of the top functional test tools.

With the use of this tool, functional test automation will be more productive. Kobiton’s Session Explorer allows testers to zoom into the test failures easily.

Kobiton is a consolidated test platform for web, hybrid, and native mobile apps. Parallel automation execution with mobile testing tools is supported by it.

TestComplete is a GUI test automation tool that tests every desktop, web, and mobile application openly integrates within the SDLC ecosystem, is used by both technical and non-technical users. Deliver the quality of your application with incredible scale and efficiency.

Digivante raises the bar for digital quality on online platforms. They’re a leading quality assurance service provider, delivering testing for enterprises with unrivalled coverage, speed, and quality. They’re proud of their human approach, blending testers and tech for a solution you can stake your digital product’s future on.

Their flexible solutions integrate with your software development lifecycle to enhance the quality of your digital product releases. Their expert crowd testing community of tens of thousands in over 149 countries delivers the equivalent of weeks of testing in just days or even hours. All defects are verified before being passed on to customers.

Avo Assure helps you to:

testRigor’s approach is based on how manual QA tests a product with plain English test cases. No knowledge of the underlying codebase is required since testRigor does not rely on Xpaths or code implementation.

testRigor made the cut by proving they have a true end-to-end solution that accommodates all functional testing endeavors. If a manual QA person can test it, testRigor can automate it.

Selenium is an open source functional testing tool and one can download and use it without any cost. It is supported by the Apache 2.0 license. It is a web application testing product and it accepts many languages to write its test scripts, the languages namely include C#, Java, Perl, PHP, Python, Ruby and Groovy. It can be deployed on Windows, MAC OS, and Linux.

Selenium can be learned in two parts – Selenium IDE and Selenium WebDriver or Selenium RC. Selenium IDE is nothing but the record and play part of the tool. And it’s better to use Selenium Web driver for testing web applications. The Selenium Web – driver is an advanced form of Selenium RC, which takes care of the later limitations. 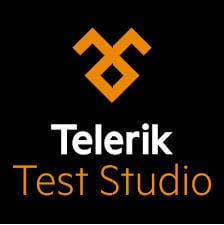 This is one of the most simple and user-friendly testing tools in the market. It provides functional, exploratory, performance as well as load testing solutions. Though it’s not free, its subscription to download the complete tool along with its license is available at a reasonable amount of $170 per month.

It comes with Visual Studio plug-in, hence in order to bring the best out of this tool, one must know the visual script.

CUI test is a Microsoft tool. To use this tool the user shall need visual studio 2013 virtual machine which is also a Microsoft product. Its latest version was released with VS 2013.

By using the CUI test tool one can completely automate tests for validating the functionality and the behavior of the application. Before considering this tool, one must check for the latest cost of the CUI test tool and VSTS licenses cost with Microsoft.

The UFT is a combination of Micro Focus QTP (GUI testing tool) and Micro Focus Service Test (API testing tool). In this tool, Visual basic scripting is used to automate the scripts. Here, users can combine manual, automated and framework based test scripts in one IDE.

Sahi is an open-source automation testing tool. It is easy to set up and understand the concept of the record and playback scripts. Sahi being an open source provides limited functionality when compared to the other open source tools.

However, its enhanced version Sahi Pro is a paid tool with license and has an additional set of features to make the tool a complete commercial version package. JavaScript-based scripts are used for programming test scripts.

This is an excellent open-source tool for functional, load, compliance and security testing to test/work with SOA (service-oriented architectures) and REST (representational state transfers) web services.

SOAPUI PRO is the commercial version which has additional features to increase productivity. SOAPUI is cross-platform and also supports IDEA, Eclipse, and NetBeans. Apart from testing, this tool can be used in inspecting, invoking, development, simulation, and mocking.

This is one of the most popular tools for automated testing. With the help of this automated testing tool and it’s defect management framework, a tester can link all the tests with the requirements and the design documents. The test scripts produced by recording are either in Java or in visual basic.Net.

One can perform functional, regression, GUI and data-driven testing with this tool.

Ranorex Studio is a commercial Windows GUI test automation tool that supports functional UI testing on desktop, web, and mobile applications. Used by over 4,000 companies worldwide, Ranorex Studio is easy for beginners with a codeless click-and-go interface and helpful wizards, but powerful for automation experts with a full IDE. See all the supported technologies here.

Borland Silk automation testing tool is one of the best tools for maximizing effectiveness, speed and cost-efficiency of applications. This tool provides the best solutions for the web and mobile technologies to the QA, developers, and non-technical stakeholders.

Borland Silktest 13 is the latest version which provides playback support for web applications running in Google Chrome and Firefox 7 on Firefox 11.

It tries to create test cases that are independent of the software technologies and provides them in business language that everyone can understand easily. Hence the test cases are created in less time and can be used as manual tests or automated test scripts. Its approach is very effective in maintaining tests with the recurring changes throughout the sprint cycles of Agile methods.

Rapise is an automated functional testing tool for web applications and GUI applications (client-server and standalone applications). It has a great inbuilt feature to support different technologies, browsers, and environments.

It works very well with Spira Test for distributed testing and test management. The basic test scripts are customized and written in JavaScript. It costs $4,999.99 per machine. However, its free trial is also available.

QA Wizard is a testing solution for functional testing, load testing, and stress testing. A tester can use the same set of functional test scripts for getting performance and stress quality of an application. Like other tools, this tool also supports a variety of technologies like HTML 5, Ajax, .Net, Active X, Oracle Forms, Infragistics controls, QT, etc.

It also supports cross-browser testing using the same set of scripts. It costs $25 per month, including annual maintenance that is free support and upgrades.

AutoIt is a simple freeware tool to automate windows based task. It works for actions like key presses, win commands and mouse movements. Other versions of AutoIt are AutoItX (ActiveX control version) and AutoItDLL (DLL version).

Its scripts can be compressed and stand-alone executed on computers which do not have AutoIt interpreter installed.

Robotium is an open-source testing tool for Android applications. This is similar to Selenium but very easy to use because of its simple API. Apart from functional, it can also be used for system and User acceptance testing.

Make sure that your web apps, websites and mobile apps work everywhere by running functional tests on real devices, real browsers, and under real-world conditions.

Running functional tests with test IO lets you call upon the skill and insight of thousands of testing professionals to improve the quality of your websites and mobile apps. Over two hundred customer-obsessed organizations rely on the power and flexibility of test IO to ship high-quality software faster.

V-test is a functional and regression testing tool for web applications. Little programming skill of Javascript is required for scripting languages. Like other tools this tool includes four main steps to work: Recording, Playing, Editing, and Analysis.

Along with functional testing, Q Engine is capable of testing a website or web service on Windows and Linux with capability testing, Stress testing, Regressed testing, Performance testing, etc.

This testing tool is made for continuous integration and continuous delivery type environment and hence it is best in the cloud-based platform. It supports more than 700 combinations of browsers, OS and device platforms.

TestDrive is a fast automation tool that requires no scripting language. It supports platforms like Windows/Linux and many languages like Java, .Net, AJAX, Oracle, etc.

Cucumber is an open-source testing tool that is written in the Ruby language. This tool works best for behavior-driven development. But it can also be used to test other languages like Java, C#, and Python. Cucumber for testing uses some Ruby programming.

Marathon is a testing tool that is made up of JAVA/SWING for testing GUI applications. It is extremely simple and open-source tool. The use is not required to know Java or swing to work with it. However, the scripts are in Python.

This tool is mainly used for functional testing with acceptance tests and end-user tests.

Its enterprise can be used as a complete package for functional, load and performance testing along with business service monitoring.

Max Q is an open source web application testing tool. It provides all important features like HTTP test recording, test scripting and test running. It is written in Java and generates test scripts in PYTHON.

The tool uses the Eclipse-based scripting platform for functional and regression test scripts called OpenScript. By using JAVA the user can enhance/customize the scripts.

Jtest is an automation tool by Parasoft for Java software testing and Static analysis. Apart from this, the tool is having many other important features. Hence it is used by many companies like Cisco, Wipro etc. on the license.

Using the Certify Execution manager is like following a set of processes to ensure the quality of the system. The set of processes includes grouping test scenarios, setting the orders/priorities of tasks, managing dependencies, and availability of resources during automation testing.

Touchtest automation tool is basically for mobile testing, it includes functional testing and regression testing. This tool is efficient in recording and replaying all the mobile applications with full accuracy for performance and functional testing.

SmarteScript is easy for new users but it also provides strong functionalities for experienced users. No language skills are required to use this tool. It supports many platforms like All Microsoft .NET compilers, Java, AJAX, IE, VB6, Microsoft Visual C++, Intel C++, Microsoft Visual Basic, and Console.

Feel free to pick any tool from the above list based on your project requirement!!