An Introductory Tutorial On Data Structures In C++.

“Data structure can be defined as an organized collection of data that helps a program to access data efficiently and rapidly so that the entire program can function in an efficient manner. “

We know that in the programming world, data is the center and everything revolves around data. We need to do all data operations including storing, searching, sorting, organizing, and accessing data efficiently and only then our program can succeed. 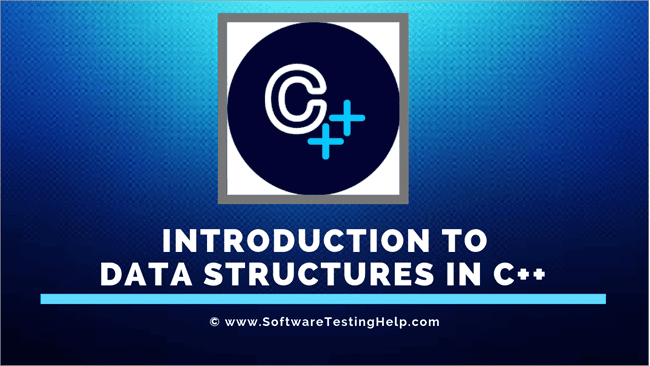 We need to find the most efficient way of storing data that can help us to build dynamic solutions. Data structure helps us in building such solutions.

While organizing or arranging data into structures, we need to ensure that the arrangement represents nearly a real-world object. Secondly, this arrangement should be simple enough so that anyone can access it easily and process it whenever required.

After learning this tutorial series, the reader should become well acquainted with each data structure and its programming.

Let us go through some of the terms that we use while dealing with data structures:

For Example, take a particular student. A student can have the following details as represented pictorially.

The reader should be aware of all these terms as we use them every now and then when using various data structures.

Let us discuss the need for data structure in Programming.

Need For Data Structure In Programming

As the amount of data continues to grow, the applications become more and more complex, hence it becomes difficult for the programmer to manage this data as well as the software.

Typically, at any time, the application may face the following hurdles:

#1) Searching Large amounts of Data: With a large amount of data being processed and stored, at any given time our program may be required to search a particular data. If the data is too large and not organized properly, it will take a lot of time to get the required data.

When we use data structures to store and organize data, the retrieval of data becomes faster and easier.

#2) Speed of Processing: Disorganized data may result in slow processing speed as a lot of time will be wasted in retrieving and accessing data.

If we organize the data properly in a data structure while storing, then we will not waste time in activities like retrieving, organizing it every time. Instead, we can concentrate on the processing of data to produce the desired output.

#3) Multiple Simultaneous Requests: Many applications these days need to make a simultaneous request to data. These requests should be processed efficiently for applications to run smoothly.

Data structures used in C++ can be classified as follows. 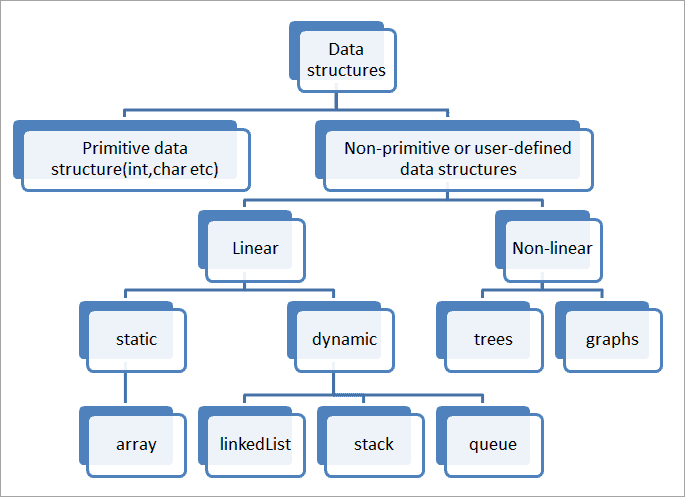 We have seen all the data types supported in C++. As this is also a way of organizing data, we say it’s a standard data structure.

The most popular example of linear static data structure is an array.

The above shown is an array ‘a’ of n elements. The elements are numbered from 0 to n-1. The size of the array (n in this case) is also called the dimension of the array. As shown in the above figure, the name of the array points to the first element of the array.

The array is the simplest data structure and is efficient as elements can be accessed using subscripts directly. If we want to access the third element in the array then we just have to say a[2].

Stack is a linear data structure in which the elements can be added or removed only from one end known as “Top” of the stack. In this way, stack exhibits LIFO (Last In, First Out) type of memory access. 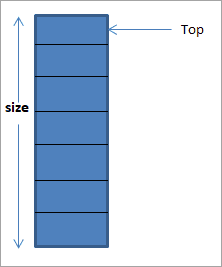 As shown above, elements in the stack are always added at one end and also removed from the same end. This is called the “Top” of the stack. When an element is added, it is pushed down the stack and top of the stack is incremented by one position.

The queue is yet another linear data structure in which the elements are added at one end called “rear” and deleted from another end called “front”. Queue demonstrates FIFO (First In, First Out) the type of memory access methodology.

Trees are non-linear multilevel data structures having a hierarchical relationship between the elements. Elements of the tree are called Nodes. 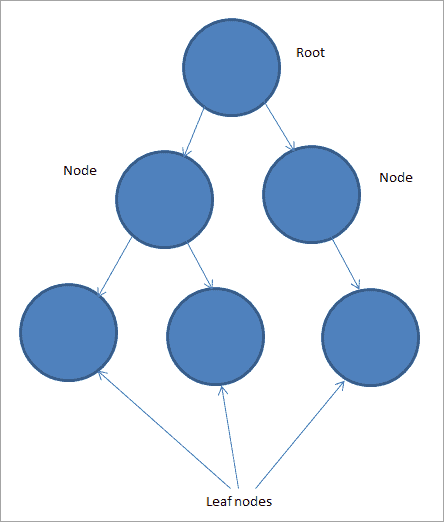 In the above diagram, we have shown a tree with 6 nodes. Out of these three nodes are the leaf nodes, one topmost node is the root and the others are child nodes. Depending on the number of nodes, child nodes, etc. or the relationship between the nodes, we have different types of trees.

The graph is a set of nodes called vertices connected to each other by means of the links called Edges. Graphs can have a cycle inside it i.e. the same vertex can be a starting point as well as the end point of a particular path. Trees can never have a cycle. 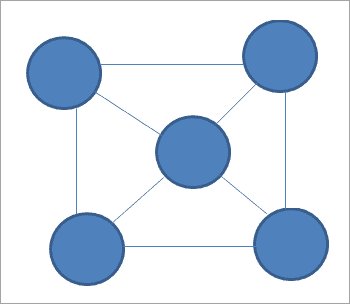 All the data structures perform various operations on its elements.

These are common to all data structures and are listed as follows:

In our subsequent topics, we will first learn the various searching and sorting techniques to be performed on data structures.

In our subsequent tutorials, we will explore more about data structures along with the various searching and sorting techniques.