List and comparison of the Most Popular Online free Code Editor for Windows and Mac Users to Improve Your Coding Speed:

What is a Code Editor?

Code editors or source code editors are the software that is designed specifically to help developers in coding. These are actually the text editors with some additional functionalities to manage and edit code. It can be standalone or it can be a part of an IDE.

Using the best code editor can improve the speed of coding. 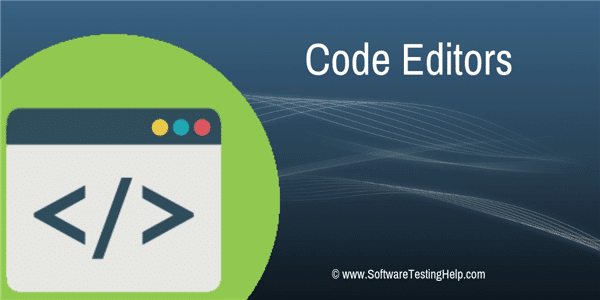 The code editors don’t compile the code. It just allows you to write and edit the source code.

When developers write code using these editors, it takes care of syntax.

Code editors immediately warn for any syntax errors. Developers don’t have to worry about syntax. Auto indentation & auto-completion saves a lot of time. Some editors like sublime text and visual studio code have an integrated terminal.

Enlisted below are the various Features of these Editors:

How are Code Editors Different from IDE and Text Editors?

IDE includes debugging functionalities, code generators, and many other complex functionalities to help the developers, whereas code editors help developers in coding. According to programming languages, it highlights keywords and syntax errors.

Pros and Cons of Using These Editors:

Some features of these editors are better than IDE like theme selection and searches, which are important while writing the code. Meanwhile, instead of editing few lines and debugging constantly, with code editors you can concentrate more on coding.

Another reason for using these editors instead of IDE is that IDE uses more resources like CPU, memory, and disk space. The coding editors don’t use many resources, hence they are fast.

Points to consider while selecting the best editor for your project:

Review of the Best Code Editors in 2019

Here is the list of the best code editors for programmers. The list includes online editors for Windows and Mac users. 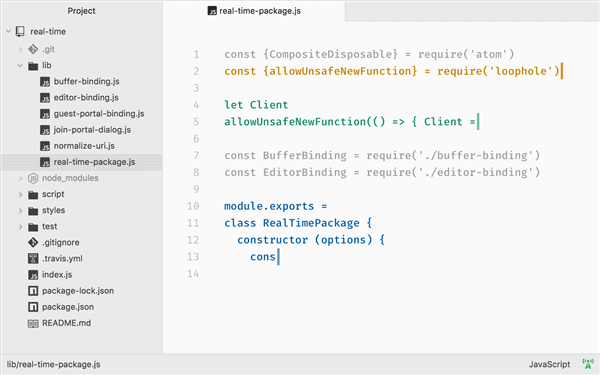 Atom, text and source code editor is developed by GitHub. It is an open source tool and the user can use it as an IDE.

Findings: Atom is an open source tool. It has very good community support. You can use Atom for basic and advanced programming. It can be used as an IDE.

Recommended Reading  =>>For detailed comparison of Atom and Sublime Text 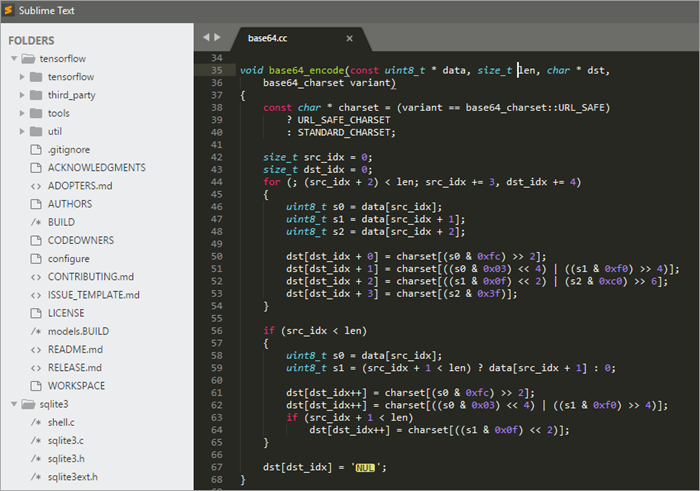 The sublime text editor is for Windows, Linux, and Mac.

Tool Cost /Plan Details: You have to buy the license for USD $80. A free trial is also available.

Findings: Sublime Text is the best coding editor for beginners. Especially it is best for HTML and PHP. Apart from that, it supports many other programming languages as well. 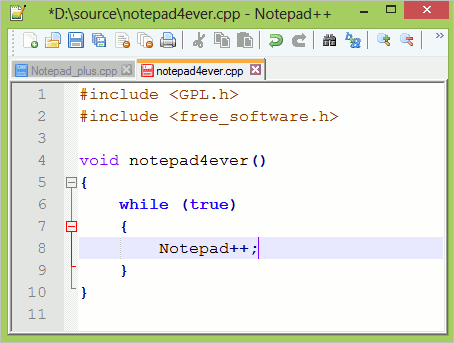 Notepad++ is a source code editor for Windows, Linux, and UNIX. It can also be used on Mac using a third party tool. Its latest available version is 7.5.8.

Findings: Notepad++ is a free code editor. It is used for coding in HTML, CSS, JavaScript, and PHP. Its code highlighting functionality helps in writing the code without error. 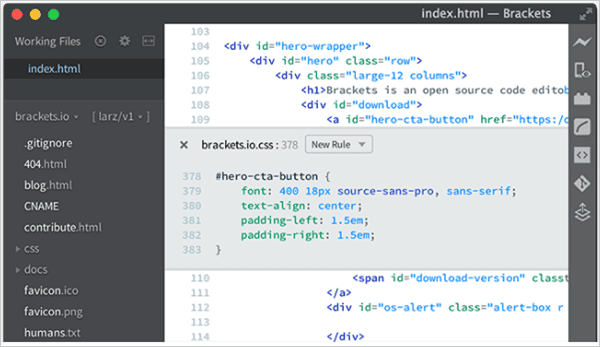 Brackets is a text editor for web designing or web development. It is an open source tool. Its latest release is 1.13. It can be used on Windows, Linux, and Mac OS.

Findings: It is an open source text editor for Mac. Brackets have good community support. 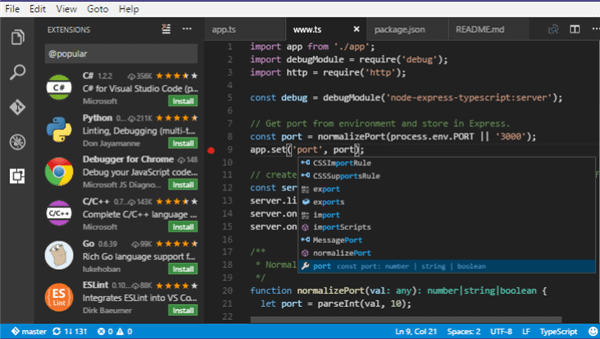 Visual Studio Code is an open-source tool. It can be used on Windows, Linux, and Mac and You can run it everywhere.

Visual Studio can be used for:

Findings: Visual Studio Code is a lightweight application and is mainly used for ASP.Net and C#.

Suggested reading => VS Code Vs Atom: A Comparison 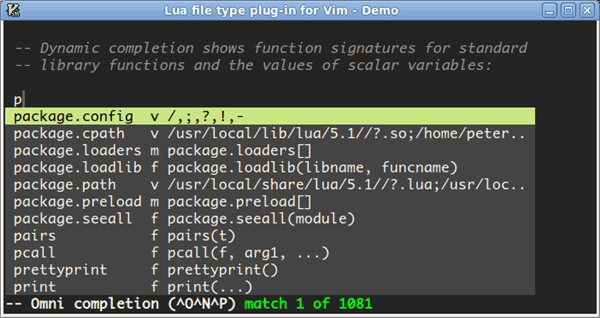 Vim text editor provides support for hundreds of programming languages. In UNIX and Mac, it is known as vi. Its latest available version is 8.1.

Findings: Vim is a good text editor, however it has a steep learning curve. 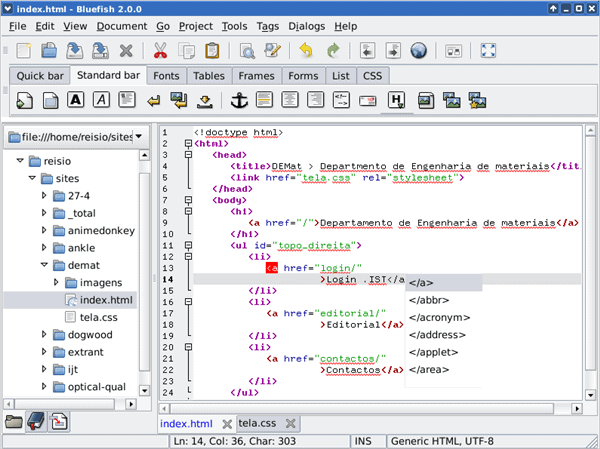 Bluefish is a free text editor. It can be used on many operating systems like Windows, Linux, Mac OS, and Solaris. This easy to use system can be used for programming and websites developments.

Bluefish can be used for:

Findings: Bluefish supports many markup languages and it is well known for its high speed. 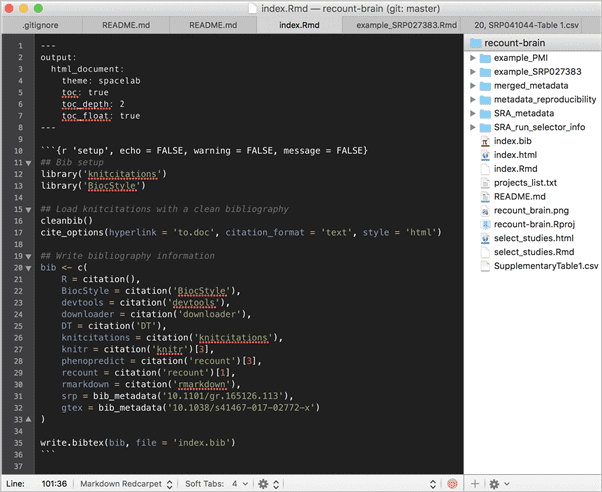 TextMate is a Mac text editor. You can use TextMate for more than 50 languages.

Findings: TextMate is one of the best free text editors for Mac. The option of Smart switching between the files helps a lot. 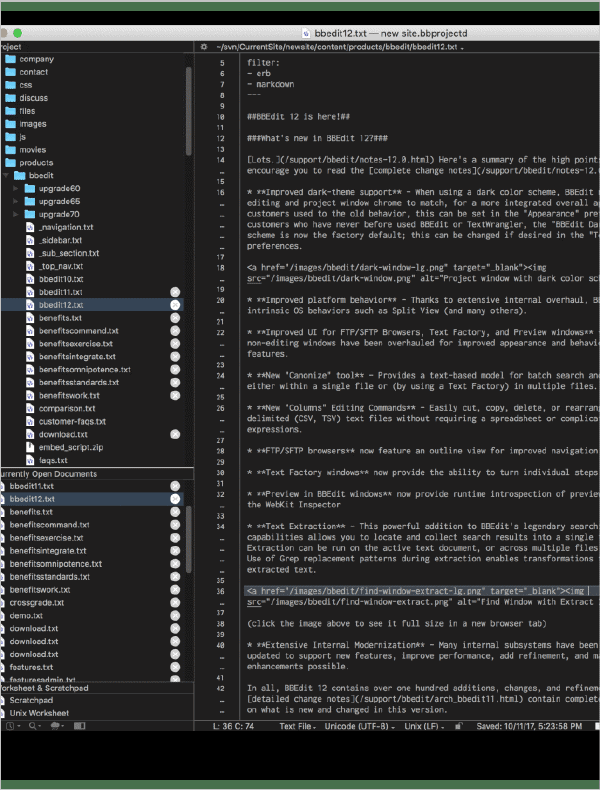 TextWrangler is a text and code editor for Mac OS. It is now known as BBEdit. It has integrated support from Mac OS X’s Spelling service.

For syntax coloring and function navigation, it supports the following languages:

Findings: TextWrangler is the text editor for Mac. It is not free but offers good features at a small price.

UltraEdit is a text editor by IDE Computer Solutions. It can be used on Windows, Linux, and Mac OS. It has features for developers and enterprises as well. One UltraEdit license can be used on three machines of any platform.

Findings: It is a little expensive solution but offers good features and it is worth the price.

#11) Light Table: It can be used on Windows, Linux, and Mac. It is a lightweight open source application. It provides many features like inline evaluation, watches, malleable, and plugin manager.

#12) Coda: Coda is a text editor for Mac OS. It provides you with a feature of opening and managing local and remote files.

It provides many features like touch bar, fast syntax highlighting, guidance in vertical indentation, plugins, and helps in syncing your sites and passwords. You can buy it for $99.

#13) jEdit: jEdit can be used on Windows, Mac, UNIX, and VMS. For auto indentation and syntax highlighting it supports more than 200 languages. It is available for free. It has a plugin manager, for managing plugins.

#14) gedit: gedit is an open source text editor. It can be used on Windows and Mac. It provides many features like editing from remote locations, auto indentation, undo, file reverting, and much more.

#15) CoffeeCup: CoffeeCup HTML editor is easy to use. You can start website designing from scratch or you can use it to edit the existing one. It will provide several features in a cost-effective way. It has two versions, one is free and you can buy another one for $49.

The Atom code editor is specially made for developers and is a good option for basic and advanced programming. Sublime text is good for HTML and PHP programming beginners. Notepad++ has good code highlighting functionalities.

Brackets is an inline text editor for web designing. With Brackets, you can view the changes instantly. Visual Studio Code is the best solution for ASP.Net and C#. Vim is a good text editor but the only problem with that is, it has a steep learning curve.

Bluefish is best known as a high-speed PHP editor. TextMate and TextWrangler are the text editors for Mac only. UltraEdit is good for handling large files.

Hope you enjoyed this informative article on Code Editors!!