This tutorial gives a detailed account of the C++ Shell or system () call that is used to invoke the operating system command from a C++ program.

In the software programming world, most of the operating system APIs are targeted at C. C++ language provides direct support for calling C functions from the C++ code.

Hence, in this case, C++ also becomes a system programming language. C++ provides a “system ()” command to invoke the operating system commands from the C/C++ program.

In other words, we can say that the system () command executes a C++ shell command. In this tutorial, we will discuss the execution of the shell command or system () in detail. 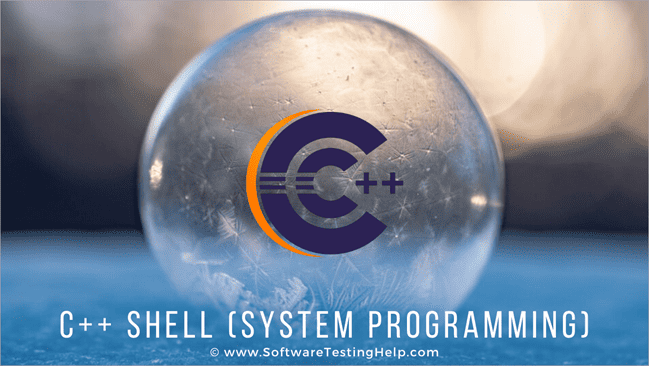 Now let’s discuss the System call and its details with examples.

command=> A C-string containing the command to be executed.

If a null pointer is passed, then only a check for the command processor is done.

Return Value: Returns an int value. The value returned depends on whether the C-style string is specified as an argument or if a null pointer is specified.

Description: The system command executes a command supplied as an argument. The value returned by executing the command is usually system and library implementation-dependent. If a null pointer is passed instead of a command, then this call simply checks if the command processor is available or not.

The call returns a non-zero value if the command processor is available and zero otherwise.

Using system (), we can run almost any command provided the operating system allows it. For example, we can run the system (“dir”) or system (“ls”) with equal ease. In fact, we can even invoke the GCC compiler from our program.

Enlisted below are a few examples of system commands that are used in C++ to execute the C++ shell commands.

This example shows the system command demonstration with a null pointer as an argument.

The below example shows the execution of the ls command wherein the output is piped to a text file “output.txt”. After the system () call is executed, we print the contents of the output.txt.

The C++ program below is the continuation of the previous example. Here we execute the ls command that is redirected to output.txt using a system call. Then we execute another system call with the “rm” (remove) command to remove file output.txt.

After this, we again execute the ls command, and this time we redirect the output to another file i.e. text.txt. Finally, we print the contents of the text.txt file. 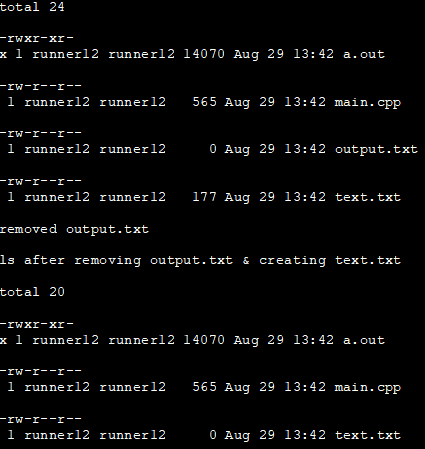 The following program shows an example of a system (“pause”) call.

As already mentioned, the system (“pause”) call is very slow and is operating system dependent. The steps mentioned above are heavy to execute.

Additionally, the system calls may also pose some security risks. Hence we usually do not rely on the system (“pause”) calls in our programs.

Instead, we can use cin.get to achieve the same functionality as a system (“pause”) as shown in the below program.

The most common uses of system calls are for system (“pause”) and system (“cls”) commands. Library functions are built-in functions that contain functions related to math, file I/O, etc.

In this C++ Shell tutorial, we discussed various system functions. We saw examples of passing a null pointer to system command that checks if the command processor is available or not. We also discussed the system (“pause”) command and its alternatives in detail.