In this tutorial, we will familiarize ourselves with the types and techniques of Black-box Testing along with its process, advantages, disadvantages and some automation tools to test it other than manual testing.

We will also explore the differences between White Box Testing and Black Box Testing.

Most of us perform Black Box Testing every day!

Whether we have learned or not, we all have performed Black box Testing many times in our day to day life!!

From the name itself we can probably understand that it implicates interacting with the system that you are testing as a mystery box. It means that you are not knowledgeable enough about the internal working of the system but you know how it should behave.

If we take an example to test our car or bike, we always drive it to make sure that it doesn’t behave in an unusual way. See? We have already done Black Box Testing. 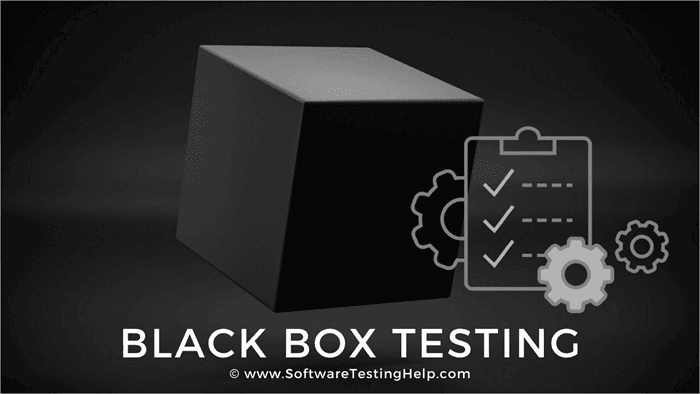 What is Black Box Testing?

It is a Software Testing method that analyzes the functionality of a software/application without knowing much about the internal structure/design of the item that is being tested and compares the input value with the output value.

Behavioral test design is slightly different from the black-box test design because the use of internal knowledge isn’t strictly forbidden, but it’s still discouraged. Each testing method has its own advantages and disadvantages. There are some bugs that cannot be found using black box or white box technique alone.

A majority of the applications are tested using the Black Box method. We need to cover the majority of test cases so that most of the bugs will get discovered by the Black-Box method.

This can be either Functional or Non-Functional. 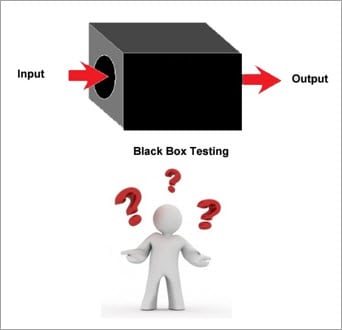 Practically, there are several types of Black Box Testing that are possible, but if we consider a major variant of it then only the below mentioned are the two fundamental ones.

This testing type deals with the functional requirements or specifications of an application. Here, different actions or functions of the system are being tested by providing the input and comparing the actual output with the expected output.

For example, when we test a Dropdown list, we click on it and verify if it expands and all the expected values are showing in the list.

Apart from the functionalities of the requirements, there are even several non-functional aspects that are required to be tested to improve the quality and performance of the application.

Black Box Testing tools are mainly record and playback tools. These tools are used for Regression Testing to check whether a new build has created any bugs in the previous working application functionality.

These record and playback tools record test cases in the form of scripts like TSL, VB script, Javascript, Perl, etc.

In order to systematically test a set of functions, it is necessary to design test cases. Testers can create test cases from the requirement specification document using the following Black Box Testing techniques:

Let’s understand each technique in detail.

Hence, instead of using each and every input value, we can now use any one value from the group/class to test the outcome. This way, we can maintain test coverage while we can reduce the amount of rework and most importantly the time spent.

As present in the above image, the “AGE” text field accepts only numbers from 18 to 60. There will be three sets of classes or groups.

A valid class will be anything between 18 and 60.

We have thus reduced the test cases to only 3 test cases based on the formed classes thereby covering all the possibilities. So, testing with any one value from each set of the class is sufficient to test the above scenario.

Recommended Read => What is Equivalence Partitioning?

The name itself defines that in this technique, we focus on the values at boundaries as it is found that many applications have a high amount of issues on the boundaries.

Boundary refers to values near the limit where the behavior of the system changes. In boundary value analysis, both valid and invalid inputs are being tested to verify the issues. 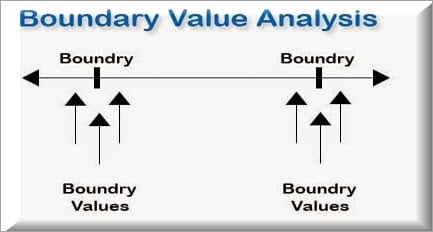 As the name itself suggests, wherever there are logical relationships like:

Take an example of XYZ bank that provides an interest rate for the Male senior citizen as 10% and 9% for the rest of the people. 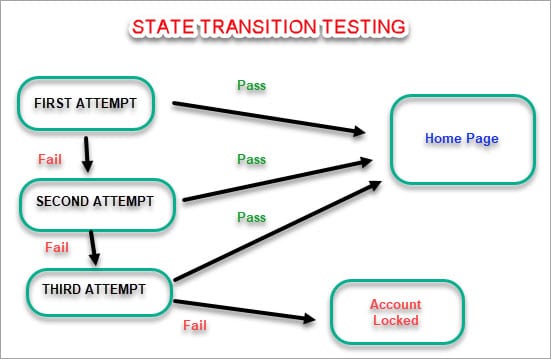 In this method, different independent versions of the same software are used to compare to each other for testing.

How do I do Step-wise?

Given below are some of the differences between the two:

As it is not possible to test everything with human involvement with 100 percent accuracy, if the above-mentioned techniques and methods are used effectively, then it will definitely improve the quality of the system.

Hope you would have gained an in-depth knowledge of Black Box Testing techniques from this informative tutorial.

155 thoughts on “Black Box Testing: An In-depth Tutorial with Examples and Techniques”