This Tutorial Discusses Various Real World Applications of C++ Language Along With Some Useful Software Programs Written In C++:

Apart from that, we will also discuss existing software programs written in C++ that we use in our daily life. 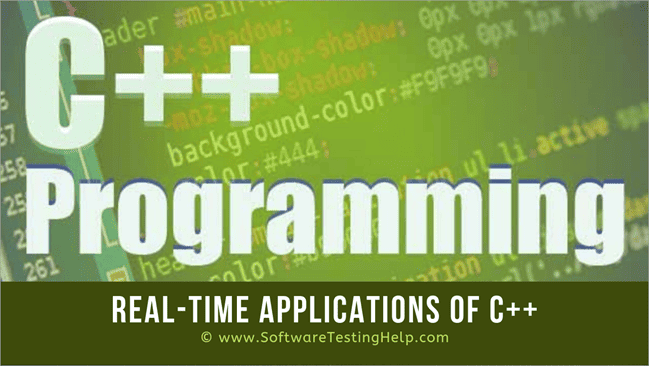 Enlisted below are the applications that use C++.

C++ is close to the hardware, can easily manipulate resources, provide procedural programming over CPU intensive functions and is fast. It is also able to override the complexities of 3D games and provides multilayer networking. All these benefits of C++ make it a primary choice to develop the gaming systems as well as game development suites.

C++ can be used to develop most of the GUI based and desktop applications easily as it has got the required features.

Some examples of GUI based applications, written in C++, are as follows:

Most of the applications of the adobe systems including Illustrator, Photoshop, etc. are developed using C++. 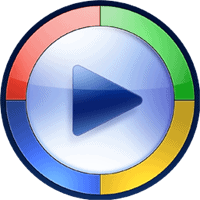 Win amp media player from Microsoft is a popular software that has been catering to all our audio/video needs for decades now. This software is developed in C++.

C++ is also used in writing database management software. The two most popular databases MySQL and Postgres are written in C++.

MySQL, one of the most popular database software that is used widely in many real-world applications is written in C++.

This is the world’s most popular open-source database. This database is written in C++ and is used by most of the organizations.

The fact that C++ is a strongly typed and fast programming language makes it an ideal candidate for writing operating systems. In addition to this, C++ has a wide collection of system-level functions that also help in writing low-level programs.

Most of the software from Microsoft is developed using C++ (flavors of Visual C++). Applications like Windows 95, ME, 98; XP, etc. are written in C++. Apart from this, the IDE Visual Studio, Internet Explorer, Microsoft Office are also written in C++.

Browsers are mostly used in C++ for rendering purposes. Rendering engines need to be faster in execution as most people do not like to wait for the web page to be loaded. With the fast performance of C++, most browsers have their rendering software written in C++.

Mozilla internet browser Firefox is an open-source project and is developed completely in C++.

Just like the Firefox browser, the email client from Mozilla, Thunderbird is also developed in C++. This is also an open-source project.

Google applications like Google File System and Chrome browser are written in C++.

Maya 3D software from Alias system is developed in C++ and is used for animation, virtual reality, 3D graphics, and environments.

As C++ aids in concurrency, it becomes the default choice for banking applications that require multi-threading, concurrency, and high performance.

Bloomberg is a distributed RDBMS application that is used for accurately providing real-time financial information and news to investors.

While Bloomberg’s RDBMS is written in C, its development environment and set of libraries are written in C++.

Compilers of various high-level programming languages are written either in C or C++. The reason is that both C and C++ are low-level languages that are close to hardware and are able to program and manipulate the underlying hardware resources.

Various embedded systems like smartwatches, medical equipment systems use C++ to program as it is closer to the hardware level and can provide a lot of low-level function calls when compared to the other high-level programming languages.

C++ is used in developing many enterprise software as well as advanced applications like flight simulation and radar processing.

C++ is faster than most of the other programming languages and also supports multithreading with concurrency. Thus in Applications where the speed along with concurrency is required, C++ is the most sought-after language for development.

Apart from speed and performance, C++ is also close to hardware and we can easily manipulate hardware resources using C++ low-level functions. Thus C++ becomes the obvious choice in the applications that require low-level manipulations and hardware programming.

In this tutorial, we have seen the various applications of C++ language as well as software programs that are written in C++ that we as software professionals use every day.

Though C++ is a tough programming language to learn, the range of applications that can be developed using C++ is simply astonishing.