Starting with the basics, this JDBC tutorial explains components, architecture, and types of drivers in Java Database Connectivity (JDBC):

This tutorial explains what is JDBC, its versions released till now, what are the pre-requisites needed before proceeding with JDBC, types of Drivers, etc. At the end of this tutorial, you will know the basics of Java Database Connectivity or JDBC and where can we use it.

Let’s start this tutorial with the basics of JDBC. 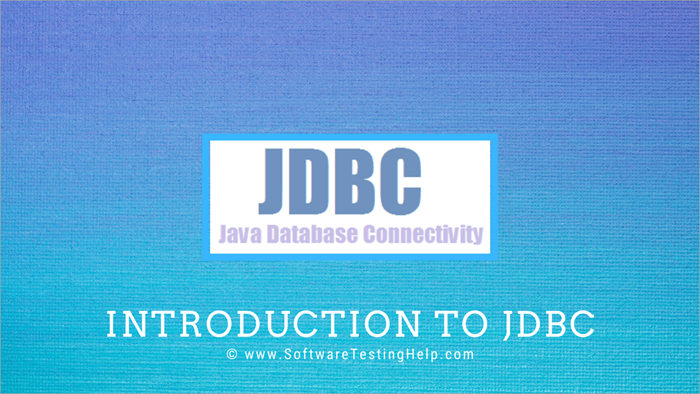 In most Java applications, there is always a need to interact with databases to retrieve, manipulate, and process the data. For this purpose, Java JDBC has been introduced.

JDBC is the commonly used short form for Java Database Connectivity. By using JDBC, we can interact with different types of Relational Databases such as Oracle, MySQL, MS Access, etc.

Also read =>> How to use MySQL connector (with examples)

Below diagram shows the basic flow of JDBC: 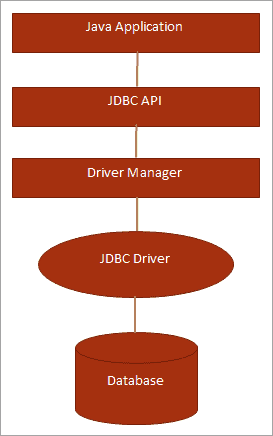 Initially, Sun Microsystems had released JDBC in JDK 1.1 on Feb 19, 1997. After that, it has been part of the Java Platform.

Before going ahead with the JDBC tutorial, you need to have good knowledge about Java so you can use JDBC in Java programs.

Prerequisites to implement JDBC in Java Applications are as follows:

1. Java should be installed in the system where you want to create Java application and use JDBC.

Refer to this link for Java installation.

You can download these files for the specific database using the links in the following table:

Now, Let’s discuss the types of the driver in JDBC to help you choose the one suitable for your program.

All RDMS (Relational Database Management System) need a driver if they are to be accessed from outside of their system. So, JDBC Driver is required to execute SQL queries and get the result from the database.

There are 4 different types of Drivers available in JDBC. They are classified based on the technique which is used to access a Database.

This Driver is platform-dependent because it uses ODBC which depends on the native library of the OS. In this Type, JDBC – ODBC driver should be installed in each client system and the database must support the ODBC driver.

When it is no matter about the installation in the client machine, we can use this driver. It is easy to use but it gives low performance due to the conversion of the JDBC method calls to the ODBC method calls.

Java 8 doesn’t support this type of driver. Oracle recommends that the user makes use of the JDBC drivers provided by their Database vendors. 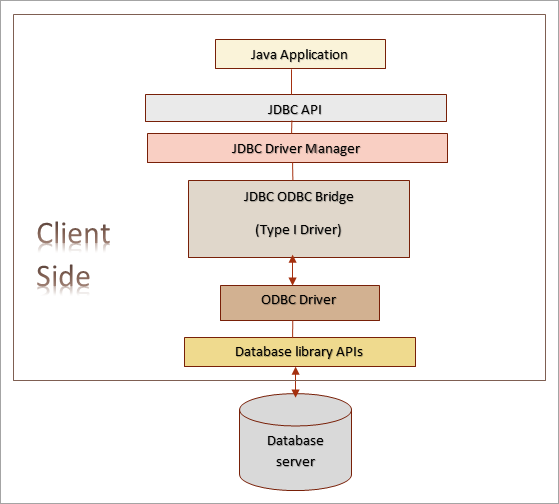 It is similar to Type I Driver. Here, the ODBC part is replaced with native code in Type II Driver. This native code part is targeted at a specific database product. It uses the libraries of the client-side of the database. This Driver converts the JDBC method calls to native calls of the database native API.

When the database gets the requests from the user, the requests are processed and sent back with the results in the native format which are to be converted to JDBC format and give it to the Java application.

It was instantly adopted by the DB vendors because it was quick and inexpensive to implement. It is also in the native format of the DB.

This type of driver gives faster response and performance than the Type I driver. 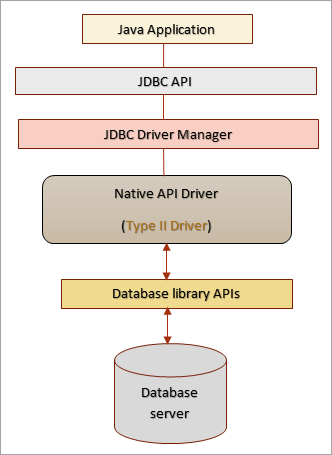 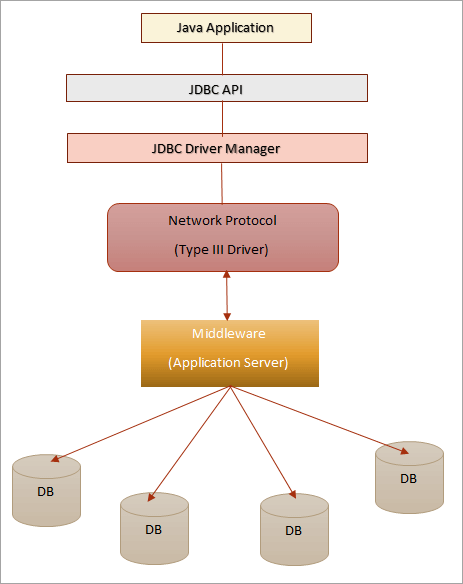 Type IV driver is directly implemented that converts JDBC calls directly into vendor-specific Database protocol. Today, most of the JDBC Drivers are type IV drivers. It is written fully in Java and thus it is platform-independent. It is installed inside the JVM (Java Virtual Machine) of the client, so you don’t have to install any software on the client or server-side. This driver architecture has all the logic to communicate directly with the DB in a single driver.

It provides better performance than the other type of drivers. It allows for easy deployment. Nowadays, this type of driver is developed by the database vendor itself so that programmers can use it directly without dependence on other sources. 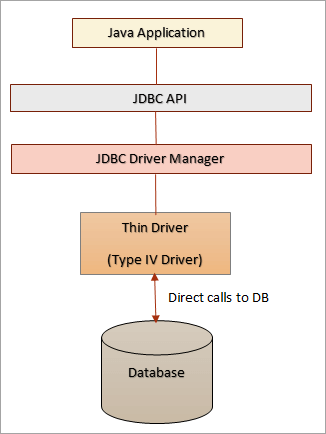 JDBC can be used in Java applications, Applets, Servlets, or any other Java programs where you want to connect with DB.

Architecture And Components Of JDBC

JDBC Architecture: It supports two types of processing models to access the DB.

It helps Java application to directly connect with the database. It needs a JDBC driver for the communication with a particular DB. The user sends the requests to DB and receives the response directly without any mediator except JDBC Driver. The database, either in the same machine or on a remote machine is connected via a network. It can be called as a client-server architecture. 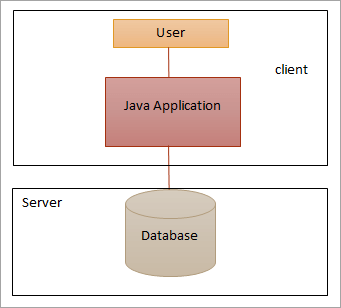 It simplifies deployment and management. Management Information System (MIS) directors use this architecture as it makes it simple to maintain access control and updates to corporate data. 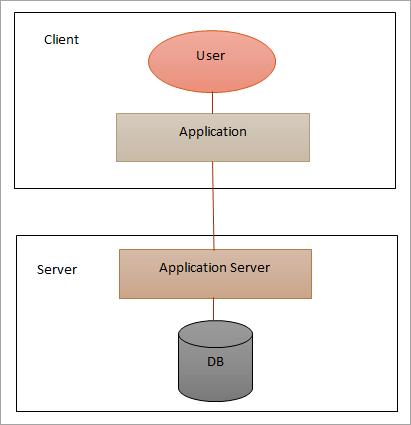 There are 4 main components available in JDBC. They are:

#1) JDBC API: It provides access to relational databases from any Java program. The JDBC API has a set of classes and interfaces which are written in Java that gives a standard tool/ API for developers. Using JDBC API, you can create and execute SQL queries, receive the result, and perform changes to the data and save the results back to the database.

Both packages are available in Java SE and Java EE.

#2) JDBC Driver Manager: The traditional management layer of JDBC is Driver Manager and it acts as an interface between the user and the drivers. It keeps the tracking details of the drivers that are available and establish a connection between the database and the appropriate driver. It defines the objects which can connect Java app to JDBC Driver. Thus, it is the backbone of the JDBC API.

We will discuss the Driver Manager in the next tutorial.

#4) JDBC- ODBC Bridge: This makes use of ODBC drivers as JDBC Drivers. It is similar to the TYPE I driver which is already covered in the driver types section in this tutorial.

In this JDBC tutorial, we have learned about the basics of JDBC and the pre-requisites needed before proceeding with JDBC. We have seen its versions and 4 types of drivers which help the developers decide the type of driver to use in programs.

We also discussed the architecture of JDBC and its 4 core components.