Data Structures are the set of data elements that produce a well-organized way of storing and organizing the data in the computer so it can be used well. For example, the data structures like Stack, Queue, Linked List, etc.

Data Structures are mostly used in the field of Computer Science, Artificial intelligence and Graphics, etc. They play a very interesting role in the life of programmers to store and play with the data in a systematic order while working with dynamic large projects.

Data Structures Algorithms increase the production/execution of the software and a program, that are used to store and get back the user’s related data.

Data Structures act as the roots of large programs or software. The most difficult situation for a developer or a programmer is to select the specific data structures which are efficient for the program or a problem. 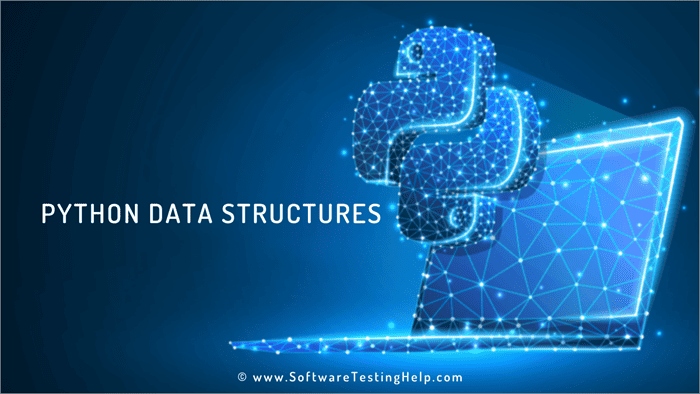 Given below are some terminologies that are used nowadays:

Group Items: The data items which are further subdivided into parts are known as group items. For example, “Student Name” is divided into three parts “First Name”, “Middle Name” and “Last Name”.

Record: It can be described as a group of various data elements. For example, if we talk about a particular company, then its “Name”, “Address”, “Area of knowledge of a company”, “Courses”, etc are combined together to form a record.

File: A file can be described as a group of records. For example, in a company, there are various departments, “Sales departments”, “Marketing department”, etc. These departments have a number of employees working together. Each department has a record of each employee which will be stored as a record.

Now, there will be a file for each department in which all the records of employees are getting saved together.

Attribute and Entity: Let’s understand this with an example!

In the above example, we have a record that stores the names of the students along with their roll number and subjects. If you see, we store the names, roll no and the subjects of the students under the “Names”, “Roll no” and “Subject” columns and fill the rest of the row with the required information.

Attribute is the column that stores the information related to the particular name of the column. For example, “Name = Kanika” here the attribute is “Name” and “Kanika” is an entity.

In short, the columns are the attributes and the rows are the entities.

Field: It is a single unit of information that represents the attribute of an entity.

Let’s understand it with a diagram. 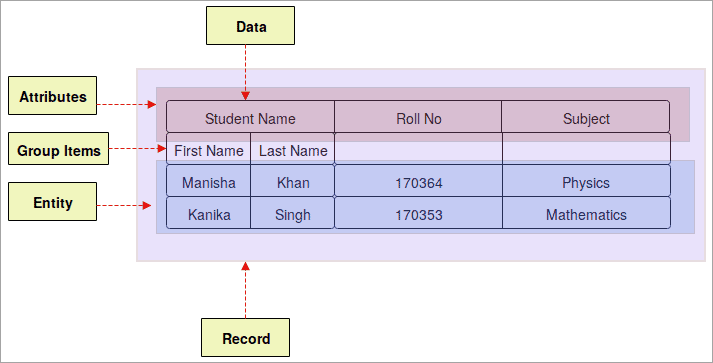 We need data structures nowadays because things are becoming complex and the amount of data is increasing at a high rate.

Processor Speed: Data is increasing day by day. To handle a large amount of data, high-speed processors are needed. Sometimes processors fail while dealing with huge amounts of data.

Data Search: With the increase of data on a daily basis it becomes difficult to search and find the particular data from the huge amount of data.

Multiple Requests: Sometimes multiple users are finding the data on the webserver which slows down the server and the user does not get the result. To resolve this issue, data structures are used.

They organize the data in a well-organized manner so that the user can find the searched data in minimum time without slowing down the servers.

The following operations play an important role in terms of Data Structures: 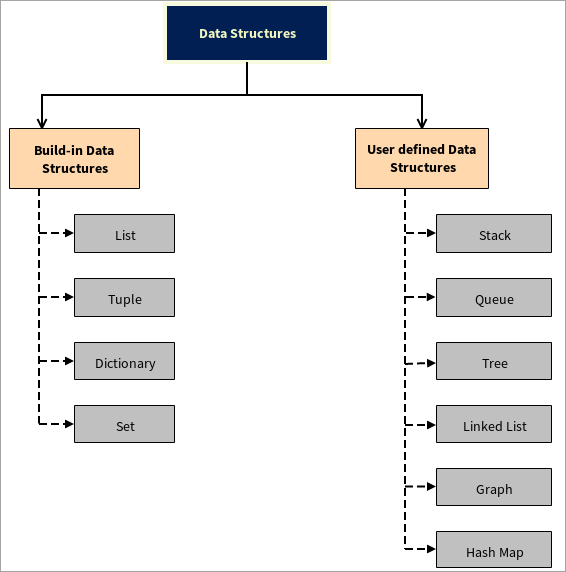 Given below are some Built-in Data Structures: 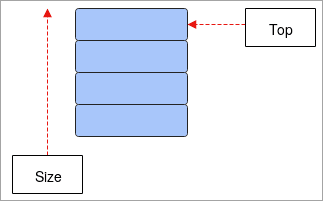 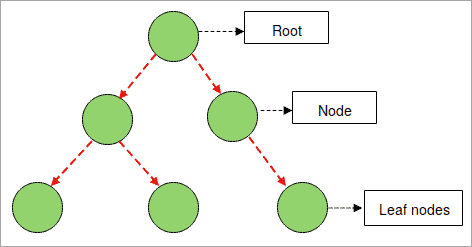 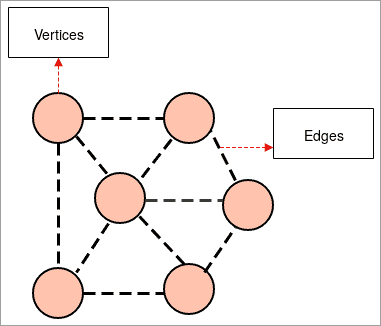 Answer: Yes, the data structures in Python are more versatile. Python has many built-in data structures as compared to other programming languages. For example, List, Tuple, Dictionary, etc which makes it more impressive and makes it a perfect fit for beginners who want to play with data structures.

Q #2) Should I learn data structures in C or Python?

Answer: It depends on the individual capabilities. Basically, data structures are used to store the data in a well-organized manner. All the things will be the same in the data structures in both languages but, the only difference is the syntax of each programming language.

Q #3) What are basic data structures?

In the above tutorial, we learn about the data structures in Python. We have learned the types and sub-types of each data structure in brief.

The below topics were covered here in this tutorial:

=> Check Out All Python Tutorials Here