In software programming, we have various types of programming languages. Major languages amongst them are either procedural or object-oriented in nature.

Discover our entire series of Java Tutorials for Beginners here. 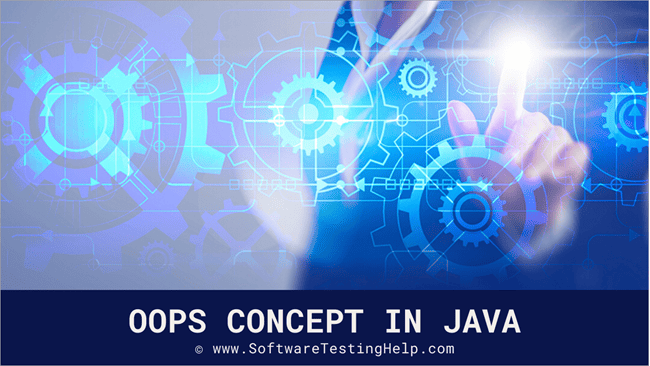 This object bundles up data and the methods that operate on this data in one unit. This way, the data is protected from the outside world by having the methods inside the object. In OOP, the objects communicate with each other through messages.

All these features ensure that the data is secured and at the same time we can also write robust applications. Smalltalk, C++, Java, etc are some of the object-oriented programming languages.

In this tutorial, we will discuss the basics of OOP concerning Java language.

Java is the most sought after programming skill at present. In Java, everything is based on the object. Java has a root class called Object from which the entire functionality of Java is derived. Thus in this tutorial, we will discuss the main features of OOP concerning Java.

Here we are going to discuss how Java supports the following OOP features.

Let’s discuss each of these Java OOP concepts in detail.

A class can be defined as a design prototype or a blueprint. Objects are created from these blueprints. It essentially defines a common type consisting of properties and methods that operate on these properties for this common type. Then we define the instances of this class called objects.

A class has many components as shown in the following figure.

An object represents a real-life entity. In Java, an object is an instance of a class. So a class which is a blueprint may be used to create many objects. These objects often communicate with each other by passing messages to each other through methods.

An object typically has:

For example, if we have a class PetAnimals.

Then we can define an object of this class as follows:

Here the identity of the object is a pig.

Given below is a program that demonstrates class and object.

We will learn more about classes and objects in our specific OOP tutorials topics.

Inheritance is one of the most important characteristics of OOP. Through inheritance, Java promotes the reusability of code.

So what is an inheritance in Java?

Inheritance is a mechanism in Java in which one class can inherit the properties of another class. The properties that can be inherited include data members and methods of the class.

The class that inherits the properties of another class is called the subclass. The inherited class is known as the “super” class in Java.

By inheriting the class, the subclass not only inherits the properties but also reuses the code as the programmer need not once again write the code when it can directly inherit it using inheritance.

In Java, inheritance is achieved by using the “extends” keyword. This extends keyword is used in the definition of the class and is followed by the class name that is to be inherited.

For example, if there are two classes, A and B, and A is to be inherited by B then this inheritance is written in Java as:

As already mentioned, here A is the superclass or base class or parent class. B is a subclass, derived class or child class.

Inheritance is further divided into the following types.

Given below is an example program of Single Inheritance in Java.

Polymorphism is yet another important feature of OOP. Polymorphism is the ability of the language to allow objects or entities to assume multiple forms. For example, a method that has various implementations is polymorphic in Java.

Polymorphism is of two types in Java:

We will discuss polymorphism in detail in our subsequent tutorials.

Given below is an example of compile-time polymorphism in Java wherein we have method add that is overloaded to perform addition with different operand types.

Using data abstraction, we only expose the essential parts of the application that are made accessible to the user. For example, if we have a car, we are not concerned about the internal components of the car, rather we only consider the car as a whole.

Using a data abstraction mechanism, we only identify the necessary details and ignore the irrelevant details. Java uses abstract classes and interfaces to achieve abstraction. Interfaces are 100 % abstract as they only have method prototypes and not their definition.

The below example shows an abstract class and its usage.

Encapsulation is hiding data or protecting the data. In programming, we achieve encapsulation by wrapping data and methods operating on that data under a single unit.

Proper encapsulation can be achieved by making data members private and having the methods operating on these data as public so that data is completely protected from the outside entities.

The below Java program demonstrates the encapsulation concept.

In the above program, we have a class Customer_Account.

In this class, we have data members which are all private. Then for each private field, we provide getter and setter methods to read and set values respectively. These getters and setters are public. This way we protect the data fields by not allowing them any access from outside the class directly.

They can be accessed only through getters and setters. This demonstrates the encapsulation that we described above.

Q #1) What is meant by Object Oriented Programming?

Answer: Object-oriented programming (OOP) is a software paradigm that revolves around data. In OOP, the emphasis is laid on data and thus problems are expressed in terms of objects that are entities consisting of data or fields and methods that operate on these data fields.

By doing so, several distinguishing features of OOP like Inheritance, Polymorphism, Abstraction, and Encapsulation are applied to ensure data safety, reusability, etc.

They are also called four pillars of OOP.

Q #3) Why is Java called Object-Oriented?

Answer: Java has a root class object from which we derive all the other features of Java. Thus without class and object, we cannot have a Java program. Hence Java is called OOP language.

Answer: No, Java is not a pure object-oriented language. As Java also provides primitive data types like int, char, float, double, long, etc. it is not classified as a pure OOP language.

Q#5) What is the difference between C++ and Java?

Answer: Both C++ and Java are Object-oriented languages and support OOP features. But C++ is a compiled language. Java on the other hand is compiled as well as an interpreted language.

The Java interpreter executes the byte code at runtime and generates output that makes it platform-independent. C++ however is platform dependent.

Software objects are like real life objects with state and behavior. The state will be stored as a field and expose its behavior as methods.

Here room is like general design. Within this room, you should design a living room, cooking room, bedroom.

Here “Keepthings()” method should do the basic functionalities required for room and it should have additional specification according to “living room” class and “cooking room” class requirement. So the two classes should inherit the methods in the “room” class.

Behavior (methods) and state of one class inherited to the other class are called inheritance. The methods and state are inherited from the parent class to the child class.

In biology, polymorphism refers to the spices which can have many different forms.

With the same concept in object-oriented programming, the child class can inherit its parent class methods, also it can add unique features to that behavior. Polymorphism can be achieved by method overloading or overriding. 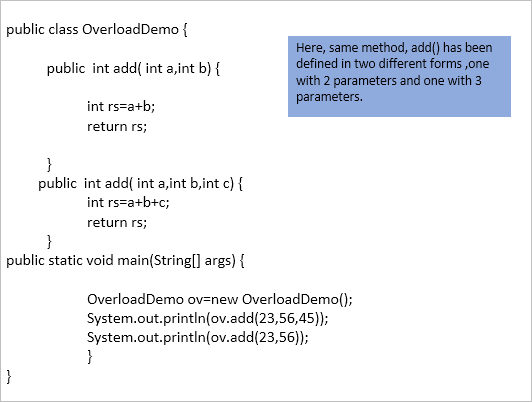 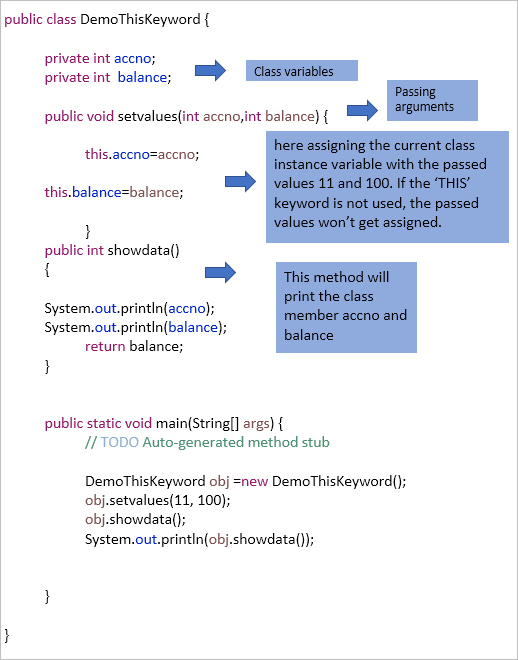 Java constructors are like methods which will be called when the object is created for the class. The constructor should have the same name as the class.

While Creating an object for the class, Myclass myobj =new Myclass (); 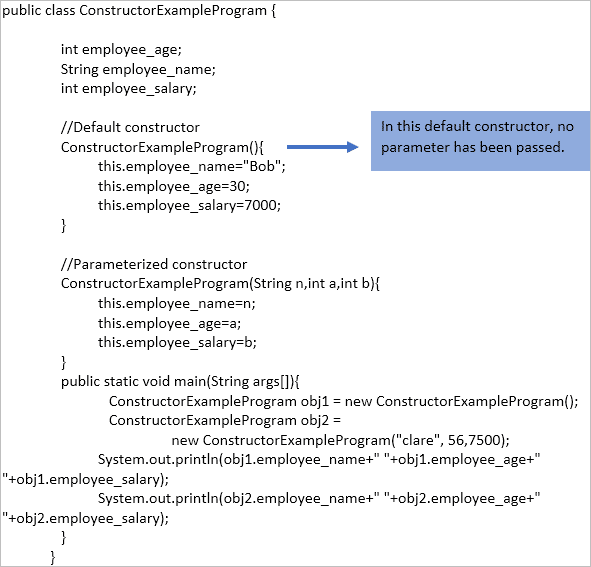 Rules to be followed for the constructor:

Points to be noted:

This tutorial covered the basics of important object-oriented features supported by Java. This is just an introductory tutorial on OOPS in Java. We will cover all the topics in detail in our subsequent tutorials. Java supports four pillars of OOP i.e. Polymorphism, Inheritance, Abstraction, and Encapsulation.

Apart from these features, Java also supports the other features and OOP constructs like containment, aggregation, message passing, etc. which will be discussed in our upcoming tutorials.