In this tutorial we will discuss Design Patterns in Java. We will study Singleton, Factory and Builder patterns with examples and advantages:

When we solve a specific problem, we can solve it more efficiently if we have some best practices already defined. This indeed will help us to follow these best practices and develop more reliable solutions.

These best practices that can be used to develop well-proved solutions for solving problems are called “Design Patterns”. Experienced OOP software developers use design patterns to solve specific tasks.

=> Take A Look At The Java Beginners Guide Here 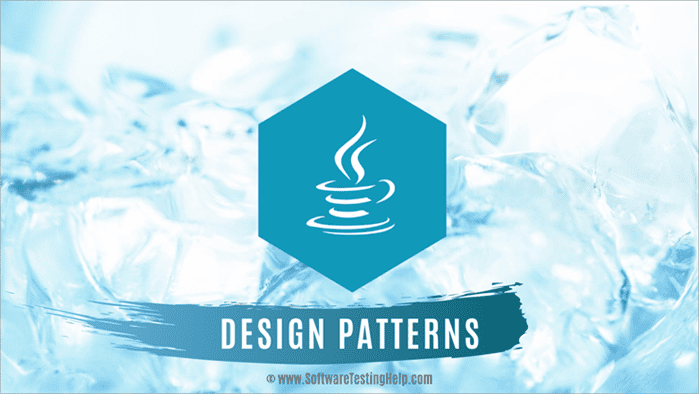 From then all the design patterns came to be known as “Gang of Four Design Patterns”.

Thus using design patterns we can develop programs that are more efficient, flexible, maintainable, and reusable.

Enlisted below are some of the advantages of using design patterns in our applications:

When To Use Design Patterns

So when should we exactly use the design patterns?

Design patterns in Java are categorized as follows: 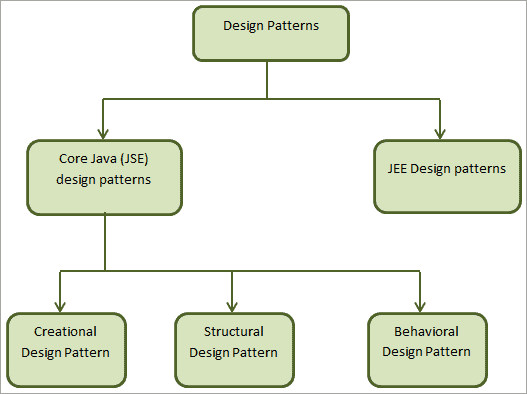 As far as this tutorial is concerned, we are interested only in creational design patterns.

In this tutorial, we will discuss the following design patterns:

Let’s start with a singleton design pattern in Java.

The Java classes, java.awt.Desktop and java.lang.runtime also use a singleton pattern.

Now let’s move onto the implementation of the singleton pattern.

Implementation Of The Singleton Pattern

As already mentioned, a singleton design pattern restricts the class with only one instance and this instance is given a global point of access. This was all classes that refer to the same object again and again. 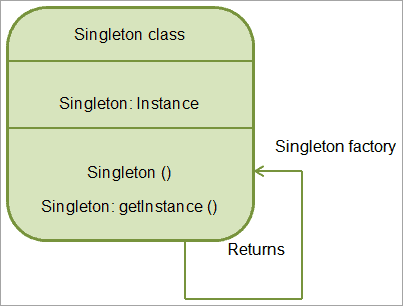 As the above UML diagram shows, a singleton class has a single instance defined and we access it by the getInstance () method. So a singleton factory that is responsible for creating objects makes use of the getInstance method to return the same object (which is there in the class) again and again.

So how do we implement the Singleton Pattern in a Program?

This implementation of this singleton class as explained above is shown in the Java program below.

Now if we check the main method, note that if we try to create an object of the singleton class using a new operator, the compiler will give a compilation error (see the commented code in the main method). We obtain the object of the singleton class using the getInstance () method and then we can use it as usual to access methods.

The factory pattern is also called “Factory Method pattern” or “Virtual Constructor” in Java. In this pattern, we create an interface or an abstract class with method declarations, and then the concrete classes or subclasses implementing this interface or inheriting the class are responsible for creating instances of the class.

Then there will be another class that is a factory class that will access these concrete class instances so that we are not aware of how the logic to calculate the rate of interest is implemented. We only call the method and get the output.

So when exactly can we use the Factory Method pattern?

When the parent classes decide to delegate the creation of instances to their subclasses, then we can go for a factory pattern (This is explained above). We can also use the factory method when the class doesn’t know what subclasses are to be created.

Now let’s see the implementation of the factory method pattern.

Implementation Of The Factory Pattern

As an example let’s implement a generic shape interface. We can derive various concrete classes from this interface like the circle, rectangle, etc. Then we will have a shapeFactory class that will access the concrete class objects. The UML for this pattern is shown below. 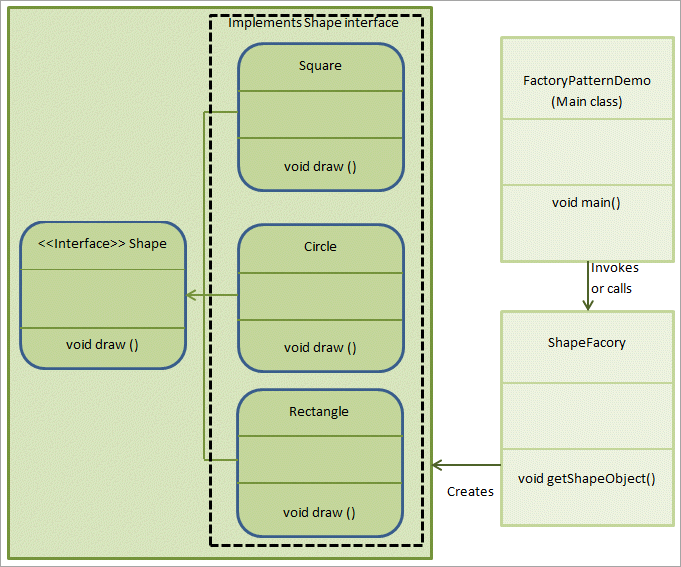 In the Builder pattern, we use a step-by-step approach to build a complex object using small, and simple objects.

So whenever we encounter an object that cannot be created in a single step, we go for a builder pattern.

A practical example of a Builder pattern is the food ordering system which involved complex steps of collecting food items that are ordered, then packaging, billing, building order, and then shipping it.

In this tutorial, we will implement an example of a tablet ordering system using the Builder pattern.

The general UML diagram for the Builder pattern is given below. 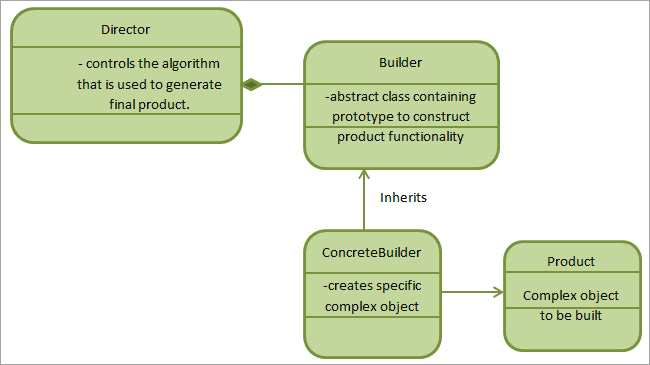 In the above example, we have built the complete tablet ordering system for two tablet brands i.e. Lenovo and Micromax. These are the concreteBuilder classes that inherit from the abstract class company. Then we have a TabBuilder class that builds the orders for both the tablet classes.

Answer: Design patterns are the best practices that can be used to develop well-tested solutions.

Q #2) Why are Design Patterns used?

Q #3) What are the examples of Patterns?

Answer: Yes, it is a kind of design pattern using which we can build an application consisting of the data model, presentation, or view layer and controller. We can classify it more as an architectural pattern.

As per the scope of this tutorial, we have discussed three examples of creational design patterns namely, singleton pattern, factory pattern, and builder pattern.

Singleton pattern is the simplest design pattern and the factory method is supposed to be a common design pattern that is widely used. The builder pattern is used to construct complex objects and is mostly used in developing complex applications.