This Tutorial will Explain the Bubble Sort in Java along with Major Java Sorting Algorithm, Bubble Sort Implementation & Code Examples:

A sorting algorithm can be defined as an algorithm or a procedure to put elements of a collection in a specific order. For instance, if you have a numeric collection like an ArrayList of integers, then you might want to arrange the elements of ArrayList in ascending or descending order.

Similarly, you might want to arrange strings of a string collection in alphabetical or lexicographical order. This is where the sorting algorithms in Java come into the picture. 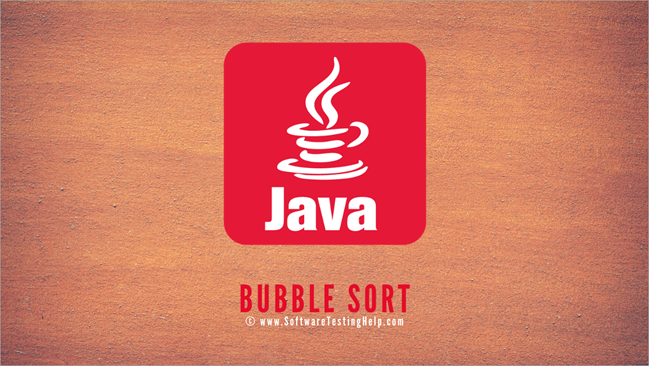 Sorting algorithms are usually evaluated depending on the time and space complexities. Java supports various sorting algorithms that are used to sort or arrange the collections or data structures.

The table below shows the major sorting algorithms supported in Java along with their best/ worst-case complexities.

Bubble sort is the simplest of all sorting techniques in Java. This technique sorts the collection by repeatedly comparing two adjacent elements and swapping them if they are not in the desired order. Thus, at the end of the iteration, the heaviest element gets bubbled up to claim its rightful position.

The general algorithm for Bubble Sort Technique is given below:

We take an array of size 5 and illustrate the bubble sort algorithm. 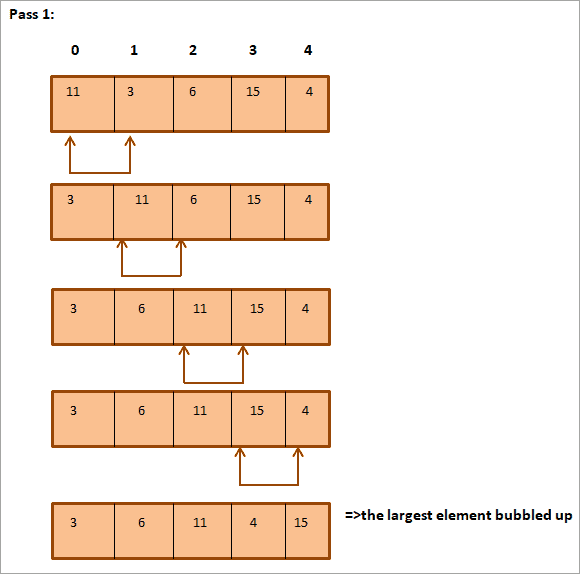 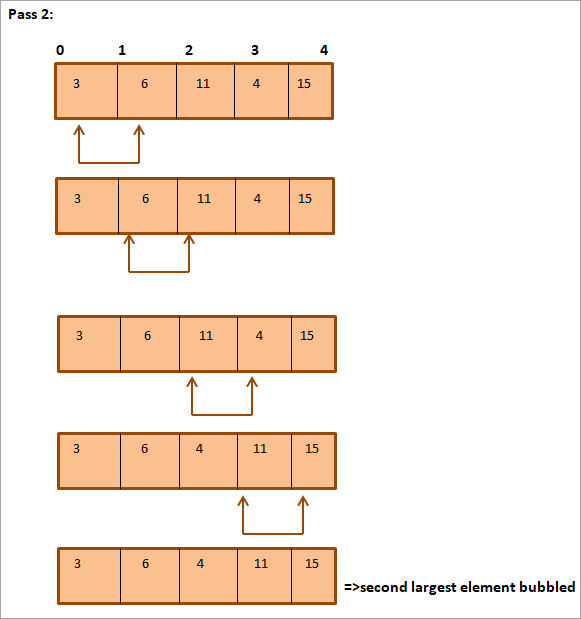 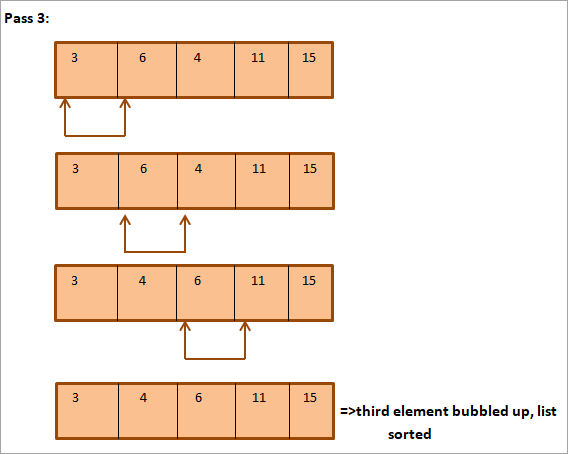 As you can see above, the array is entirely sorted.

The above illustration can be summarized in tabular form as shown below:

As shown in the above example, the largest element bubbles up to its proper position with every iteration/pass. In general, when we reach N-1 (where N is a total number of elements in the list) passes; we will have the entire list sorted.

The below program shows the Java implementation of the bubble sort algorithm. Here, we maintain an array of numbers and use two for loops to traverse through adjacent elements of the array. If two adjacent elements are not in order, then they are swapped.

Q #1) What are the Sorting Algorithms in Java?

Answer: The sorting algorithm can be defined as an algorithm or procedure using which the elements in a collection can be ordered or arranged in a desired fashion.

Given below are some of the sorting algorithms supported in Java:

Q #2) What is the best Sorting Algorithm in Java?

Answer: Bubble sort is the simplest algorithm in Java. Bubble sort always compares two adjacent elements in the list and swaps them if they are not in the desired order. Thus, at the end of every iteration or pass, the heaviest element is bubbled up to its proper place.

Answer: For implementing bubble sort, we use two for loops.

The total work done is measured by:

For a list of n elements, the inner loop works for O(n) for each iteration. The outer loop runs for O (n) iteration. Hence the total work done is O(n) *O(n) = O(n2)

Q #15) What are the Advantages of Bubble sort?

Answer: Advantages of Bubble Sort are as follows:

In the next tutorial, we will continue with the other sorting techniques in Java.