In this Tutorial, we will Explore Java Variables, Types of Variables, Java Instanceof,  Scope & Lifetime of a Variable with the help of Examples:

We will also see a few frequently asked questions that would help you in understanding the topic better.

After going through this tutorial, you will be gaining insights into the Java variables, local and global variables, the instance variable, and other sub-topics related to Java variables. 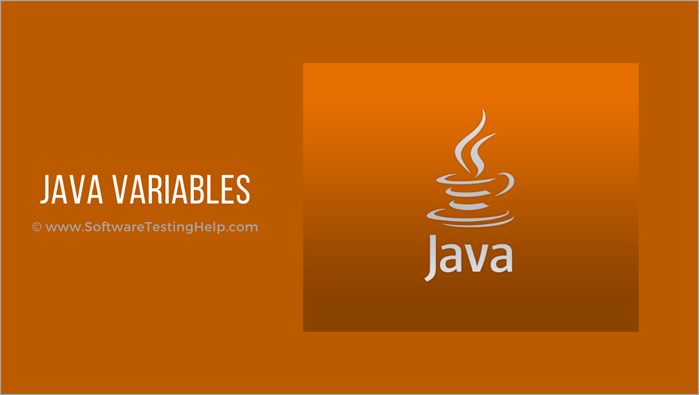 However, when you specify the value of a variable after declaring the variable, this process is called the initialization of a variable.

Here, we will see the dynamic initialization of a variable. We will be calculating the discriminant of the quadratic equation of mathematics.

All we have to do is to calculate the discriminant using dynamic initialization.

Scope And Lifetime Of Variables

In this section, we will discuss the scope and lifetime of a Java variable. Here, we will take a variable ‘a’ that will be known to the entire program and then demonstrate the value of that variable which will be specific to a block inside the program.

Again we will create another variable ‘b’ inside a block that depends on the value of ‘a’. As soon as the scope ends, the scope of variable ‘b’ also ends whereas ‘a’ is still known to the program.

In this section, we will learn about the various types of Java variables mentioned below.

These variables are declared inside the body of a method. These can be used within the same method where it is being initialized.

Some of the properties of a Local Variable include:

Instance variables are those variables that are declared inside a class. Unlike Local variables, these variables cannot be declared within a block, method, or constructor.

Enlisted below are the properties of the Instance variable:

Given below is the program where we have demonstrated the instance variable. We have declared variables outside the main method and then assigned the values to them by using objects keeping one variable the “number” unassigned.

Finally, we have printed the values of these Instance variables and the unassigned variable “number” has printed ‘0’ by default.

Unlike the Local and Instance variable (where we can not use static), we have another variable type which is declared as static and is known as “Static or Class variable”.

Given below are some of the properties of the Static or Class variable:

In the below program, we are calculating the circumference of a circle by using a private variable radius and a constant pi. Both these variables are declared as static.

The Java instanceof is an operator that is used to tell whether the created object is an instance of the type or not. Type can be a Class or an interface.

The return type is Boolean i.e. either “true” or “false”.

Q #1) What are Java Global Variables?

Answer: Global variables are those variables that are accessed by the entire program and it is declared at the beginning of the program.

Global variables do not belong to Java as Java is a pure Object Oriented programming language and everything belongs to the Java Class. Just to protect data and members (variables) of the Class, Java does not support Global variables.

However, we have Static variables that are globally declared and is accessible by all method, subclass of a program.

Q #2) How to clear the value of a variable in Java?

Answer: It can be done using an inbuilt method of Java that is java.DoubleAdder.reset().

The syntax of this method is

This method belongs to the package “java.util.concurrent.atomic.DoubleAdder” so you need to import this package before you proceed.

In the below program, we have added a few elements into DoubleAdder and then tried resetting it and finally printed the value after the reset operation.

#3) How to check the following Variable Type in Java?

Answer: If the variable is of type String then you can use referenceVariable.getClass().getName().

#4) How to update a variable in Java?

Answer: Given below is a simple program where we have updated a variable in Java.

In this tutorial, we have discussed Java Variables and provided an insight into the Dynamic Initialization, scope, and lifetime of a variable along with explaining the different Java variable types and Java instanceof operator.

Each major concept was explained with proper programming examples to help you understand the topic better.

Towards the end, we also saw a couple of frequently asked questions that will let you know about the different questions which could be asked during Java interviews.