We got introduced to the basic GUI terms in one of our earlier tutorials. In this tutorial, we will discuss one of the oldest GUI frameworks in Java called “AWT Framework”. AWT is the short form for “Abstract Window Toolkit”. 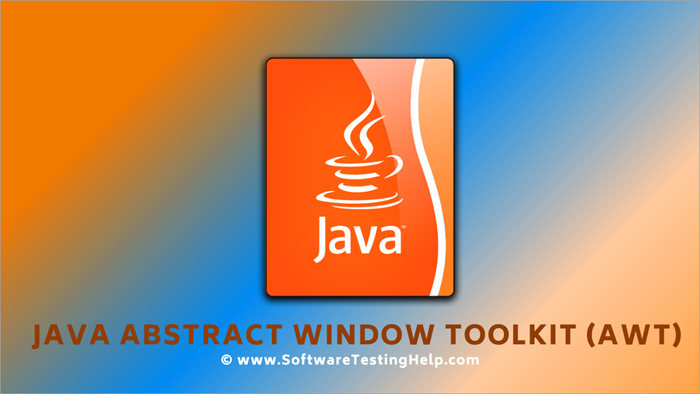 The Java AWT creates components by calling the subroutines of native platforms. Hence, an AWT GUI application will have the look and feel of Windows OS while running on Windows and Mac OS look and feel when running on Mac and so on. This explains the platform dependency of Abstract Window Toolkit applications.

Due to its platform dependence and a kind of heavyweight nature of its components, it is rarely used in Java applications these days. Besides, there are also newer frameworks like Swing which are light-weight and platform-independent.

But one thing to note here is that the Java Swing framework is based on the AWT. In other words, Swing is an enhanced API and it extends the Abstract Window Toolkit framework. So before we jump into Swing tutorials, let’s get an overview of this framework.

Given below is the diagram of the AWT hierarchy in Java. 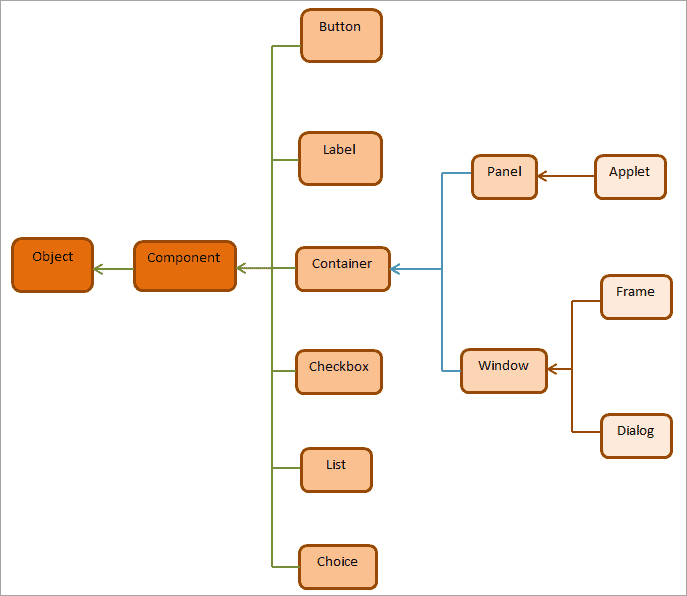 As shown in the above figure the root AWT component ‘Component’ extends from the ‘Object’ class. The component class is the parent of the other components including Label, Button, List, Checkbox, Choice, Container, etc.

A container is further divided into panels and windows. An Applet class derives from Panel while Frame and Dialog derive from the Window component.

The Component class is the root of the hierarchy. A Component is an abstract class and is responsible for the current background and foreground colors as well as the current text font.

The component class encapsulates the visual component properties and attributes.

The panel is a subclass of the Container class. A panel is a concrete class and does not contain the title, border, or menu bar. It is a container to hold the other components. There can be more than one panel in a frame.

Windows class is a window at the top level and we can use frames or dialogs to create a window. A window does not have borders or menu bars.

Frame derives from the Window class and can be resized. A frame can contain various components like buttons, labels, fields, title bars, etc. The frame is used in most of the Abstract Window Toolkit applications.

A-frame can be created in two ways:

#1) By using the Frame class object

Here, we create a Frame class object by instantiating the Frame class.

A programming example is given below. 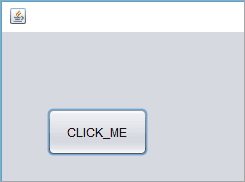 #2) By Extending the Frame class

Here we create a class that extends the Frame class and then create components of the frame in its constructor.

This is shown in the program below. 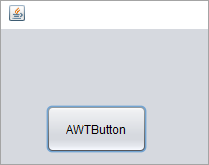 The AWT output that we have shown above had default colors for the background and foreground. Abstract Window Toolkit provides a Color class that is used to create and set the color to components. We can also set the colors to components using a framework via component properties.

The Color class allows us to do the same programmatically. For this purpose, the Color class uses the RGBA color model (RGBA = RED, GREEN, BLUE, ALPHA) or HSB (HSB = HUE, SATURATION, BRIComponents) model.

We will not go into the details of this class, as it is beyond the scope of this tutorial.

The following table lists the various methods provided by the Color class.

The Point class is used to indicate a location. The location is from a two-dimensional coordinate system.

All graphics contexts in Abstract Window Toolkit to draw components in an application derive from the Graphics class. A Graphics class object contains the state information needed to render operations.

The general declaration of the Graphics class is as follows:

When we have a requirement that we should work with the graphics-based application but without an actual keyboard, mouse, or even display, then it is called a “headless” environment.

There are certain ways to do this as shown below:

#2) Use the command line to set the following headless mode property to true:

When the environment is headless and we have a code that is dependent on display, the keyboard, or mouse, and when this code is executed in a headless environment then the exception “HeadlessException” is raised.

The general declaration of HeadlessException is given below:

We go for the headless mode in applications that require for example image-based image login. For example, if we want to change the image with every login or every time the page is refreshed, then in such cases, we will load the image and we do not require a keyboard, mouse, etc.

Let’s now look at some of the differences between Java AWT and Swing.

Answer: AWT in Java also known as “Abstract Window Toolkit” is a platform-dependent graphical user interface framework that precedes the Swing framework. It is a part of the Java standard GUI API, Java Foundation Classes, or JFC.

Answer: It is almost obsolete in Java barring a few components that are still used. Also, there are still some old applications or programs running on older platforms that use AWT.

Answer: Abstract Window toolkit is a platform-dependent API to develop GUI applications in Java. A Swing on the other hand is an API for GUI development and is derived from Java Foundation Classes (JFC). AWT components are heavy-weight while Swing components are light-weight.

Answer: A frame can be defined as the top-level component window that has a title and a border. The Frame has ‘Border layout’ as its default layout. Frames also generate windows events like Close, Opened, Closing, Activate, Deactivated, etc.

Answer: Import Java AWT (import java.awt.*) indicates that we need the functionality of AWT API in our program so that we can use its components like TextFields, Buttons, Labels, List, etc.

In this tutorial, we discussed the overview of Abstract Window Toolkit, as a platform-dependent API for GUI development in Java. It is almost obsolete in Java and is being replaced by other APIs like Swings and JavaFX.

We have not gone into the details of all the components of the Abstract Window Toolkit since they are rarely used now. Hence we only discussed components like Frames, Color, etc., and the headless mode that is set using AWT.

In the next tutorial, we will start with Java Swing tutorials and we will discuss them in detail as most of the Java applications today use Swing for GUI development.

=> Watch Out for The Simple Java Training Series Here.