In this tutorial, we will Explore the Java Keywords List and learn about some Important Reserved Words, their Meaning along with Examples:

Keywords in Java are the reserved words that act as a key to the code. As these words are predefined, they cannot be used for any other purpose like variable name or object name or any other identifier. Java has around 51 reserved words or keywords.

In this tutorial, we will discuss the list of keywords in Java. Then we will take up some of the important keywords in Java and see their meaning along with the programming examples. 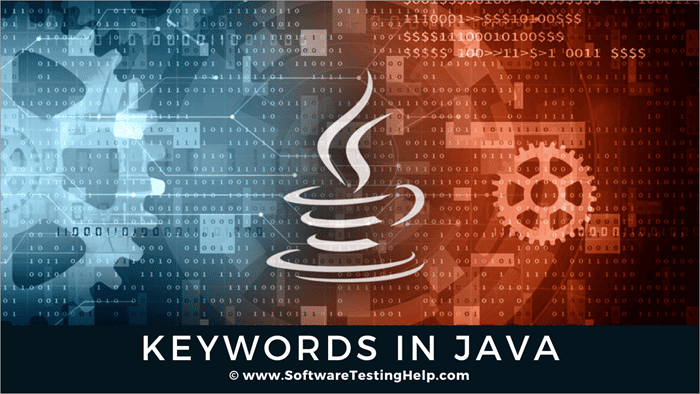 Given below is a list of all the keywords in Java. In this list, we have also included the keywords that are no longer used in Java.

We will discuss the below keywords in a separate tutorial as they have a great significance as far as Java programming is concerned.

The keyword “this” points to the current object in the program.

A static keyword is a keyword that is used to indicate an object that cannot be instantiated. So if we have a static method, then it need not be called using an object. It can be called just using a class name.

Similarly, if we have a static variable, then its value is preserved throughout the program.

The “super” keyword in Java is used to refer to the objects of the immediate parent class. The parent class is also referred to as “Superclass”. We will explore the details of the super keyword while discussing inheritance in our OOPS tutorial series.

The keyword “final” is used with variables, methods, or classes. A final variable is a constant variable. A final method is a method that cannot be overridden. A final class is a class that cannot be inherited or extended. We will discuss the final one in detail in our OOPS tutorial series.

Now let’s implement a program wherein we will use these important keywords in Java.

As shown in the above program, the first keyword we have used is import followed by many other keywords like class, int, etc. The main keywords in this program are this, static, final, and super.

We have used this keyword in the second constructor to call the first constructor. The parent class MyClass has a static method and a final method declared in it.

In the derived class – MyDerivedClass, we override a regular method methodThree. Note that we also try to override methodOne and methodTwo but the compiler gives an error as they are static and final methods respectively. Note the commented code. 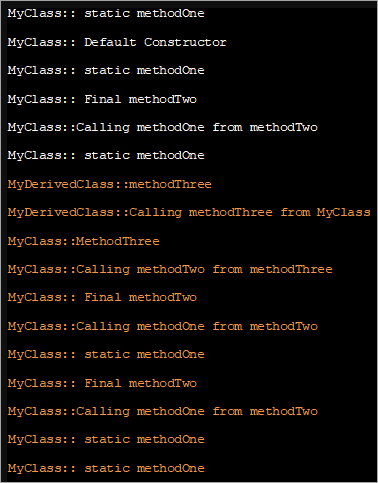 Note the colored output. This entire output is the result of calling methods using the derived class objects.

Answer: Keywords are also called as Reserved words. These are the words that the programming language uses for internal processing and pre-defined actions.

Thus programming language doesn’t allow these keywords to be used by the programmer as identifiers or variable names etc. Despite that, if we use these keywords it will result in a compiler error.

Q #2) How many Keywords are present in Java?

Answer: Java has a total of 51 keywords that have predefined meaning and are reserved for use by Java. Out of these 51 keywords, 49 keywords are currently used while the remaining 2 are no more used.

Q #3) What is the difference between integer and int?

Answer: Both int and Integer store integer values. But ‘int’ is a keyword that is a primitive data type int. An integer is a class type. Integer converts int into an object and vice versa.

Answer: No. Null is not a keyword in Java but it is literal. Yet, we cannot use it for declaring identifiers.

In this tutorial, we have discussed various keywords used in Java. Java supports a total of 51 keywords out of which 49 keywords are currently used and 2 are not currently used. Of these keywords, four keywords i.e. this, static, super, and final are important keywords that need special attention.