In this Tutorial, we will Discuss the Thread Sleep() Method in Java. We will see how does Thread.Sleep() method work with the help of Examples:

The java.lang.Thread.sleep(long millis) method is the method provided by the Thread class that puts the currently running thread to sleep. We will specify the sleep time as an argument of the sleep method. 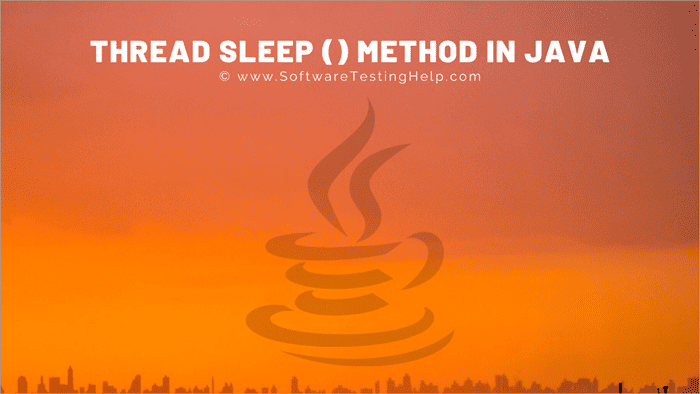 The Thread class of Java provides two variants of the sleep method.

The prototype of both the variants of the sleep () method is described below.

Description: This variation of sleep method makes the current thread to sleep or temporarily stops its execution for the given number of milliseconds (provided in method argument). However, while sleeping, the thread does not lose the monitor or lock ownership.

Note that the accuracy and precision of the time specified depends on the system timers and schedulers. When the thread is sleeping, the ownership of the lock or monitor is not changed.

Whenever a thread sleeps or is suspended, it is done by the scheduler. The method Thread.sleep() communicates with the thread scheduler so that the scheduler can cause the currently running thread to change to wait for the state for a given duration.

Once this specified time is over, the state of the thread is changed to ‘runnable’ so that it can wait for the CPU to proceed with the execution.

Thus the duration for how long the thread sleeps does depend on the scheduler and not the method. As the scheduler is a part of the Operating system, the OS architecture also plays a role in the state changes of the thread.

Now that we have seen the Thread.sleep() method in detail, we should keep some of the points in mind while using this method.

#1) Thread.sleep() method always pauses the execution of the current thread.

#2) The actual duration for which the thread sleeps depends on the schedulers and system timers.

For example, for a very busy system, the sleeping time of the thread may be longer than the specified whereas, for the system that is not so busy, it might be more or less near to a specified time.

#3) While the thread is sleeping, it doesn’t lose any locks or monitors that it had acquired before sleeping.

#4) The current thread that is in sleep can be interrupted by any other thread. In this case, “InterruptedException” is thrown.

Let’s now move on to an example that demonstrates the sleep method. Here, we have a thread class that has a run () method. In the run () method we call ‘Thread.sleep (1000)’. Then in the main function, we create two instances of this thread i.e. two threads. We then start the threads. 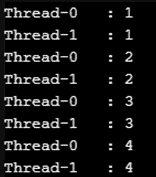 When we observe the output, we find that Thread_0 and Thread_1 take turns to execute.

Next, let’s demonstrate another example of the Thread.sleep() method. Here we have considered a special case of a negative sleep time value. The program is similar to the above program but the sleep time provided is -500.

From the output, we can see that the method has thrown ‘IllegalArgumentException’ as the negative value of sleep time is not acceptable.

Q #1) How does thread sleep work in Java?

Answer: When the sleep() is called on the thread with a specified amount of time in milliseconds, the thread ceases its execution. It relinquishes the CPU.  Thus, during the duration when the thread is asleep, the other threads can use the CPU.

Answer: The sleep() method of thread causes the thread to relinquish the CPU and cease the execution. While this thread sleeps, the other threads acquire CPU. This is done by the scheduler.

The yield() method also causes the thread to give up the CPU control when called but the sleep() method exhibits more determined behavior when compared to yield().

Q #3) How do you stop a Java thread from going to sleep?

Answer: When calling sleep() method to put the thread to sleep, we always call it using the Thread class.

In this tutorial, we have discussed the sleep() method of threads in Java. Sleep() method causes the current thread that is executing to cease its execution for a specified amount of time that is provided as an argument to the sleep method.

The system scheduler works with the sleep method to put the current thread in the waiting state. While the thread is sleeping, it continues to possess the locks or monitors that it has acquired. When we pass a negative value of sleep time to the sleep method, it throws ‘IllegalArgumentException’.

When we pass a valid sleep time value to the sleep () method, the other threads will take the turn to execute while the current thread sleeps.