This Java Composition tutorial explains what is Composition and Aggregation in Java and the differences between them:

Object-oriented programming provides another type of relationship called the “HAS-A” relationship. In this tutorial, we will discuss the has-a relationship in detail. 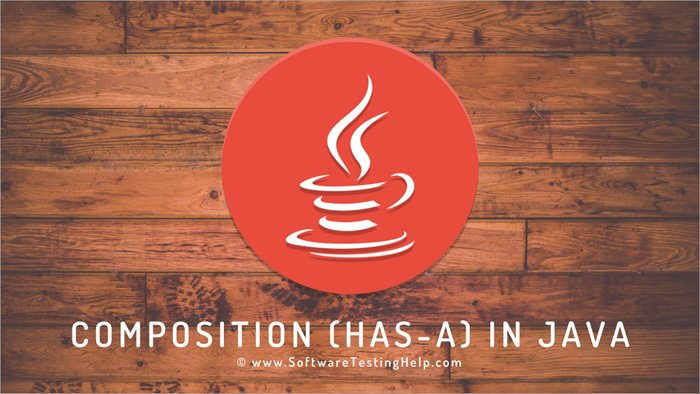 So by making our programs use ‘has-a’ relationship, what we are doing here is that we make our program use an instance of a class directly instead of ‘extending’ it from another class as we do in case of inheritance.

The below diagram depicts both ‘is-a’ and ‘has-a’ relationships in Java. 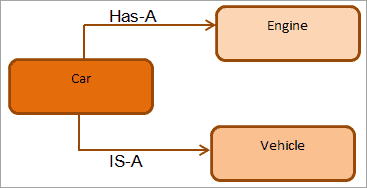 As seen from the above diagram, Car and Vehicle share the ‘IS-A’ relationship as a car is a vehicle. Hence we create a car object from the existing vehicle object by adding more characteristics to it.

In the diagram, Car and Engine share the ‘Has-a’ relationship. A car always has an Engine. So what we do here is that we do not extend the properties of the Engine object but we use the Engine object directly. This is done in Java using composition.

Hence along with encapsulation, abstraction, and polymorphism, inheritance and composition are also important features of Object-oriented programming (OOP).

The ‘has-a’ relationships usually determine if a certain object has another object. So what we do here is we reuse an object and thus reduce code duplication as well as errors. This is because we use a completely developed and tested object in our class.

Let’s start with the discussion of a special relation called “Association” in Java from which we derive composition and other relationships.

When a relationship is established, the containing objects (objects that have other objects as their members) communicate with the contained object to reuse their properties and characteristics. Association has two forms i.e.  Composition and Aggregation.

The below figure shows this: 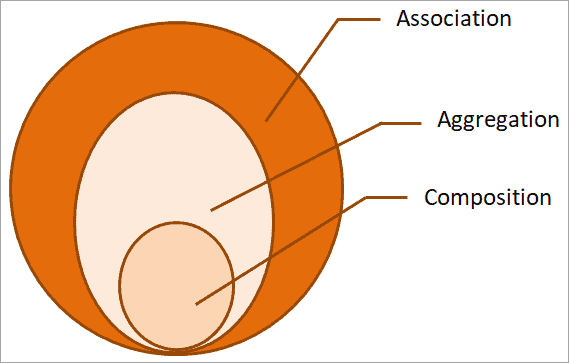 Before we move on to Composition and Aggregation, let’s implement a Java program to demonstrate the Association in Java.

The above program demonstrates an association in Java. Here, we have a class Account that has a bank name and account number as private members. Next, we have an Employee class. We know that every employee will have an account number for depositing salary etc.

The composition is one form of Association. The composition can be defined as an association in which one class contains another class and this contained class depends on the containing class in such a way that it cannot exist independently.

We have seen an example of a has-a relationship above. In that, we had a car object which has an engine. This is an example of composition. In this, an engine cannot exist independently without a car.

We can use composition to model objects which have other objects as its members and these objects have ‘has-a’ relationship between themselves.

Given below is the program to demonstrate composition.

The system we used here is represented as below. 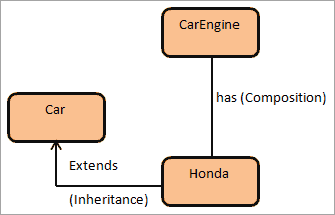 So in this program, we have three classes as shown above. Honda is a Car so it extends from the class Car. CarEngine Object is used in Honda class.

The program is given below.

Thus the output shows the properties of Honda cars. It also shows the output of a method from the CarEngine class that we have used as a member of the Honda class using composition.

This program showed how we can use composition in a Java program.

Aggregation is another form of association in Java. But in the case of aggregation, it only allows the one-way relationship between the objects. For example, an employee has a home address. But vice versa, the home address has employees, doesn’t sound right.

Similarly, a student has an address but “address has a student” doesn’t make sense. Like composition, aggregation also depicts the “has-a” relationship. This means a class contains an object of another class.

The below diagram represents an Aggregation example. 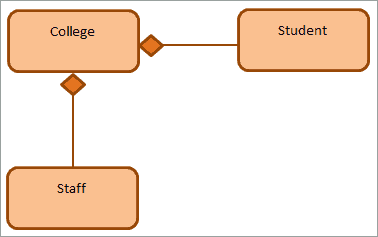 The above example can be interpreted as the College has staff and students.

So when exactly should we go for Aggregation?

We should use aggregation when there is no need to use an “is-a” relationship or inheritance. If we can maintain the ‘is-a’ relationship throughout the application or lifetime of an object, then we can implement inheritance for code reuse.

Otherwise, it is best to use aggregation for code reusability. Let’s now implement an example aggregation in Java.

The example system we have used is as follows: 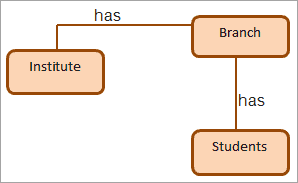 Here we have an ‘Institute’ class. Institute can have various departments or branches. Each branch in turn has several students. In this program, we will count the total number of students in the entire institute. We use aggregation for this purpose. The class Institute contains the Branch object.

The branch object has a student object. So in the Institute class using the Branch object we count the total number of students. For this purpose, we use a list of branches in an institute.

The Java program is given below.

Both aggregation and composition help us to reuse code in Java.

Differences Between Aggregation Vs Composition

Both Composition and Aggregation are parts of the Association that depicts a ‘has-a’ relationship. Both the techniques are not Java features and do not have a direct way to implement but can be implemented using Java code.

Composition and Aggregation allow us to reuse the code. Code reusability reduces the bugs in the code and also makes the application more stable.

Enlisted below are some differences between Aggregation and Composition.

Answer: In Object-oriented programming, IS-A relations represent inheritance in which a child class ‘is a kind of’ a parent class. The Has-a relationship is a ‘part-of-a – whole’ relationship which is represented by composition and aggregation. Inheritance is a static binding while Composition is dynamic binding.

Q #2) What is Aggregation and Composition in Java?

Answer: In Composition, the two objects are tightly coupled i.e. when the object (Containing object) that owns another object (contained object) is destroyed, then the other object is automatically destroyed as it cannot function independently on its own.

Q #3) Why do we use Composition in Java?

Answer: Composition allows us to reuse the existing code thereby reducing the code complexity and also reduces the bugs in the code. Using composition we can reuse only what we need from the object and also control its visibility.

Q #4) What is the use of Association?

Answer: Association represents the ‘has-a’ relationship in Java. Association in Java is used when one object needs to use the functionality and services of another object. Composition and aggregation are two forms of association.

Q #5) Is Composition better than Inheritance?

Also, when we want to frequently change front-end classes without disturbing the back-end classes, then the composition is better because in the case of inheritance slight changes mostly affect the entire inheritance hierarchy.

In this tutorial, we have discussed the HAS-A relationship in Java. Composition and aggregation are the forms that implement the ‘HAS-A’ relationship. We have compared both these implementations.

While both contain objects of another class, composition owns the object while aggregation simply uses the object. We have also compared the composition and inheritance in Java.