This video tutorial explains what is Java Interface, how to implement it, and multiple inheritance using Interfaces in Java with examples:

The feature that provides 100% abstraction in Java is called “Interface”. In this tutorial, we will discuss interfaces in Java. 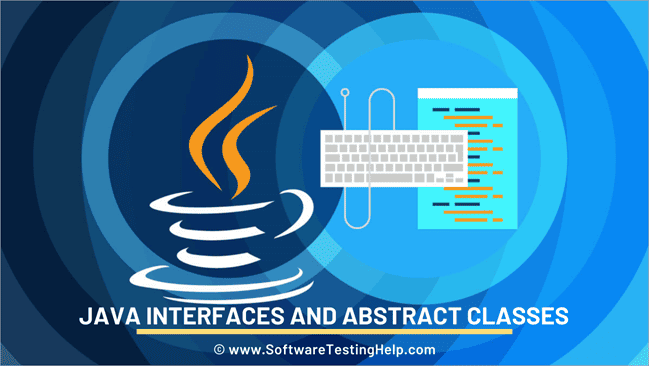 Introduction to Interfaces and Abstract Classes in Java – Part 1:

Overview of Interfaces and Abstract Classes in Java – Part 2:

Abstraction and Inheritance in Java:

What Is An Interface In Java

An interface in Java is defined as an abstract type that specifies class behavior. An interface is a kind of a protocol that sets up rules regarding how a particular class should behave.

An interface in Java can contain abstract methods and static constants. By default, all the methods in the interface are public and abstract.

A simple example of an interface in Java is given below.

The above example defines an interface ‘shape’ which has a static variable and an abstract method ‘calculateArea ()’.

An interface is an entity that has only abstract methods as its body. It can also have static final variables in it.

Enlisted below are some properties that should be kept in mind related to Interfaces:

The general syntax of the interface declaration is given below.

As shown in the above declaration, we use a Java keyword “interface” which indicates that we are declaring an interface now.

An ‘interface’ keyword is followed by the interface_name and then the opening curly braces. Then we have various declarations of abstract methods, static fields declaration, etc. Finally, we close the curly braces.

For example, if we want to declare an interface ‘TestInterface’ with two methods in it i.e. method_one and method_two then the declaration of TestInterface will be as below:

Uses of the Interface In Java

How To Implement An Interface In Java

Once the interface is declared, we can use it in a class using the “implements” keyword in the class declaration.

This ‘implements’ keyword appears after the class name as shown below:

Given below is a simple example of an interface in Java.

The above program demonstrates the simple example of interfaces in Java. Here, we declare an interface named Polygon_Shape and then the class Rectangle implements it.

As far as interface is concerned, the interface name is in the titlecase with the first letter of every word of the interface name capitalized. Interface names are selected such that they are usually adjectives. But when interfaces represent the family of classes like map or list, then they can be named after nouns.

Some examples of valid interface names are given below:

The next question is whether an interface has a constructor?

We know that we need objects to invoke methods. To create objects we need constructors. But in the case of Interfaces in Java, the methods are not implemented.

So whether we explicitly declare it or not, every method in the interface is by default abstract with public visibility.

Hence if void printMethod() is the prototype that we intend to declare in an interface, then the following declarations are the same.

Suppose we change the interface method declaration in the above program as follows:

Then this means that we specified the interface method printMethod () as private. When we compile the program, we get the following compiler error.

The second case we can test is by changing the modifier of the implemented method in the class TestClass from public to private. Now the default modifier in the class is private. So we just remove the public keyword from the method prototype in the class as follows:

Now if we compile the program, then we get the following error.

The fields or variables declared in an interface are by default public, static, and final. This means that once declared their value cannot be changed.

Note that if the interface fields are defined without specifying any of these modifiers then Java compilers assume these modifiers. For example, if we do not specify a public modifier when declaring the field in the interface, then it is assumed by default.

Now all the fields in the interface are by default static. Hence we can access them by using the interface name directly as the same as we access static fields of the class using the class name and not the object.

The example Java program below shows how we can access the interface fields.

As shown in the program above, the interface fields can be accessed using an Interface name followed by dot operator (.) and then the actual variable or field name.

The Generic Interface In Java

Generic interfaces are declared with type parameters which make them independent of a data type.

The general syntax of the generic interface is as follows:

Now if we want to use the above generic interface in a class, then we can have the class definition as shown below:

Note that we have to specify the same param-list with the class as with the interface.

The following Java program demonstrates the Generic Interfaces in Java.

In our inheritance topic, we have seen that Java does not allow a class to inherit from multiple classes as it results in an ambiguity called the “Diamond Problem”. 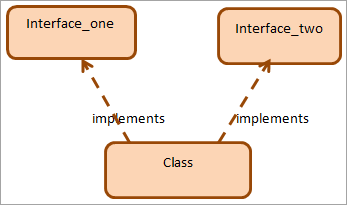 Note that when a class implements the multiple interfaces, the interface names are comma-separated in the class declaration. We can implement as many interfaces as long as we can handle the complexity.

The Java program that demonstrates multiple interfaces is shown below.

As shown above, we implement two interfaces. Then we override their respective methods and call them in the main method.

The Java program to implement interface inheritance is shown below.

We have modified the same program that we used for multiple inheritance using interfaces to demonstrate the interface inheritance. Here, we extend Interface_one in Interface_two and then go about implementing Interface_two in a class. As interfaces are inherited, both the methods are available for overriding.

Q #1) What is the use of the Interface in Java?

Answer: An interface in Java is an entity that is used to achieve 100% abstraction. It can contain only abstract methods that can be overridden by the class implementing the interface.

The interface in a way acts like a blueprint of the class wherein it provides the class the abstract method prototypes and static constants and then the class has to override those methods by implementing the interface.

Q #2) What are the advantages of the Interface in Java?

Answer: Some of the advantages of Interface are as follows:

#3) Can an interface have methods?

Q #4) Can we declare the interface as final?

Answer: No. If we declare an interface as final, then the class will not be able to implement it. Without being implemented by any class, the interface will not serve any purpose.

Interfaces are blueprints like class, but it will have only the method declaration. It won’t have any method of implementation. All the methods in the interface are public abstract by default. Java 1.8 interface can have static and default methods.

Interfaces are mainly used in APIs.

For Example: Consider you are designing a vehicle’s engine.

Rules to be followed for Interface 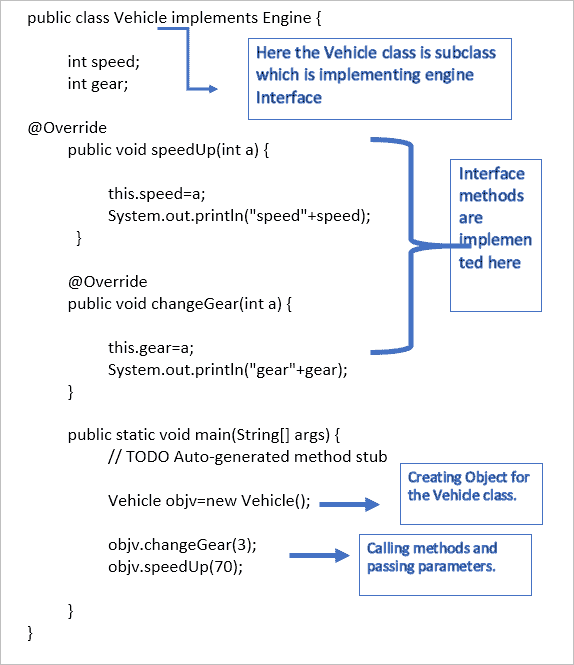 Here the Vehicle class is the subclass which is implementing the engine interface.

What are Abstract Classes?

An abstract class is like a class but it will have abstract methods and concrete methods. Abstract methods don’t have an implementation. It will only have the method declaration.

Rules to be followed for Abstract Class

When you want to design partial implementation, you can go for an abstract class. 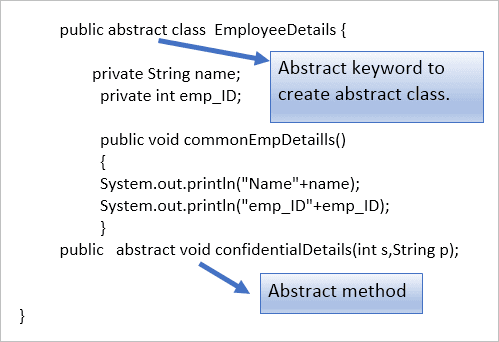 The class which is going to extend the abstract class. 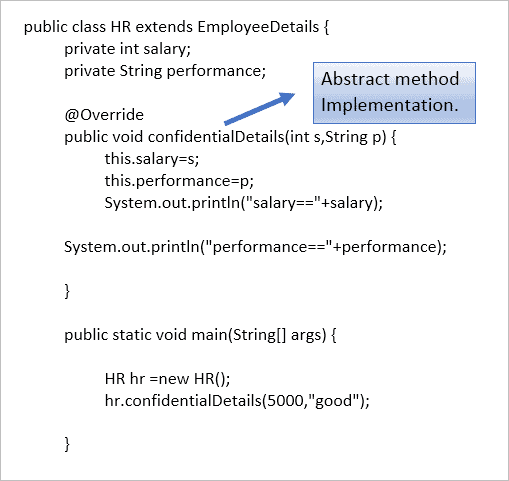 In this tutorial, we have presented the basic concepts of interfaces in Java. We have discussed the definition of the interface, along with the need for interfaces. We explored their basic syntax and definition. Then we discussed how to use interfaces for which we use the ‘implements’ keyword.

=> Visit Here To See The Java Training Series For All