List of Most Frequently Asked Computer Architecture Interview Questions And Answers to Help You Prepare For The Upcoming Interview:

Computer Architecture has gained tremendous importance in this digital era. The implementation, functionality, and organization of any system of computer are explained in detail with many sets of rules and methods.

As it is done through the key implementation of Computer Architecture, it is considered as one of the main subjects that students have to grasp in computer engineering.

The unique definition of every architecture defines the computer’s capabilities and programming models related to it. However, it doesn’t define the implementation. 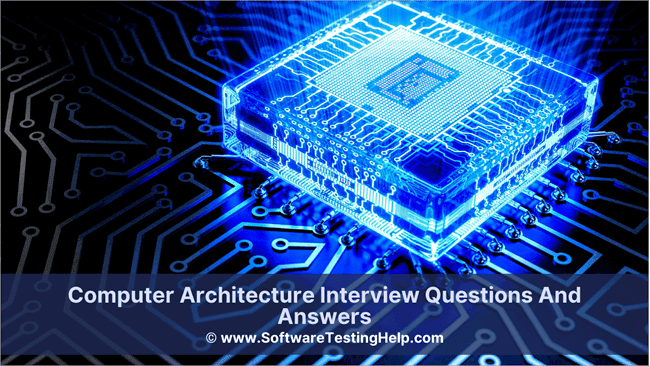 Q #1) What do you understand by the term Computer Architecture?

Suggested Reading =>> What Is A Microprocessor – Complete Guide With Examples

Answer: Computer Architecture is the detailed specification about how a set of standards related to hardware and software interact with each other to create a computer system or a platform.

Concisely, it refers to the designing of a computer system and its compatibility with the technologies. It is like the art of determining what the user, technology and the system need and then creating logical standards and designs based on the above needs.

Q #2) Is Computer Architecture different from a Computer Organization?

Q #3) Do you know the basic components used by a Microprocessor? Explain. 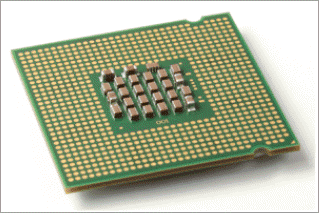 Q #4) What are the various Interrupts in a Microprocessor system?

There are three types of interrupts:

Q #5) What are the common Components of a Microprocessor? 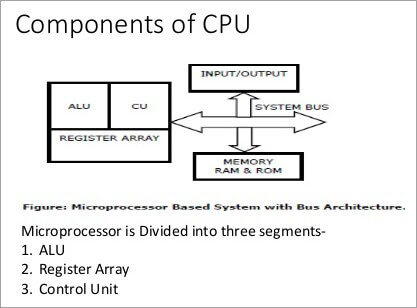 Answer: Control units, I/O units, Cache, ALU, and Registers are some of the common components of a Microprocessor.

Answer: MESI is one of the extremely popular cache coherence protocols based on Invalidate that support write-back caches. As it was developed at the University of Illinois at Urbana-Champaign, it is also named as the Illinois protocol.

Initially, the write-through cache that caused the loss of huge bandwidth was used. Write back cache became popular as they efficiently and properly manage the bandwidth in the system. MESI protocol maintains one stage called the dirty stage that indicates the system that the data in this cache is different from the stored data in the main memory’s cache.

Q #7) Are you aware of Pipelining?

Answer: Pipelining is one of the most popular techniques used by an advanced microprocessor that is mainly used when multiple instructions enter into the system. It accumulates instruction from the processor via a pipeline and allows storing and execution of instructions in an orderly process.

The process is divided into stages and each of them is connected in a pipe-like structure. It is used where multiple instructions are overlapped during execution.

Like in a car manufacturing company, each setup of huge assembly lines, and robotic arms perform certain tasks. After one task is completed, the car moves on ahead to the next arm.

Q #8) What do you know about Cache Coherence?

Answer: The consistency or regularity of data stored in the cache memory is called cache coherence. It is imperative for Distributed Shared Memory (DSM) or multiprocessor systems to maintain cache and memory consistency.

Cache management is structured to see that the data is not lost or overwritten. You can use different techniques to maintain cache coherency, and that includes snarfing, snooping and directory-based coherence.

A DSM system uses a coherency protocol by imitating these techniques for maintaining consistency and it is essential to system operations. Cache coherence requires two things i.e. write propagation and transaction serialization.

In any cache, the changes to the data must be disseminated to other copies of that cache line in the peer caches. This is what the write propagation does. The job of transaction serialization is to make sure that anything which is read or written to a single memory location is seen by all the processors in the same order.

Answer: Sometimes, there is a failed attempt to write or read a part of the data in the cache. This miss results in longer latency in the main memory. There are three types of cache miss i.e. cold or compulsory, capacity and conflict miss.

Cold or compulsory miss starts with an empty cache and is the foremost reference to a memory block. You can refer to it as an empty hotel where the first guest hasn’t arrived yet. A capacity miss occurs when the cache doesn’t have enough space to hold all the blocks that you want to use. It is like a hotel where you want to stay but has no vacancy.

Conflict miss happens when the same location gets two blocks but doesn’t have enough space for both of them. In an easy example, it is like you are supposed to stay on the third floor of a hotel but all the rooms on the floor are occupied and there is no room for you.

Q #10) What do you know about Virtual Memory? 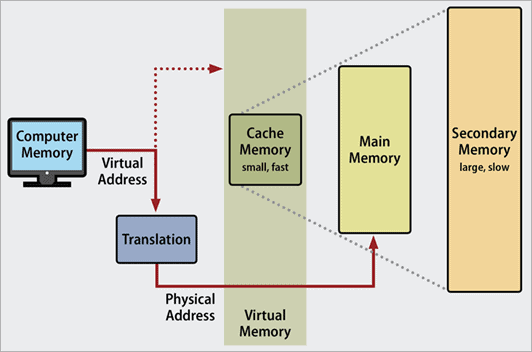 Answer: Your computer uses memory to load the OS & run the programs and the amount of real memory, i.e. RAM, is finite. Thus, there are chances for you to run out of memory, especially when you are running too many programs at one time.

That’s where virtual memory comes in handy. It increases the memory available in your computer by enlarging the “address space” i.e. places in memory where you can store data. It uses the hard disk space for allocating additional memory.

However, the hard drive is slower when compared to RAM, thus, you must map the data stored in virtual memory back to the real memory to be used. Virtual memory enables your computer to run more programs than it can.

Answer: DLX is a RISC processor architecture. It was designed by David A. Patterson and John L. Hennessy. Its architecture was chosen based on the observations of the most frequently used primitives in programs.

Q #12) Tell us about Superscalar machines and VLIW machines. 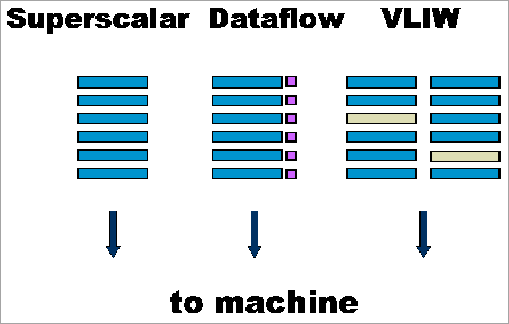 Answers: Superscalar processor is a CPU that implements instruction-level parallelism within a single processor. It can execute more than one instruction during a clock cycle. It simultaneously dispatches multiple instructions to different execution units on the processor.

Thus, it allows for more throughput when compared to others to be possible at a given clock rate.

VLIW or Very Long Instruction Word refers to a CPU architecture that is designed to take advantage of ILP or instruction-level parallelism but with minimum hardware complexities. The VLIW approach executes the operation in parallel which is based on a fixed schedule that is determined when programs are compiled.

Q #13) What is Branch Prediction and how can it control Hazards? 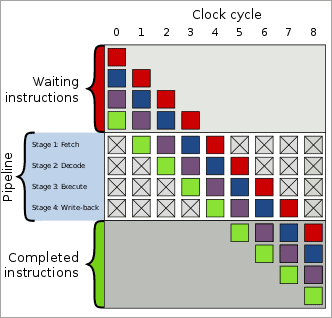 Answer: In a unit of information processing that processes a pipeline, a branch prediction control device generates an address for branch prediction. This address is used to verify the instructions that are being executed speculatively.

Q #14) Can you calculate the number of sets given with its size and way in a cache?

Answers: In the hierarchy of primary storage, a cache carries cache lines collected into sets. The cache can be called k-way associative if each set holds k lines. A data request possesses an address that specifies the position of the data requested.

You can place only one cache-line data of the size of the chunk from the lower level into one set. Its address decides the set in which it can be placed. The mapping between the sets and addresses must have a fast and easy implementation. For fast implementation, only a part of the address chooses the set.

After that, a request address is separated into three fragments as shown below:

Thus, to find the block in cache: 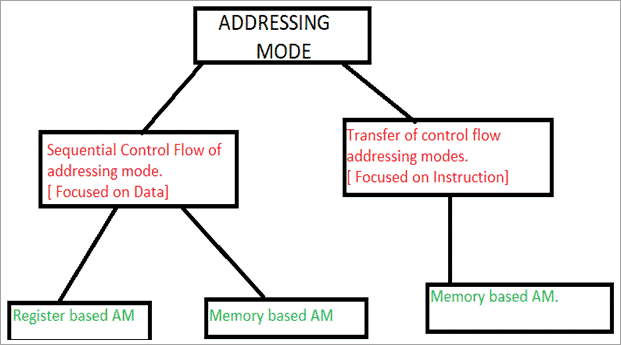 Answer: In the most central processing unit designs, there is a characteristic of the instruction set architecture called addressing modes.

Addressing modes specify the way to compute the effectual memory address of an operand with the use of the information kept in registers or/and constants held within an ML instruction or somewhere else.

Answer: Aliasing, in the world of computing, describes a circumstance where you can access the location of data in memory through separate symbolic names in the program. Thus, by changing the data through one name, you can implicitly modify the values correlated with every aliased name.

That’s something the programmer might not have anticipated. Hence, the programs become difficult to optimize, understand and analyze.

Q #18) What is the difference between Software and Hardware interrupts?

Q #19) You want to do other tasks but the CPU is busy. Suggest a solution.

Answer: I will create an interrupt that is non-maskable and then give the jump instruction to the essential subroutine.

Q #20) What do you know about Latches? What are the various types of Latches?

Answer: Latch, also known as a bistable-multivibrator due to its two stable states of active high and active low, is a type of logic circuit. Through a feedback lane, it holds the data, thereby acting as a storage device.

As long as the apparatus stays active, the latch can store a 1-bit of data. The latch can instantly change the data stored once enable is declared.

Q #21) Tell us something about Flip Flops. 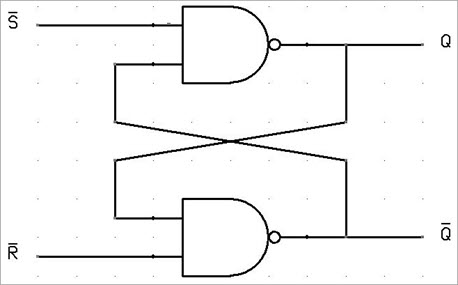 Answer: Just like latch, a flip flop is an electronic circuit. It carries two stable states that can store binary data. By applying various inputs, you can change the stored data. Like latches, it is the building block of electronic and digital systems of computers, in communication and many other systems.

Q #22) Explain the differences between Latches and Flip-flops.

Q #23) What do you know about the Real-time Operating System?

Answer: Also known as a data processing system, the real-time operating system requires an extremely small time interval for processing and responding to the inputs. The time it takes to respond and display the required updated information is called response time.

We use real-time when the time requirements for operating a processor or for the flow of data are rigid. In a dedicated application, we can use the real-time system as a control device. This system must have definitive and fixed time constraints, else it will feel.

Answer: In the answer to this question, tell them how dedicated you are to your work. Talk about how you have learned new things during your career and how well you have learned from your mistakes. Put forward an example where you performed exceptionally well.

Give them a picture of the kind of employee that they are looking for.

These are some of the most popular Computer Architecture interview questions. Being prepared with the frequently asked questions will increase your chances of clearing the interview.

Your knowledge of the subject will not only help you to be confident in your interview but also ace it with the exact answers.

We hope that this list of Computer Architecture Interview Questions was helpful to you!!