Here we will learn what is a Microprocessor, how does it work, its advantages, along with a comparison of Microcontroller vs Microprocessor:

This is the heart of the computer system or a server or laptop. It is a small computation unit that is fabricated on a single chip. The components used in building up the chip are transistors, registers, and diodes, etc which work together to perform the assigned operation.

The microprocessor is the clock-driven digital integrated circuit that is build up by using VLSI technology and this reduces the overall cost and power of the processor.

It accepts the input in binary form, processes them as per the instruction stored in the memory, and performs the arithmetic logic and sequential digital logic operation, and Here we explore and learn the basic concept and various advantages and characteristics with examples.

What Is A Microprocessor 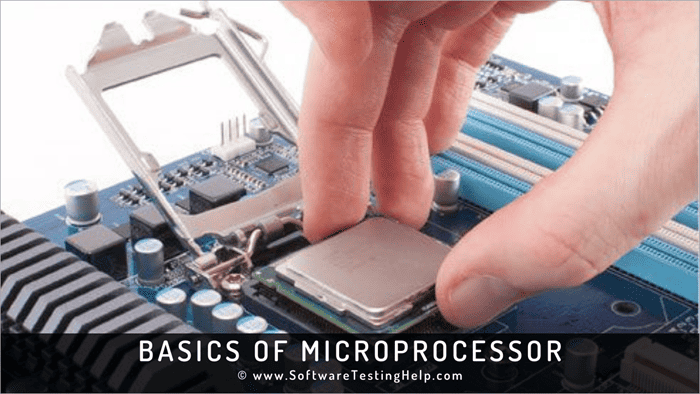 We have also explained in short about the no man’s sky microprocessor which is a gaming open platform for the end-users and is crafted using chromatic metal.

It is a kind of integrated circuit (IC) unit which combines all the basic functions of a central processing unit (CPU) of the computer.

It is a programmable unit that is fabricated on the silicon chip and it consists of an ALU unit, clock, and control unit and register array which accepts the input in binary form (0’s and 1’s) and delivers the output after processing the input data as per the instructions fetched into the memory unit.

Block Diagram Of A Microcomputer 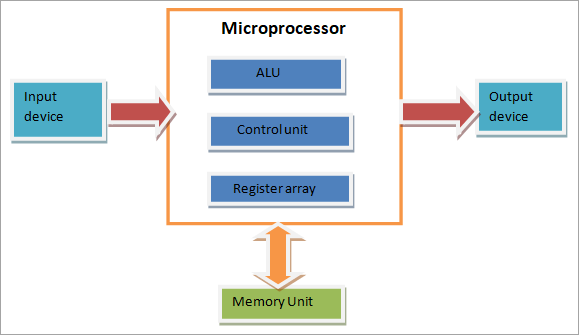 The basic building blocks of this processor are an ALU, register array, and the main control processing unit. The function of the arithmetic logical unit (ALU) is to perform the mathematical and logical operations based on the data fetched from the input units or the memory device.

The register array is a combination of register and accumulator. The control unit handles the overall processing and flow of data in the computer.

How Does A Microprocessor Work?

This can be called a computation engine which is fabricated on a single chip and is the heart of the computer system.

The native language which this processor understands is the assembly language and it runs the set of machine instructions that tells the processor whose function it needs to perform.

Based on these instructions it performs these below actions: 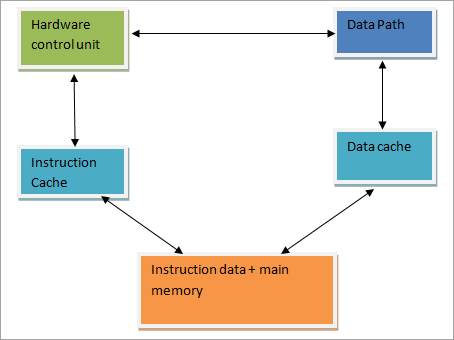 In the above diagram, the block diagram of the architecture of the RISC microprocessor is displayed. The RISC consists of optimized instruction set data and a memory unit that is connected with the cache memory.

The instructions get into the hardware unit and make the processor slow in operation and complex. 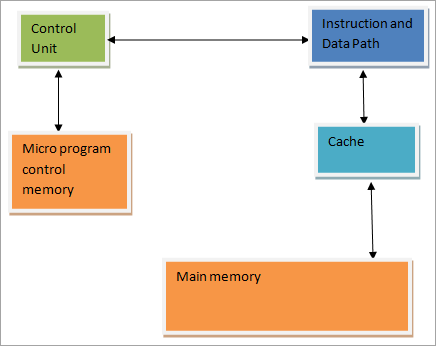 The operations performed by the co-processors are arithmetic, graphics, signal processing, and encryption/ decryption, etc.

It is a differently designed processor which is designed to controls the input and output devices thereby having local memory of their own with minimal CPU utilization. The example of such type of processors is the keyboard and mouse controller, graphic display controller, DMA (direct memory access) controller, etc.

It is designed for inter-processor communications and has its local memory. It is used as a single processor unit to connect one transputer to another transputer over links and to perform some special tasks. The examples are 16 bit T212, 32-bit T425 processors, etc.

This processor is used as an ingredient for crafting the following products:

This is how many other craftings for no man’s sky microprocessor can be developed by using the same processor as per the requirement of advanced level end-users and selling of the players and planet empowerment to build up an advanced level gaming system for 5th generation games.

The table below displays the difference between microprocessor vs microcontroller:

Q #1) Are CPU and Microprocessors the same?

Answer: No, it is an integrated circuit on which millions of transistors are fabricated and not all microprocessors work as CPUs.

Q #2) Does the microprocessor have memory?

Q #3) What are buses in such type of processor?

Answer: These are the connection lines that are used to connect the internal elements of the chip. There are three kinds of buses: data bus, address bus, and control bus.

Answer: It is an 8-bit microprocessor that can process, accept and send 8-bit data simultaneously. It operates on a 3MHz clock frequency and has 16 address line so it has 64-kilo bytes of memory

Answer: It is a 16-bit microprocessor having 20 address lines and 16 data lines along with 1MB memory storage. The processing is faster than that of the 8085 microprocessor.

This is a very vast topic for readers who have an interest in the field of electronics and instrumentation. Basic knowledge is very useful for chip designing and fabrication processes.

This tutorial will help the readers to gain basic knowledge of the working of such a processor that we have explained with the help of a block diagram and figures.

After going through this tutorial, one can easily understand the concept and terminologies related to this. We have answered the FAQs related to this topic along with the differences between the microprocessor and microcontroller.