Most Frequently Asked Web API testing Interview Questions And Answers to Help You Prepare For The Upcoming Interview:

API (Application Programming Interface) is known for specifying the interaction between different components. When we talk about software architecture, API mainly resides or say concentrates in the Business Logic Layer. 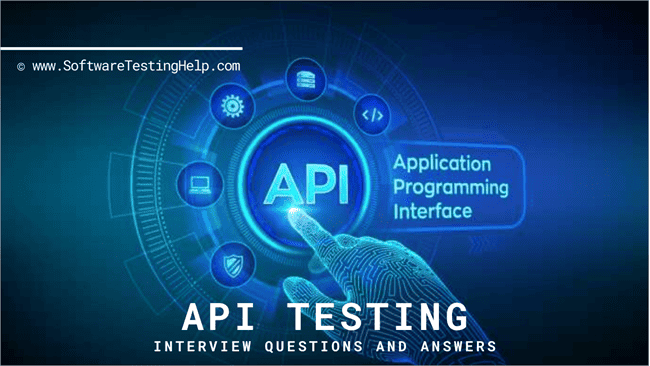 API testing is performed with systems having multiple APIs, where the major requirements for this form of testing to be performed are:

Now, let us see and understand more about API Application Programming Interface through the following questions and answers that will be very helpful for you for your preparation of interviews.

However, these are no fixed patterns and the question may differ if you have some experience of working on such projects. When projects are mentioned in your resume, then most questions are with respect to the projects you have worked on. 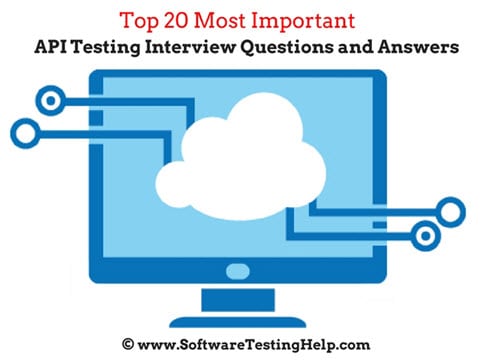 Answer: API is a collection of routines, tools, protocols that together are required for building the software application. Any system software or application software which consists of multiple APIs can perform Application Programming Interface (API) testing.

Q #2) Enlist some common tests that are performed on APIs.

Answer: There can be multiple reasons for performing API testing.

Let us see some common test examples, where this form of testing is used to verify:

Q #3) What is the API test environment?

Answer: Setting up a test environment of API is a complex method where the configuration of the server and database is done as per the requirement of the software application. Graphical User Interface (GUI) is not available in this form of testing.

After installation, API is verified for its proper functioning. In this process initial environment that invokes API is being set up with a defined set of parameters so that test results can be examined.

Answer: Mentioned below are the factors which determine the approach:

Q #5) Explain in brief the different types of output observed of an API.

Answer: API is considered as the essential connecting part of this digital world. It basically resides in the business logic layer where it performs functions like processing commands, application coordination, initiates logical decisions, etc.

The main consideration is returning correct results under any type of conditions. Mainly, the output or results observed of an API are divided into three sections as follows:

Q #6) Enlist some best practices that are followed to make API testing successful.

Enlisted below are some best practices for API testing:

Q #7) What are the tools used for API testing?

There are a few more others than the above-listed tools that are used for API testing.

Q #8) What are the tools used for API test automation?

Answer: Automation testing is a must when we talk about agile development in API testing. However, the language in which the code is written is also an important factor as it decides the tool language.

Answer: API framework is described by the config file which consists of the list of all APIs that are required to be activated and are activated for any particular program run. This is essential as every test run does not require all APIs.

The purpose of the ‘Config’ file is to describe and enlist every configurable component within a test run.

Answer: As it is a well aware fact that, for any foundation, there has to be good documentation. API documentation likewise, serves as a quick reference for accessing the library or working within a program.

When we go through any such documents, it must consist of a proper plan, content source, proper layout or sketch for delivery, information related to each function, etc.

Enlisted below are the categories in which every function is being documented which mainly revolve around the parameters:

Q #11) Name some most used templates for API documentation.

Answer: Some free templates which makes API documentation much easier and simple are:

Q #12) Enlist some of the API examples which are very well known and popular.

Answer: There are several such examples. Enlisted below are some most popular ones:

Q #13) What are the testing methods that come under API testing?

Answer: The difference between API testing and Unit testing can be understood from the below table:

Q #15) What challenges are included under API testing?

Answer: Challenges are the part of every form of testing and the same goes with API testing too.

Mentioned below are some common challenges that are faced in API testing:

Q #16) What are the types of issues observed while performing API testing?

Answer: When testing is performed, then there have to be issues associated with them. Issues observed while performing this form of testing are not new or much different but they are common in this category.

Q #17) Why API testing is determined as the most suitable form for Automation testing?

Answer: Yes, it’s true that API testing is now preferred over GUI testing and is considered as most suitable.

Below are the few reasons behind this statement.

Q #18) How is UI level testing different from API testing?

Answer: The main consideration of the UI (User Interface) level testing is to test the graphical interface part of the application include features like font, layout, etc.

Whereas, the main consideration of the API testing is establishing communication between different software systems and it mainly resides in business logic layer. It never concentrates on the look of the application.

Answer: TestApi is known as the library of test building blocks which are essential for developers and testers for creating testing tools as well as automated test suites.

Q #20) What do you know about API errors and warnings?

Answer: When something goes wrong i.e. the outcome is not as expected then the error occurs and warnings are described as a message in the proper format. There can be one or multiple warnings within the same module.

Different types of warnings that can occur are:

Different types of errors that can occur are:

The above API interview questions are very helpful when the interviewer’s focus is on finding out your functional domain knowledge.

Well, it is understood that application knowledge is only gained when working actually with such technology. However, interviewers are more interested in testing your expertise and experience but basics are important too.

Hope this article will be very helpful for your API Testing interview preparation.