In the previous Blockchain Security tutorial of the Blockchain tutorial series, we have learned about how Cryptography, Digital Signatures, Hashings, Private and Public Keys work to secure data.

In this tutorial, we will discuss how to become a blockchain developer. We have listed a few courses you can pursue towards the certification. 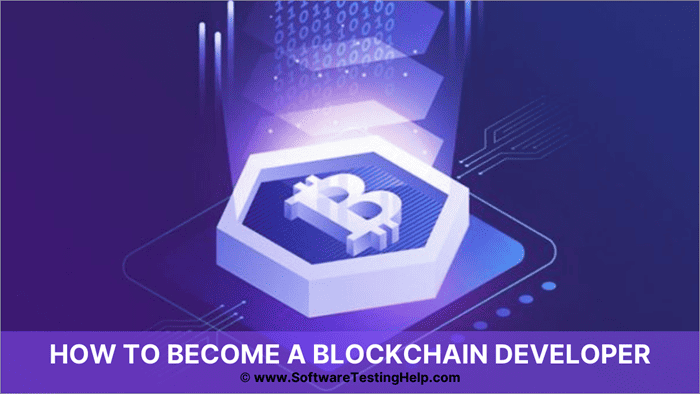 We will also discuss the top skills needed as a developer for blockchain and cryptocurrencies. One of the most important things for developers here is Bootcamp, both coding, and non-coding. One can participate in them to learn and practice the required skills. 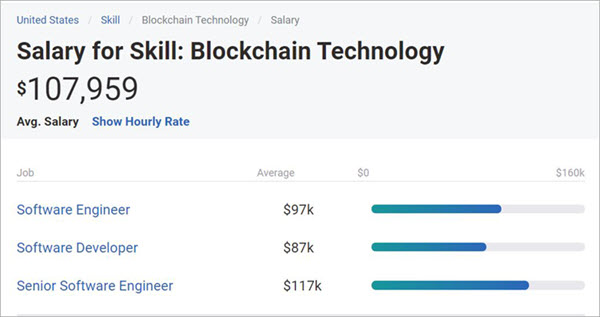 Who Is A Blockchain Developer

A blockchain developer has the knowledge and skill-set to develop and optimize decentralized applications or dApps and smart contracts based on blockchain as well as blockchain architecture and protocols. They also deal with 3D modeling, 3D design, 3D content development such as that happens in game development.

The developers have certain specializations based on skills and interests and according to the nature of work.

These are responsible for developing and optimizing architecture. The developer will design, develop, and optimize the protocols that support a blockchain solution. A good example is the consensus protocol which defines how and the ways in which members using the blockchain and the resources therein agree on sharing and using these resources.

They develop and implement the design as per the plan by the core developer.

These can design and develop APIs, carry-on performance tests, do blockchain deployment, design software specifications, work alongside other developers to develop software, and provide technical support.

Why Become A Blockchain Developer

The following reasons will explain it better:

Cutting edge technology and potential for growth: Prospects are very high for blockchain with 84% of companies dabbling in blockchain-based on the last year’s PwC survey. Many more people will use blockchain. Just less than 1% of companies have implemented the technology, with many more looking at the possibility of implementing in the future.

Blockchain developer salary is huge and they make between $150,000 and $175,000 on average per year in the United States. According to this report, a developer’s salary is one of the highest salaries paid in the industry. More pay applies to the experienced and highly skilled in the blockchain.

#3) Ability to teach others

Blockchain developer jobs and training can open more revenue streams by teaching others the skills to develop on the same. For instance, they can teach via online tutorial platforms.

#4) They get to understand crypto, ICOs, etc, and how they and their companies can raise capital using new revenue streams with crypto.

Blockchain offers better promise for organizations wishing to secure their operations and platforms more than would help the legacy non-blockchain platforms.

Blockchain platforms and processes such as digital identities also help cut down the process and operational costs for developers and their organizations.

#6) Contribute to other new-age technologies

Blockchain integrates with other technologies such as IoT.

How To Become A Certified Blockchain Developer Or Engineer

#1) Understand the blockchain basics. Either learn on your own or join a course in an institution or online tutorial platform.

#2) Learn hands-on and interact with the system

Download and use already developed wallets or dApps and learn how they work. Create or generate and use wallet addresses and private keys, transfer value such as crypto over two or more blockchain, learn the data recording and transactions, understand and interact with exchange and smart contract platforms, join developer forums and interact with developers.

#3) Get coding and earn certification. Either join a coding school or course at an institution or university or learn on your own, for instance, through online paid and free courses.

You can start learning to code from scratch or advance your coding career to specialize in the blockchain.

You must also learn to do code analysis.

#4) Become a blockchain engineer either on your own or as part of the hackathon, competition, or at a blockchain training institution and earn certification. Develop a blockchain by developing a genesis block and adding other blocks, validate the chain, and use the blockchain.

#5) Learn and develop a smart contract, earn certification, and use it

Learn the deterministic, terminable, and isolated nature of smart contracts, and develop them.

To achieve the above steps each at a time, you might take many courses that offer the different relevant certifications separately. These can be taken incrementally step by step, either at a single institution or at different institutions. Alternatively, you can undertake a single course that teaches all the skills to earn a single certification.

There is a need to understand different blockchains and their working – Ethereum, Bitcoin, Neo, and Hyperledger being the most important ones.

The developer must configure the blockchain network appropriately as per requirement and therefore must understand the various and thus the best database and data structures for the target network.

These dApps can be built on different blockchain platforms using different protocols and procedures.

This is the economics ideas in cryptocurrencies and how this is coded on the blockchain. The blockchain developer training and courses may teach game theory, mathematical frameworks for modeling Cryptonomics, and the conflicts involved in modeling. Trainees may also be taught factors that affect Cryptonomics and related monetary policies.

Computer programming is essential for the development of any advanced and effective decentralized apps or dApps although in some cases you might be able to develop beginner dApps without this skill.

Here is a video on Computer Coding:

Languages in which you need the expertise to develop for blockchain are C++, C#, Java, Python, Simplicity, Solidity. Advanced development on blockchain may require more than one coding language.

The top blockchain platforms on which to target as a blockchain developer are Bitcoin, Ethereum, Hyperledger, Ripple, Spark Solidity, Stellar, Neo, and EOS.

Coursera, Udemy, Skillshare, Udacity, Packt, Lynda.com, EON Reality, Edx.org, Coursesity, and Circuit Stream, are some of the places to enroll in short courses to learn online how to code in Java, Javascript, Python, and Swift from scratch. These languages are also applied in blockchain programming and development.

A good example of a blockchain course for beginners who have never coded is the Become a Professional Programmer course at Udemy. This course takes 53 hours and 506 lectures to complete and costs $18.99, 85% off. Through this course, you learn to program with Java, Perl, C++, Ruby, Python, Swift, Google Go, HTML5, Rails, and CSS3.

The course is taught online using 54 hours of on-demand video, 3 articles, 11 downloadable resources, and full-time access. You also earn a certification to prove the qualification.

Enlisted below are the top 4 courses:

Review of the courses: 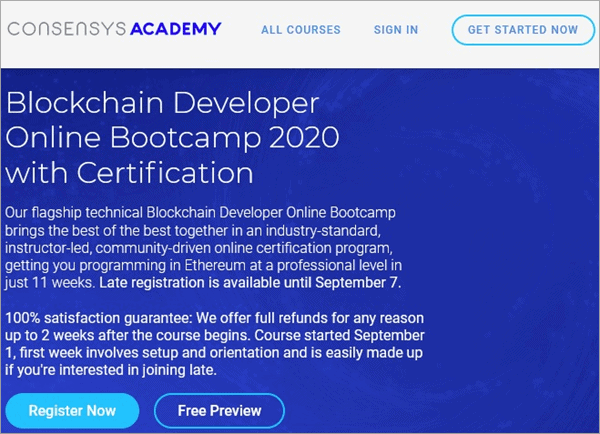 With this course, you learn to program for the Ethereum blockchain network, from the basics to the professional level in 11 weeks.

This course, which has trained over 10,000 students, trains you to become an Ethereum blockchain developer using Solidity, Web3.JS, Truffle, Metamask, Remix, and others, all in one course. You learn about the basics of blockchain, wallets, hashing, transactions, web3.js, smart contracts, Go-Ethereum, and many other things.

#4) Blockchain For Developers by Lighthouse Labs

This course is most suitable for beginner developers with beginner to intermediate coding skills. You learn to code and become a professional blockchain developer. During this course, you spend 75% of your time coding applications on the blockchain.

Q #2) How long does it take to earn a blockchain developer certification?

Answer: Blockchain developer training duration depends on the course and skills target. It takes from 3 months to 3 years depending on the course, where it is taught, whether you pursue it on a full-time or part-time basis, and the intensity of training.

Q #3) What are the most lucrative blockchain developer jobs?

Answer: A blockchain developer salary starts from $85k to $110k depending on experience. You can earn more than a blockchain manager.

Q #5) What are the major roles of a blockchain developer?

Answer: The major roles are enlisted below:

Q #6) What are the major technical skills needed for a blockchain developer?

For beginners, it can take about 2 years to become a professional developer, right from scratch. Start off by taking courses such as the Become a Professional Programmer Course and extending the application to the blockchain by joining other short courses. Those already with proficient or beginner coding skills can start with more advanced courses.

=> Contact us to suggest your listing here.
<<PREV Tutorial | NEXT Tutorial>>