Here we explore various ways to move Windows To SSD and each method will follow a step-by-step guide on How To Transfer Windows 10 To SSD:

Every user has a different expectation from his/her system, some desire fast gaming processors and no lag PC, whereas others seek a PC with ample storage, allowing them to store all the necessary files they want to add.

In this article, we will talk about different ways regarding how to move Windows to SSD. It basically includes two different methods, the first method involves the usage of third-party software allowing the user to back up data, whereas, in the second method, the data is lost while transferring Windows to SSD.

But let us first understand the term SSD.

How To Move Windows 10 To SSD 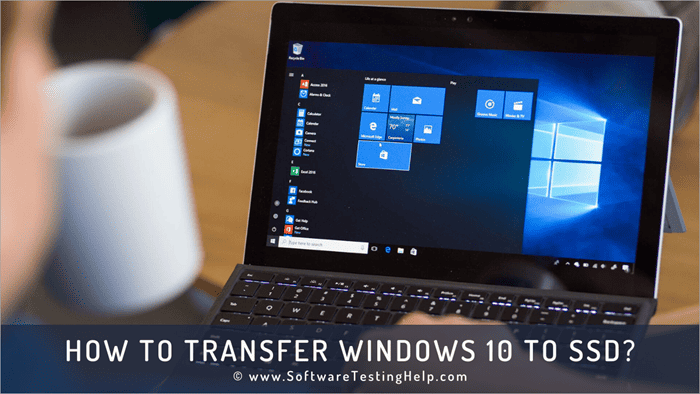 SSD stands for Solid State Drive. It is a storage device that stores data in a more efficient and faster way than HDD. The main reason that SSDs are faster is the flash memory storage technique used in them.

Why We Need To Move Windows 10 To SSD

Windows are transferred to another device to increase the performance and storage of the system. By transferring Windows to SSD, the system’s speed and performance increase, which allows the user to focus on the goal and sole function of the device.

Consider the below-mentioned points while following the process on how to transfer Windows 10 to SSD:

Steps To Transfer Windows 10 To SSD With Cloning Data

When a user wants to make his/her PC work faster and also wants to keep the data secure, then cloning the data and directly transfer Windows 10 to SSD is the most efficient method.

By following the below-mentioned steps, we can complete how to move windows to SSD successfully.

#1) Open your system, and right-click on the ‘’Computer’’ icon as shown in the image below. 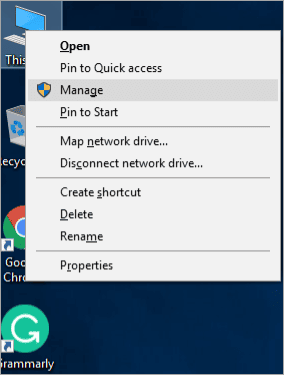 #2) Now, click on the ‘’Manage’’ option. A window will appear, as shown in the image below. 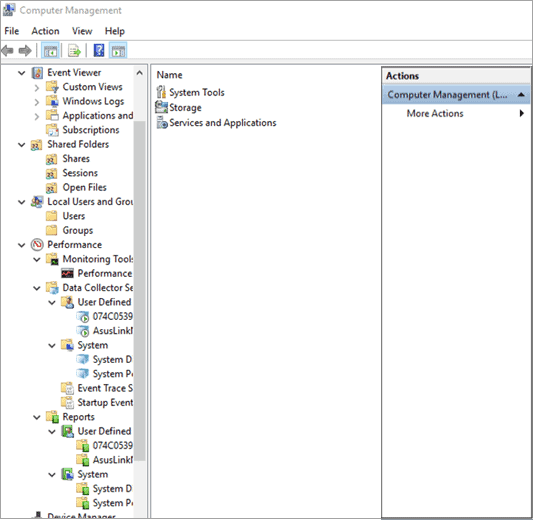 #3) Insert SSD into your system. It will show the unallocated disk in the memory.

#4) A dialog box will appear as shown below. Now, click on the checkbox depicting ‘’GPT (GUID Partition Table)’’ and click on “OK”. 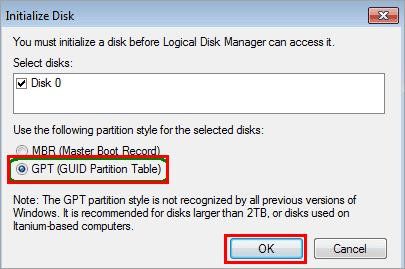 #5) Right-click on the ‘’Unallocated memory’’ and then click on ‘’New Simple Volume’’, as shown in the image below. 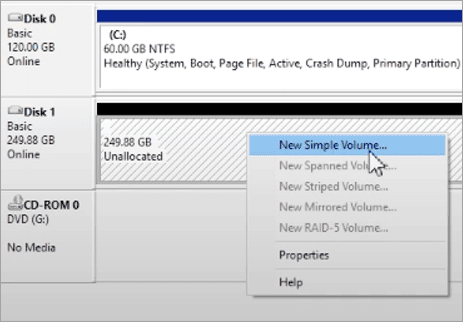 #6) A new simple volume setup wizard will be visible on the screen. 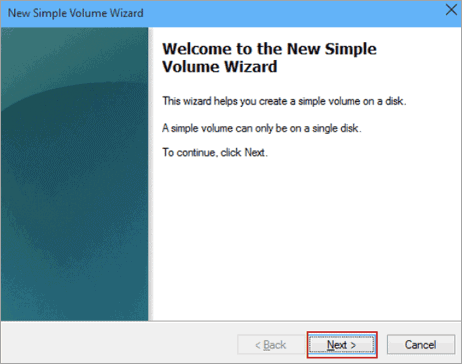 #7) Click on ‘’Next’’ and specify the name of the drive as shown in the image below.

#8) Click on ‘’Finish” to get the memory allocated, as shown in the image below. 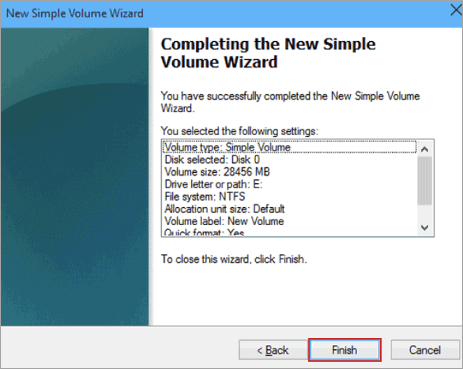 #11) When the setup is downloaded, finish the setup and launch the software. A screen will appear, as shown in the image below. 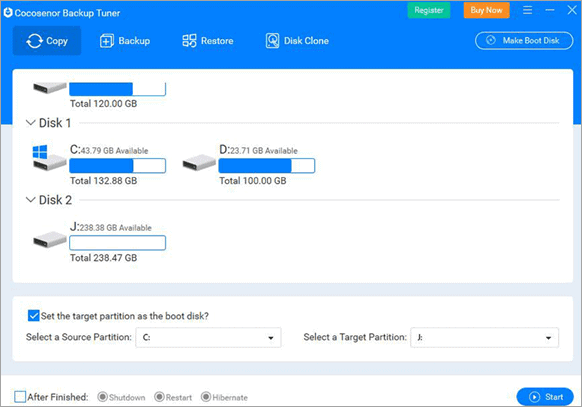 #13) Now, you need to click on ‘’Select a Target Partition’’ as shown in the image below. 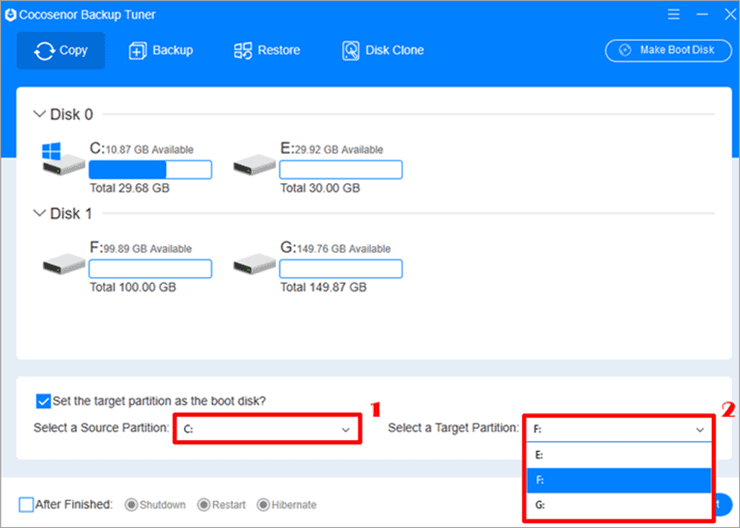 #14) Click on the ‘’Start’’ button after selecting the Target Partition. A dialog box will appear asking to continue. 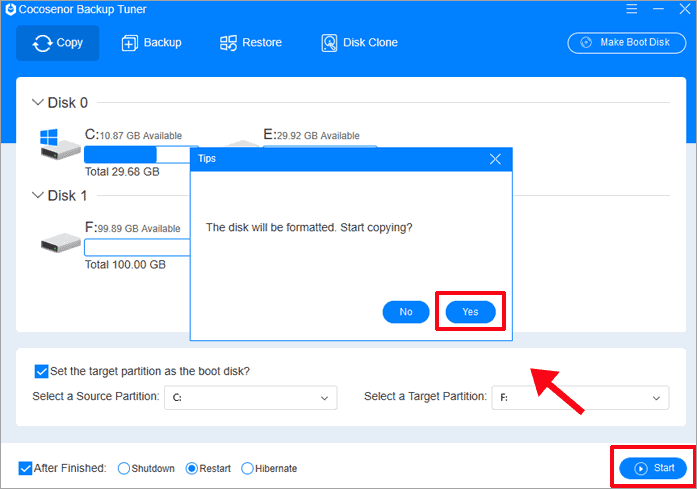 #15) The system will start cloning files. A dialog box will appear, as shown in the image below when the process completes; click on ‘’OK’’. 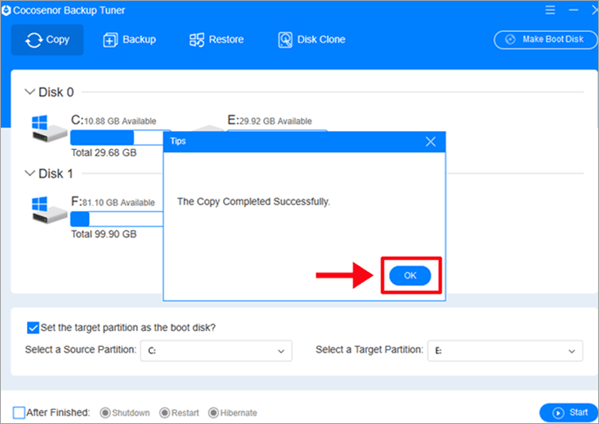 #17) When the PC restarts, press the respective keys (Del/F2/F11) to enter the BIOS menu depending on the hardware.

How To Move OS To SSD

Suppose you want to speed up your system and start it fresh by removing Windows from the system. We can make Windows 10 clone to SSD by using the methods mentioned below.

#2) Now open the browser and type ‘’Microsoft Windows Installation Media’’, and a screen will appear as shown in the image below. Click on ‘’Download Tool Now’’.

#3) The processing will take some time.

#4) Chose the option “Create installation media for another PC,” as shown in the image below. 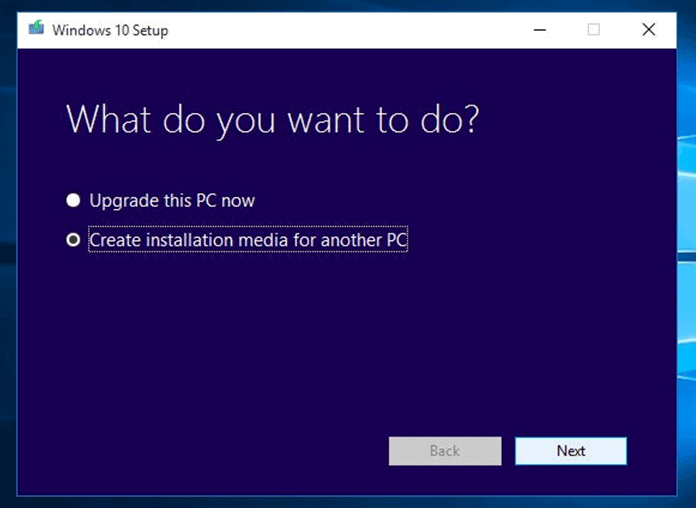 Tip: Make sure only SSD is connected to your motherboard by an external USB socket.

#5) Choose the ‘’64-bit’’ option, and the system will start writing the Windows 10 to SSD as shown in the images below.

#6) Now choose the media to use and restart your system. 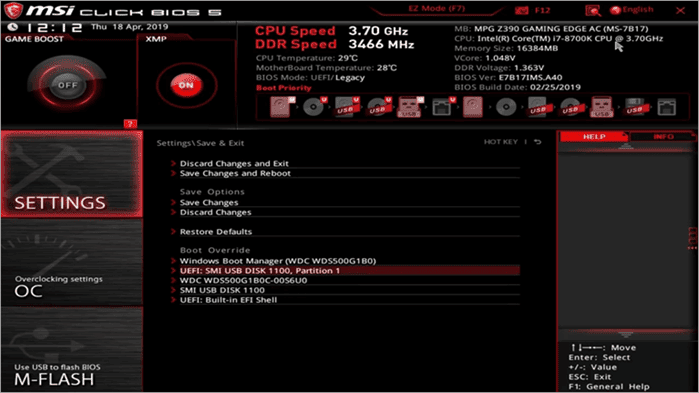 #9) A dialog box will be visible on the screen, as shown in the image below. Specify the language of the system. 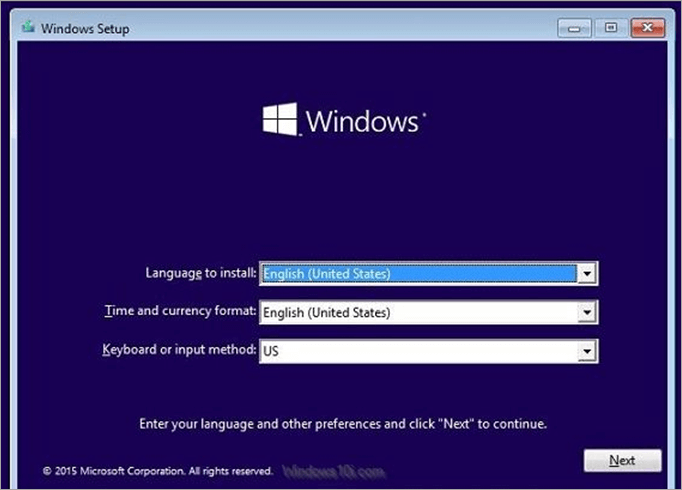 #10) When you will click on “Next”, another dialog box will appear. Click on “Install now” as shown in the image below. 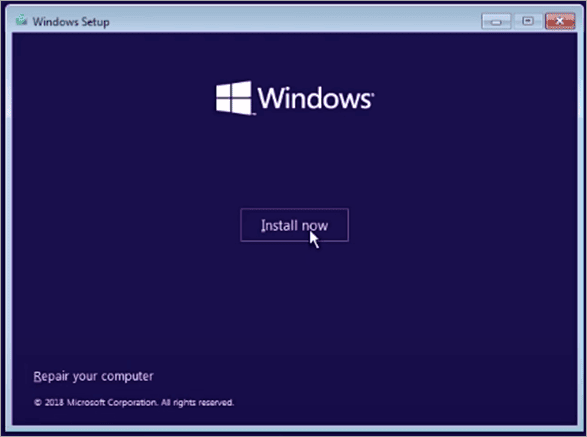 #11) Now, enter the product key of the Windows.

Tip: If you don’t remember the product key, then click on “I don’t have a product key” and log in using your Microsoft account, and select the version of your Windows. 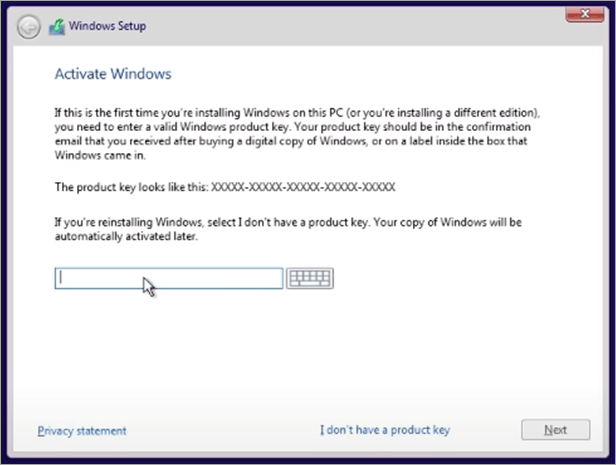 #12) A partition table will appear, delete all partition and keep only one lump drive with all storage and click on next.

#13) The Windows will begin the installation, and when it completes, the system will load Windows 10.

By following the above steps, you can move Windows 10 to SSD.

Q #3) How to move Windows 10 to SSD without reinstalling it?

Answer: It depends on the requirements. If you need a faster system, SSD is the preferred choice, whereas if there is a need for extra storage space, then HDD can be used in the design.

Answer: You can make Windows 10 clone to SSD by using the cloning tools which can be easily downloaded and used.

Q #6) Does cloning a device make it bootable?

Answer: The software is mostly used to store a backup of data, whereas when the data is cloned to the live target disk, it turns bootable.

Q #7) How do I swap my hard drive without reinstalling Windows?

Answer: This can be done quickly by cloning your Windows to SSD and then restarting the system that makes data intact without reinstalling.

Q #8) Do you need to reinstall Windows after replacing the SSD?

Answer: No, there is no need to reinstall Windows once you have installed the SSD on your device.

Q #9) How do I make my SSD my primary boot device?

In this article, we came around two different methods by which we can transfer Windows 10 to SSD and hence increase the speed and performance of the system. The first method involved the usage of third-party software allowing the user to back up data, whereas, in the second method, the data is lost while transferring Windows to SSD.

We also discussed a few FAQs related to the topic.