This tutorial explains what is a Taskbar and seven step-by-step methods to fix the Taskbar Won’t Hide error in Windows 10 with screenshots:

Many users face issues while hiding the Windows taskbar and they have to look over the taskbar on the screen, which creates a distraction.

A new feature has been introduced in the later version after Windows 7, and now users can hide their taskbar and enjoy the entire screen.

In this article, we will discuss the taskbar and the ways to fix the taskbar hiding feature, thereby making it easier for the users to hide the taskbar and utilize the entire screen, and thereby allow gamers to prevent the taskbar from showing in the game. 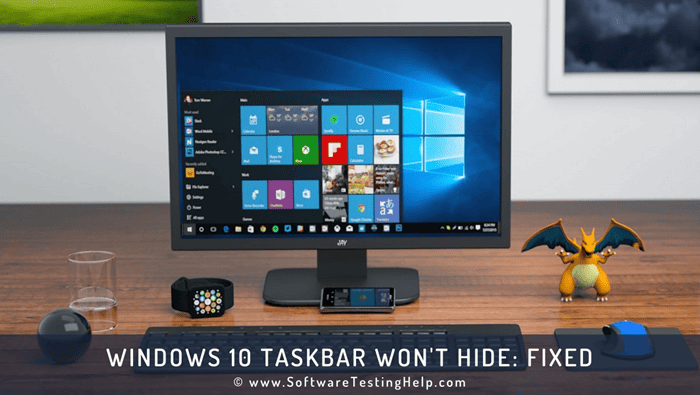 A taskbar is a graphical element present at the bottom of the screen and it reflects the applications active in the system. The taskbar in Windows 10 constitutes various key features as given below.

#1) Start Button: The start button is the button that allows users to access various applications from the drop list provided directly.

#2) Search Bar: The search bar looks for applications in the system and also provides web searches over an active internet connection.

#3) Pinned Applications: The pinned applications are the applications that are pinned to the taskbar by the user for easy access.

#4) Active Applications: The taskbar displays the apps that are currently active and used by the user.

#5) Network and System Notifications: The rightmost block on the taskbar indicates the various network-based notifications as well as the system notifications like system update or low battery.

#6) Clock: The clock is present on the taskbar, thereby making it easier for the users to keep track of time while working.

How To Hide The Taskbar

This feature by Windows can be enabled by following the steps mentioned below. 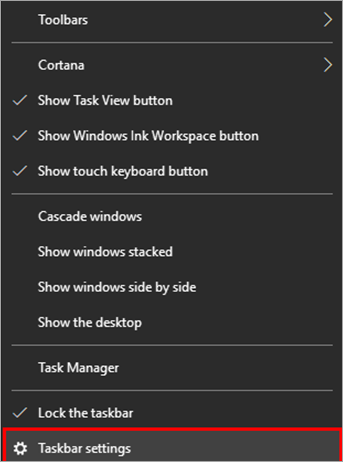 #2) Toggle on “Automatically hide the taskbar in desktop mode”, as shown in the below image. 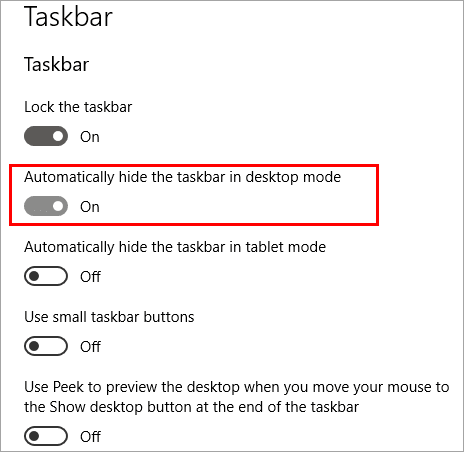 Ways To Fix The Error – Taskbar Won’t Hide In Fullscreen

Hiding the taskbar provides the user with the opportunity to utilize the entire screen. Many gamers complain that their taskbar won’t go away in fullscreen during games and it creates a distraction while playing games. There are various ways mentioned below, using which a user can fix the error – taskbar showing in fullscreen in his/her system.

Sometimes the Windows Explorer freezes, and this results in the bug that causes the taskbar won’t hide the error. Restarting Windows Explorer is one of the quick fixes that help in the easy fixing of the bug.

The steps to restart Windows Explorer are as follows. 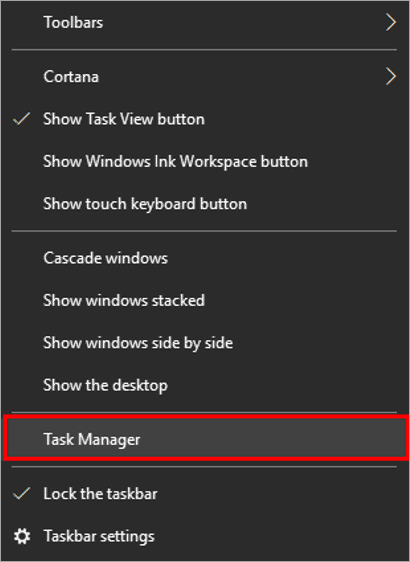 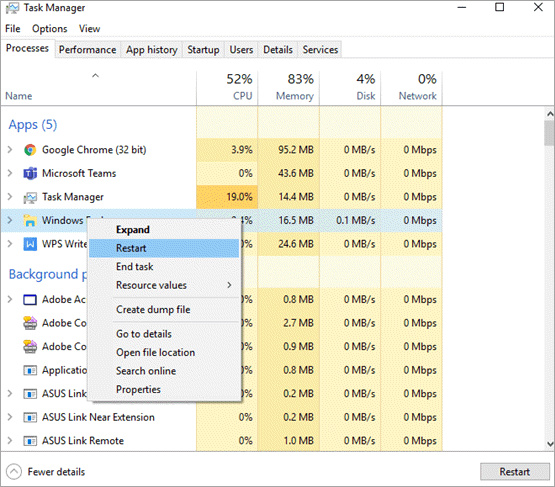 This is the easiest and the quick fix, that allows the user to fix the error the taskbar doesn’t hide. We can say that this method is the hidden taskbar Windows 10 shortcut, and if the fix doesn’t work out and still the taskbar won’t hide, then refer to the upcoming techniques.

Suggested reading =>> How To Disable Iphlpsvc on Windows 10

To check the mentioned settings in the taskbar settings option, follow the steps below. 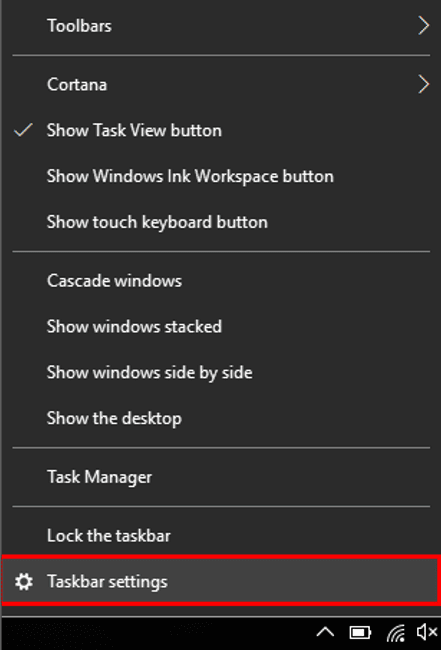 By following the steps mentioned above, the user can easily enable the taskbar auto-hide feature in Windows, and it won’t show an error.

Another big reason for the taskbar won’t hide errors is notifications. Various apps show different notifications, like if you are downloading a file from Chrome, then its icon will show the progress in the taskbar – this keeps the taskbar active and doesn’t allow it to hide.

Taskbar showing in the fullscreen game is the biggest issue that creates a distraction for the gamers. To fix this error, notifications must be disabled and this will allow the taskbar to hide.

Follow the steps mentioned below to fix the error – taskbar that won’t hide in the fullscreen game. 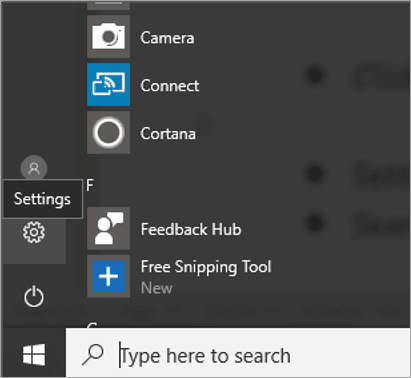 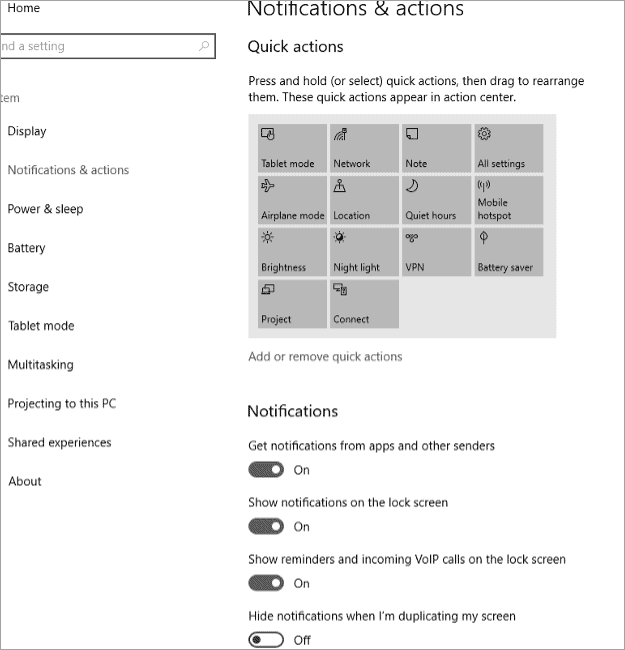 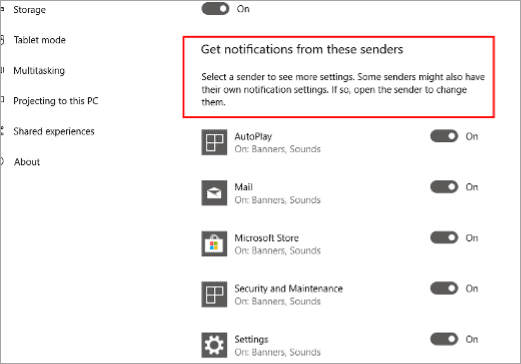 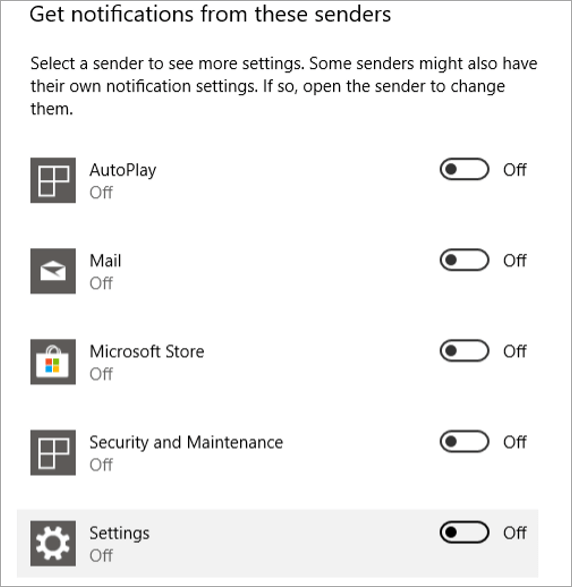 By following the steps mentioned above and turning off all the apps notification, the taskbar won’t hide error can be fixed.

To facilitate and manage the easy functioning of Windows, there is a feature termed group policy. It is a feature that provides users centralized access to make changes in various settings. There are different group policies linked to multiple settings in the system.

By following the steps mentioned below, the user will learn about various group settings and make changes accordingly in the system. 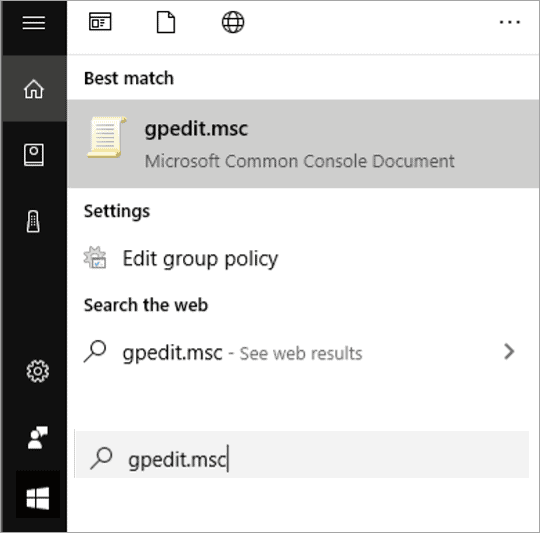 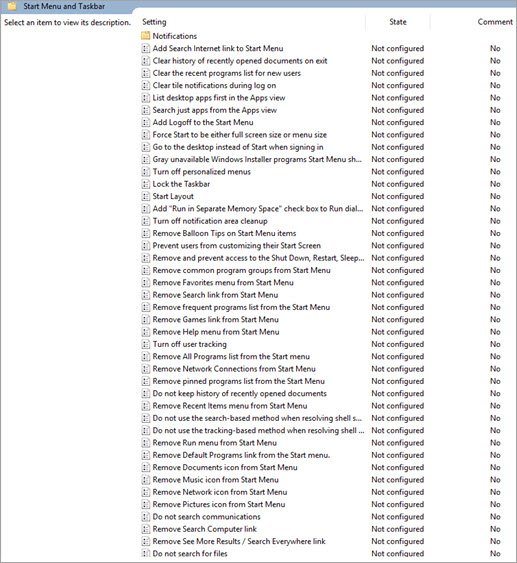 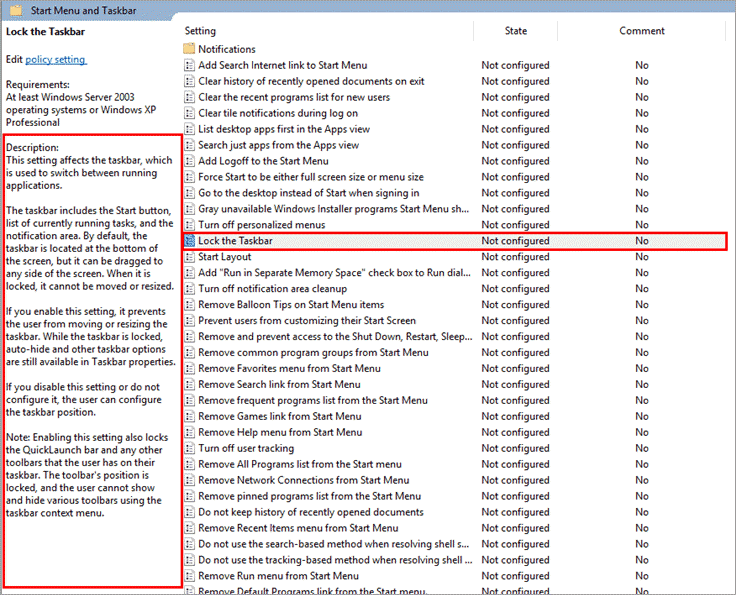 Another possible way of fixing the taskbar that won’t hide errors is by updating your system. Updating the system to the latest version may contain the fixes to the error – the taskbar won’t hide.

Follow the steps mentioned below to update your system. 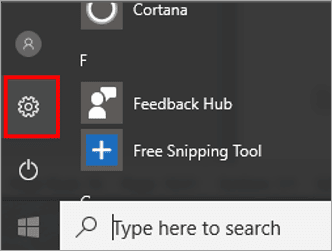 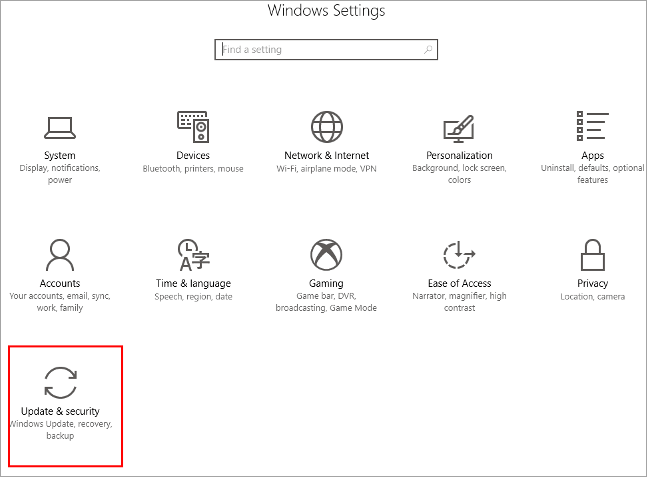 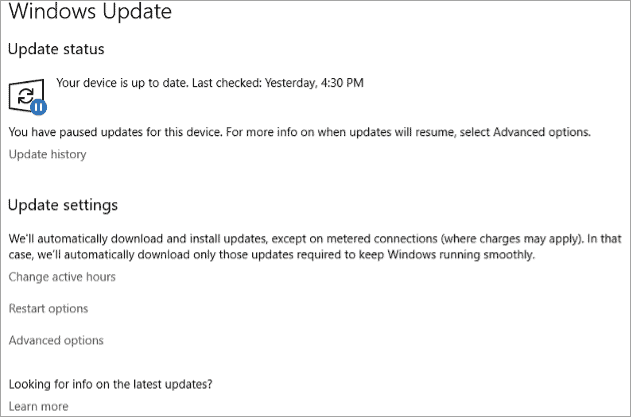 If updates are available, then update the system as it might contain the fix to the error – the taskbar won’t hide.

Sometimes, when a user uses a chrome player and switches to full screen, then the taskbar doesn’t hide, and it does not allow the user to utilize the screen. Therefore, by following the steps mentioned below, the user can fix this problem. 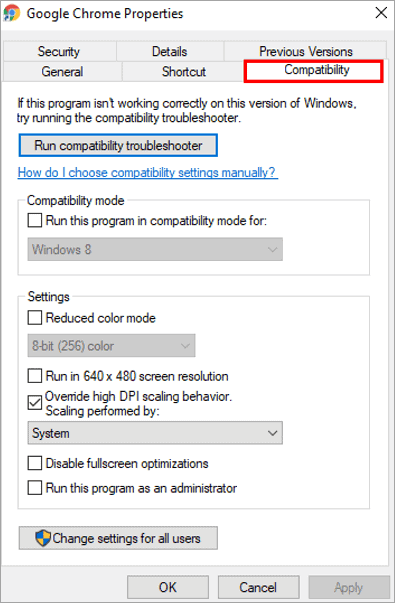 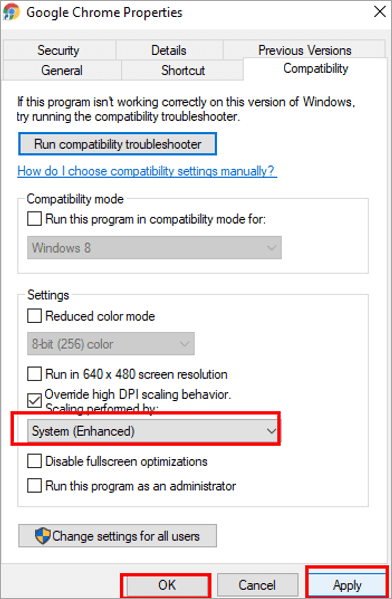 The change in settings or some extension may be a reason for the error – the taskbar won’t hide in Chrome, so restoring the Chrome to default settings is a way of fixing this error.

Follow the steps mentioned below to restore Chrome to default settings. 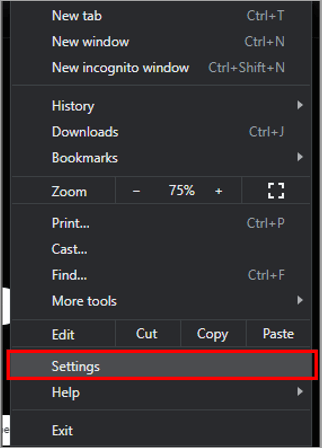 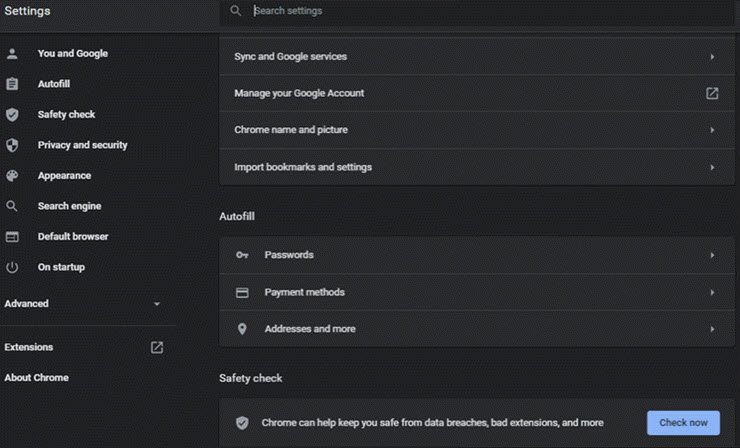 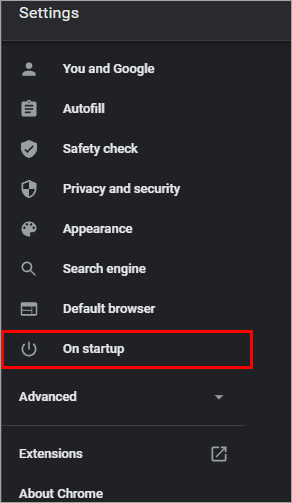 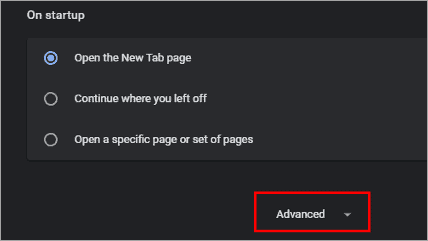 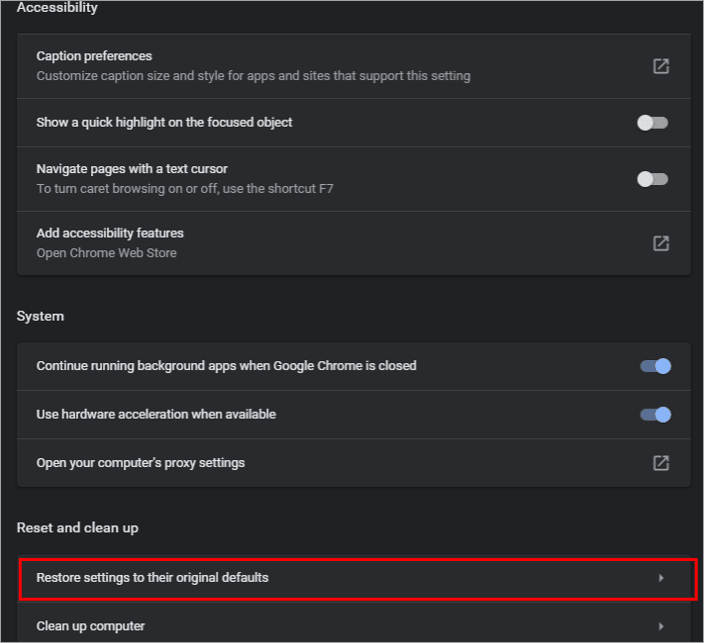 Q #1) Why is my Windows taskbar not hiding in fullscreen?

Answer: Make sure that the option – “Automatically hide the taskbar in desktop mode” in the Settings is enabled.

Even after that, if the taskbar is not hiding in fullscreen, then it’s probably because of some app that is providing notifications that do not allow the taskbar to hide during the full screen. Malfunctioning of Windows Explorer, latest updates not installed in the system, etc., can be the other reasons.

Answer: Follow the steps mentioned below to fix the error – the taskbar won’t hide.

Q #3) Why can’t I see system icons on the taskbar?

Answer: It might be possible that icons would be disabled in the settings, so you cannot see them. The system icons can be enabled easily using the steps mentioned below.

Q #4) How to restore the taskbar to the bottom of the screen?

The error taskbar won’t go away in fullscreen may seem like a simple and small issue, but it is a grave problem as it does not allow the users to utilize the entire screen.

Also read =>> How to fix the Activate Windows Watermark

It also becomes the reason for distraction on the screen. Gamers do not prefer the taskbar showing in the full-screen game Windows 10, as it becomes a distraction for them while focusing on the gameplay.

By using the above methods, the user can fix the taskbar that won’t go away in full-screen error and he/she will certainly find the taskbar showing in fullscreen.