Read this insightful featurewise comparison – Ubuntu Vs Windows – a comparison of the two popular operating systems of the modern era to decide which is better for your computer:

In this vast ever-expanding world of computers, users are spoilt for choices. These choices can be for the hardware of the computer or something as basic as the Operating System.

While the scope of these choices for an Operating System is limited just to a few major players in the market, but the impact of this choice can make or break the computing experience for us. 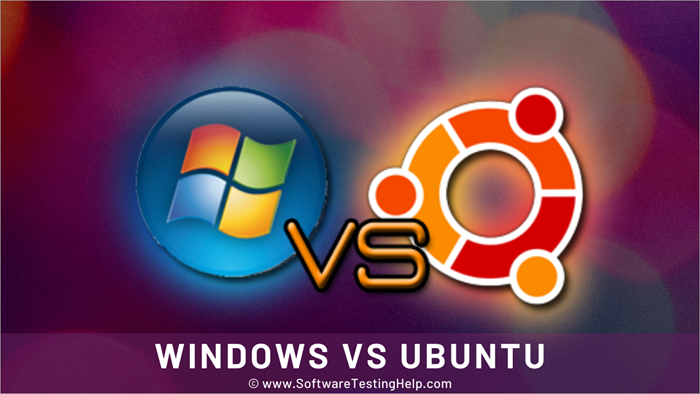 In this tutorial, we will discuss two popular Operating Systems i.e. Windows and Ubuntu. We will also compare these two Operating Systems to understand the close competitive features and advantages that one has over the other.

Let’s now understand a little more about Windows and Ubuntu before we make a comparative study between these two operating systems.

This Operating system provides a smooth and compatible environment for running a variety of applications and software. It also has robust flexibility and high hardware versatility. The latest version of Windows is Windows 10 however, Windows 7 and Windows Pro have been the most successful versions.

There are a lot of advantages and disadvantages of the Windows Operating system as listed below. 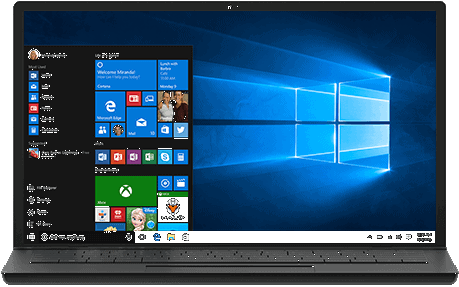 Ubuntu belongs to the Linux family of the Operating system. It was developed by Canonical Ltd. and is available for free for personal and professional support. The first edition of Ubuntu was launched for Desktops. The later editions were meant for Server and Core which is used for the Internet of Things and Robots.

Ubuntu is known to provide an extremely user-friendly environment. The latest version of Ubuntu is Ubuntu 18.04. This version is a non-Long-Term Support (LTS) version.

Let’s also take a look at the advantages and disadvantages of the Ubuntu Operating System. 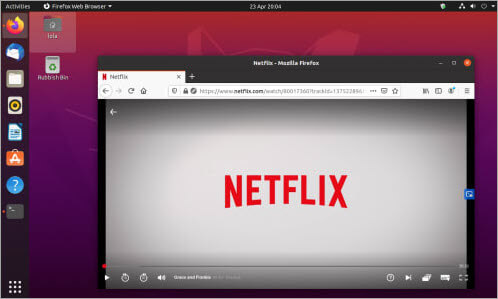 Windows Vs Ubuntu- Which Is A Better Choice

Given below is a detailed comparison between Windows and Ubuntu with respect to some common parameters.

The latest version of Windows is Windows 10, the price paid by users is $119.99 for home or personal use and $199.99 for professional use. In comparison to Windows, Ubuntu is available for free.

It is also called an open-source operating system as users can also get its source code and understand the working mechanism of this Operating System.

Windows has a huge consumer base and therefore the Operating System proves to be suitable for a variety of applications and software. The only challenge faced by users is that the latest version of Windows required the drivers of the computer to also be updated.

Some of the resource requirement comparisons for the latest versions of Ubuntu and Windows have been shown in the table below. Windows has a higher consumption of resources when compared to Ubuntu.

Windows provides a far wider scope for suitability or compatibility with various software. Some programs like MS Office do not run on Ubuntu. Even if we look at the Games, the percentage availability for Ubuntu is very less.

It is however true that the users can find other options in terms of applications in Ubuntu which are similar to MS Office. The only limitation for Ubuntu is in terms of Games, as Games run faster in Windows. Ubuntu does not support some of the most popular games these days.

The options for personalization in Windows are limited to the color theme, wallpapers, and icon theme whereas Ubuntu offers personalization of every element of the user interface. Windows provided limited modes to the users to choose from while personalizing but with Ubuntu, there is no such limitation.

Ubuntu is known to be more secure when compared to Windows. This is primarily because the number of users using Ubuntu is far lesser as compared to that of Windows. This ensures that the damage in terms of virus or damaging software is less as the main motive of attackers is to affect maximum computers.

In order to make any changes to Ubuntu, a password is needed which thereby makes the execution of any virus nearly impossible. This is the same for most operating systems which are Linux-based where root privilege is required by the attackers for any damaging activity.

Safety tools like Antivirus is inbuilt in Ubuntu and timely updates and patches are released to bridge any security gaps.

As compared to Windows, Ubuntu is way ahead in terms of being centered on privacy. The sensitive data of the users is not collected by most Linux based distributions and the users have the option to disable any such feature with any degree of risk whatsoever. Windows, on the other hand, is not as privacy centered.

Most of the features which can be taken as violating the privacy of users, cannot be disabled. However, there are many other options that can be enabled or disabled as per the discretion of the user.

In Windows, the users are dependent on hardware resources like mouse and keyboard to accomplish operations. This is because Windows users operate in a graphical interface and it is a simple process for the user to begin operating in Windows.

Windows OS is mainly used by regular users. However, Ubuntu allows the users to carry out operations with just the keyboard. This is possible because Ubuntu has both a graphical interface as well as command-line operations.

This makes the process of usage slightly complicated and the users may need some assistance to begin operations. But the great benefit with Ubuntu is that unlike Windows, the users do not see any pop-up message for updates. Ubuntu uses the latest version of applications.

When Ubuntu Operating System needs to be updated, the users do not need to restart the machine as the update can easily run in the background. This makes Ubuntu a preferred choice for services like Server.

Whenever a user faces problems with Windows, Microsoft has dedicated service teams who provide support, over the phone or in person. Apart from this, the users also have an option to get online support and sometimes also choose local computer repair shops as an option.

In case of a problem or support needed with Ubuntu, online support is always recommended. Users have an option to log onto a number of chat rooms or websites which provide support and also educate users about Linux.

Ubuntu also has a Live CD that can be used for the installation of the operating system either from the CD or a USB drive.

The below table consolidates all the major differences between Windows 10 and Ubuntu and thereby would help you to read at a glance.

In the above table on Windows 10 vs Ubuntu, we looked at the differences between Ubuntu and Windows 10, and it is completely a user’s choice as to which Operating System they must choose. Below are some tricks that the users can follow to maximize their computing experience.

Q #1) Which is faster- Ubuntu or Windows?

Answer: Ubuntu has always been known for running faster than Windows. This is true for the overall performance of Ubuntu and for its application-wise speed as well.

Q #2) Can Windows be replaced with Ubuntu?

Answer: Yes. No external tool is required to clear the hard drive. Users need to download Ubuntu ISO and write it on a disk. Ubuntu can be used here. The user needs to select “wipe the disk” and Ubuntu is ready to be installed.

Q #3) Is Ubuntu good for Developers?

Answer: Ubuntu has proven to be the best option for Developers. This is because it supports new technology like Artificial Intelligence and Machine learning.

Q #4) How much RAM is required for Ubuntu?

Answer: The minimum RAM requirement for Ubuntu is 1024 MB however it is strongly recommended to use 2048 MB RAM.

Q #5) Does Ubuntu use lesser resources than Windows?

Answer: Yes. The background services in Ubuntu are much lesser than Windows and thus the resource consumption is also less.

Q #6) Which is better for programming – Windows or Ubuntu?

Answer: Ubuntu is known to be a preferred choice for programmers. This is mainly because it is an Open source Operating system, and this allows the programmers to deeply understand the working of this operating system.

The terminal can be used for all kinds of programming and no third-party application is needed as in the case with Windows.

In this tutorial, we explored the two Operating systems – Windows and Ubuntu. We saw a detailed comparison between Ubuntu and Windows that will help readers to make a smart choice.

While Windows enjoys popularity among ordinary users because of its user-friendly features, Ubuntu remains a preferred choice for developers and programmers.

It is recommended that before making a choice, one must analyze the requirements and factors like Price, Usage, and security.

We hope this tutorial would help our readers take a wise decision.