Learn about the Four Biggest Cyber Security Mistakes to Avoid During Software Testing and the Steps that can be taken to Rectify Them:

“To Err is Human” is a well-known phrase and mistakes do occur regardless of what field it is. Obviously, software developers are not an exception to it. Get to know the Top Cyber Security Mistakes that should be avoided while testing.

There has never been a greater risk of falling victim to a cyber-attack. Despite this, countless developers continue to make crucial mistakes that leave them vulnerable rather than protected. 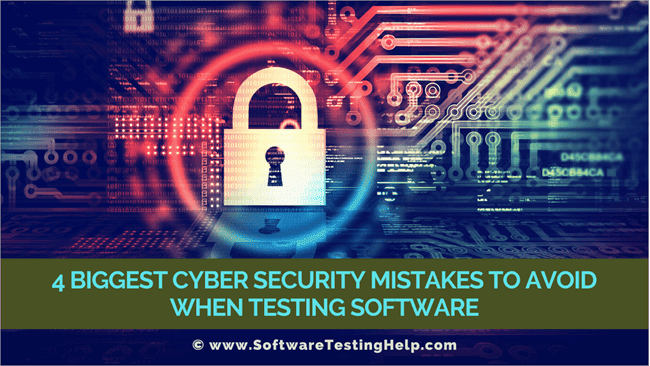 While developing any software, there are countless small mistakes that can lead to a weak point in your software’s cybersecurity.

This can leave your software and its users vulnerable to all manner of cyber-attack as given below:

Understanding the different kinds of cyber-attacks is important, as it can prepare you to know what you may be faced with. Likewise, it is important to understand how common cyber-attacks are becoming, and how likely they are to occur.

As most vulnerabilities in software is a bug that has gone unfixed, a seasoned cyber-security professional will tell you that it is not a case of if your software will be a victim to an attack, but when.

Cybercriminals are highly-skilled, often highly-experienced experts who will be orchestrating attacks that are extremely hard to stop. Therefore, it’s crucial that steps are taken to prevent these attacks before the criminals get a chance to. 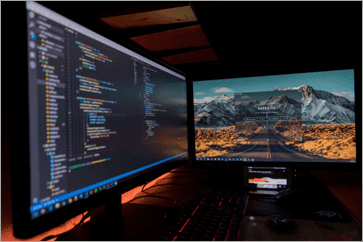 This article will explain the four biggest cyber-security mistakes that developers make during software testing, and what steps can be directly taken to rectify these mistakes.

The top 4 Cyber-Security mistakes are explained below in detail.

One of the best ways to tackle potential threats is to perform penetration tests. This is a process by which you test the security of your software before an attacker gets the chance to.

In order to do this, testers use tools that simulate hacking scenarios in order to identify and manipulate holes in security. The kind of holes that would lead to real-world losses of cardholder information, IPs, personal records, health information, ransomware, or other malicious attacks.

This is an important part of wider cybersecurity. Through penetration testing, your company or development team can find security risks, gaps in compliance, and simulate the potential real-world consequences of a large scale data breach.

These can also be performed to prepare information security teams to handle cyberattacks, and practice to test their response time. Likewise, security budgets can be planned, and important areas of data can be secured behind more resilient security measures.

Without this simple but effective process, your software is going to be exposed to enormous risks down the line, as you are essentially leaving it open to chance whether you have a vulnerability in your software or not. Chances are (unless you’re a genius savant developer) that you will.

A good example of this would be a video game that has a third party engine, such as the Unreal Engine.

This third-party code is typically used to perform important functions to the software you are developing. As this can affect various elements of your final build, it’s critical that this element is secure. But too often, this isn’t the case.

Third-party code/software can be riddled with vulnerabilities that the original developer or subsequent users have failed to notice or simply neglected. On top of this, many developers can’t accurately say which third party elements they are using, or if they have been security audited.

This leaves developers in a strange conundrum. Writing code from scratch is out of the question, but hoping the security vulnerabilities will go unnoticed by hackers is similarly unacceptable. So, what can be done?

Firstly, knowing exactly what code is being used is essential. Secondly, ensuring that it has been tested and found reliable is even more essential. By restricting yourself to third party elements that have already been found to be reliable, you will go a long way to ensure your software has similar levels of reliable security.

This may seem like excess work, but software can live or die by its security reputation which is bad news for any dev team or company.

WordPress add-ons regularly go unused because of poor reviews, and six out of ten customers check a business’s reviews before working with them. So it’s best to make sure that your code is secure and your reputation is solid. 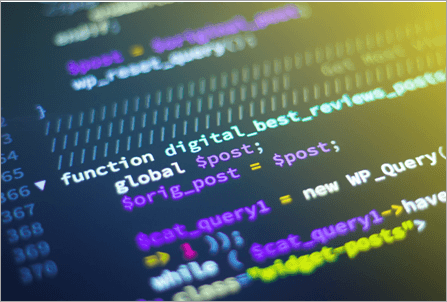 An enormous (and far too common) testing mistake is to use backdoor accounts during testing, forget they exist, and then forget to remove then. Sure, it’s not very likely that anyone will find it. But if they do, then you can end up in a world of cyber-attack hurt.

An example of this would be Cisco discovering that they had left backdoor accounts open which gave attackers root access to vulnerable devices.

Likewise, Project Basecamp discovered that countless admin accounts and logins were hardwired into ICS firmware. When they notified vendors, however, the response was less “whoops” and more a hurried explanation that these things were important.

In reality, these were enormous security holes that anyone could have taken advantage of.

Attacks can even come from inside, with poorly guarded passwords at Capital One leading to a huge data breach. Although fairly unique, strong cybersecurity, better password discipline, and a greater understanding of their software may have helped.

With any software, you’re testing to make sure that when you’re finished any backdoor accounts are retired and all login credentials are removed. This is extremely easy to do, but so often overlooked, by leaving attackers an added avenue of attack in the future.

Data security is arguably the largest security problem in the world of programming. Insecure, unencrypted data handling has many different types, but is always appearing as a constant slip up for programmers. A lack of encryption, for instance, is easily one of the top errors that a programmer can make.

Sensitive data cannot be handled without being encrypted during transit and when it is at rest. To do anything less leaves it incredibly vulnerable. This can be any data that includes passwords, usernames, access to webcams, financial information and much more. Some of these cost users money, while others drastically invade their privacy.

Encryption practices are becoming commonplace across industries. Not only expected in software, but it’s also now almost mandatory for e-commerce businesses or even blogs to have SSL encryption technology securing web-server to browser connections.

But encrypting the data isn’t a cure-all. You must test your encryption tools to make sure that they are fully implemented and can withstand all brute-force cyber attacks. This means using modern, state of the art encryption methods.

Likewise, there’s a little point in robust encryption if the code that encompasses it is riddled with vulnerabilities that can be exploited by hackers. Encryption or not, they’d still have access to the data.

An example of this kind of problem can be seen when Abobe had over 150 million customer passwords stolen by hackers. The codes were encrypted, but only with symmetric, reversible encryption. This means that if the hacker was skilled enough to discover the encryption key, then he could view each passcode in cleartext.

Knowing that a developer like Adobe was being so careless hardly did any favors to the company’s brand.

On an individual level, taking actions such as setting up a secure software firewall to block unauthorized access to your computer systems and encrypting your network with a VPN service will be the absolute minimum things you can do to help ensure your privacy and security.

The lesson here is that encryption must be taken seriously. Not just as a one size fits all security measure, but as the one that is as rigorously tested as your software itself should be.

No one wants their software to be at the heart of an enormous cyber attack. Nobody wants to be the next Abobe or Cisco. But as cybercrime is on the rise, and more sophisticated forms of attack are being developed, it is no longer an option to release software that hasn’t been thoroughly tested.

The four biggest mistakes that developers make comes down to a lack of clear understanding of how their code can become vulnerable.

By understanding that their code will have inherent and adopted weaknesses from third-party software, developers can rigorously test their software and prevent these mistakes from affecting their software.

Likewise, tidying up after testing is crucial as it helps to ensure backdoor accounts and hardcoded passwords have been removed.

Proper data security must also be paramount, as leaving data insecure can lead to enormous data breaches down the line that will harm your customers as well as your software’s reputation.

We hope this tutorial will help you understand the impact of Cyber-Security Mistakes!!