An Overview of System Testing and End-to-end testing:

End-to-end testing and System testing always go hand in hand, but even an experienced test professional can get confused about the vast benefits that each offer and choose only one.

In this article, we will try to debate between End-to-end testing and System testing. In order to understand the difference between that, we will first understand what are the different stages that any developing product goes through. 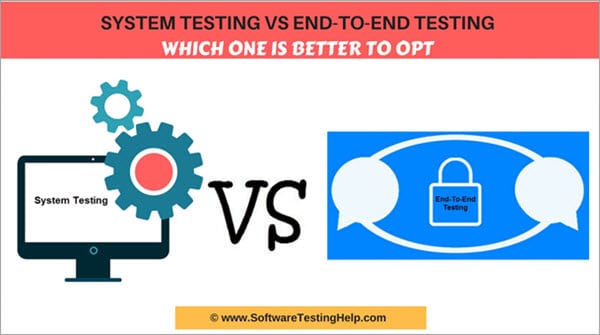 In the Software industry, we are always in a dilemma of choosing between a faster release and a quality release but there is always a fine balance between them. We all expect speed as well as quality at the same time, which is quite a tougher one. 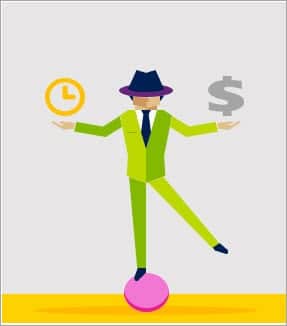 Life of a Software Product under Test

The lifecycle of a product starts once the business requirements are obtained from the client. The concerned team which is responsible for it will do a thorough analysis of the same and further design the technical specifications.

These specifications will help the technicians or developers to kick-start their job in software development. Steps involved here are explained below for your easy understanding.

Step #1: Based on high-level product description, a software product is categorized into different modules and then into components or units. These units are developed independently so that their development can continue in parallel by engaging multiple developers.

Once developed, these units are tested individually which will fall under Unit Testing.

Step #2: Individual validation ensures that all the units of a system are performing as expected on functional as well as feasibility grounds. These components, modules or sub-systems are integrated with the next level and then tested as an integrated unit in Integration testing.

Step #3: System Testing comes into the picture in this step where the integrated product would be tested first time as a whole in a pseudo-production environment. This level of testing is performed to check the compliance against functional as well as non-functional business requirements.

Step #4: It is a level of testing that is performed for client acceptability and hence, called as Acceptance Testing. This will be performed just before handling the software to the client, which is the Production environment. 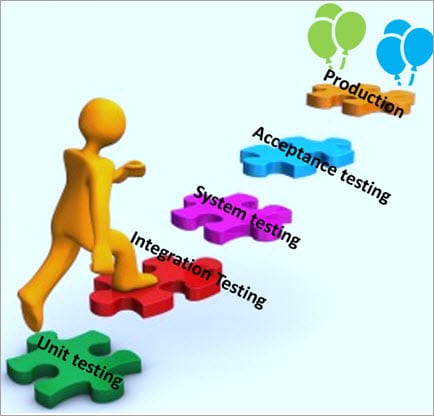 What is System Testing?

System testing is something, which is done post Integration Testing, and before Acceptance Testing of any hardware or software available.

System testing is performed to analyze the coordination of the adjoined components as one system so as to ensure if that it is meeting the Quality Standards or not. The primary focus is to detect the defects within inter-assemblages by performing functional & non-functional tests on the integrated product.

Non-functional tests are performed to ensure if the developing product will stand up to the business expectations or not. They are carried out to determine the response time of an application or to check on the compatibility or handling installation, performance, regression, scalability, security and few other areas.

Hence, an application needs to clear both functional & non-functional levels to ensure if it is up to market standards else, it can spoil the company’s reputation. 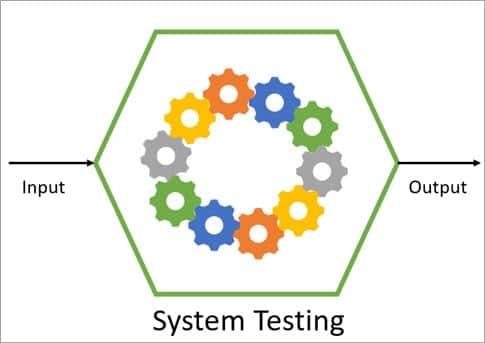 Let me explain with the help of an example of a cab booking mobile application like Uber:

Uber provides the facility of booking cabs online and it has various modules like location tracking, payment gateways, cab fare and driver profiles which can be tested independently as a part of Unit testing.

Once these modules work independently, they are integrated to test and ensure if they are working with each other under Integration testing.

Further, the customer requirements will start being validated only in system testing like if the customer is able to find a cab nearest to his location or if they are able to the make payment to Uber using their choice of payment methods etc.

Validating these scenarios are covered in System testing.

Why is System Testing Important?

System testing is required as developers/testers need to check on the few aspects before moving to the next level.

System Testing includes scenarios based on business risks, use cases or high-level description of the product behavior. Cases related to interactions with different system resources should also be a part of system testing.

Hence, it should be conducted by someone who has a complete knowledge of the required product both at architecture-level as well as business level. Internal knowledge at coding level is not required but system knowledge is mandatory for the tester.

Generally, a separate team would be assigned with the task of System Testing and team will design their own system test-plans & system test cases, which will be different from the ones performed earlier in terms of test coverage. If required, multiple iterations of system testing can be performed in several environments.

When to Kick off System Testing?

System testing can be kicked off when:

What is End-to-End Testing?

Testing a software is an important parameter of Software Quality Assurance. A good quality product always gives a higher level of satisfaction to both the inventors as well as the buyer. To put it, in other words, a qualified or a premium product is a result of thorough regression and removal of the defect at every level.

As explained by the name itself, end-to-end testing is one of the testing levels where an application flow is tested in conjunction with the dependent systems. This is done to ensure smooth interaction with the backend & front-end applications such as databases or GUI using network channels and hence is referred as Chain Testing as well.

Unlike System testing, user interface testing does not play any significant role here but the check is on the underlying data that puts the interface in functioning mode. End-to-end testing is usually performed once the product qualifies System Testing. 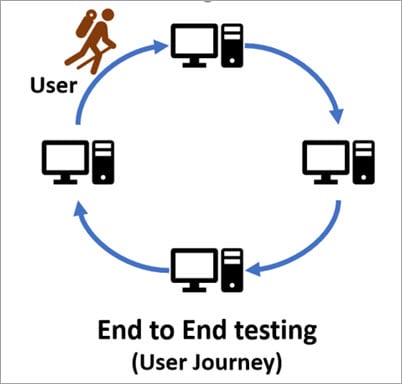 Continuing our Example of Uber in end-to-end testing phase, we will validate the complete customer journey

Opening the app on user mobile ->finding a cab for entered destination ->Tracking the cab before or during the ride-> completing the ride and paying using one of the payment options -> finally credit settling into the driver’s account.

Running through this end-to-end flow ensures that the customer is able to fulfill their needs. This testing is important to identify the customer experience issues especially related to multiple systems coming together.

Why is End to End Testing Important?

End-to-End testing plays an important role when the developed product needs to be a distributed system and is required to function collectively with the other systems in various environments. In such scenarios, a 360-degree check is required to ensure accurate interaction across different platforms & environments.

The main objectives of end-to-end testing include:

If required, repeatable tests should be conducted to keep a check on the health of the application. At times situation may arise where we see a conflict between the developer and tester on the grounds of understanding the impacted application areas due to minor code changes.

Developers might think the change as minimal but that evolution is significant enough to re-execute the end-to-end test scenarios for a complete system. However, this possibly pushes the delivery dates & may increase the costs as well.

When to Kick Off End to End Testing?

Given below are few differences between System Testing and End-to-End Testing:

Often System Testing & End-to-End Testing are considered to be same but that is not true. Both of them are different forms of testing with a different test coverage.

While End-to-End testing checks on a flow of activities from scratch until the end of the system covering all dependent systems, System Testing will check the same functionality with a different set of inputs to evaluate the response.

Hence, the test coverage for both the types of testing will be different.

As explained above, both the types of testing hold equal importance in the product development cycle and hence, are required to unearth the defects of different categories.

Hope you would have got a clear idea of which testing to opt? Meanwhile, feel free to share your experiences in the comments section below.

8 thoughts on “System Testing Vs End-To-End Testing: Which One is Better to Opt?”