Definition – What is Compliance Testing?

“Compliance testing” also know as Conformance testing is a nonfunctional testing technique which is done to validate, whether the system developed meets the organization’s prescribed standards or not.

There is a separate category of testing known as “Non-Functional Testing”. 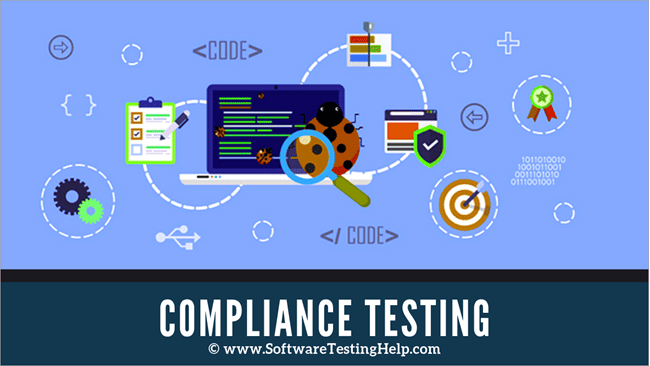 As of now, I am trying to throw some light on the 4th point which is Compliance Testing.

This is basically a kind of an audit which is done on the system to check if all the specified standards are met or not. To ensure that the compliances are met, sometimes a board of regulators and compliance expert people are established in every organization. This board puts a check whether the development teams are meeting the standards of the organization or not.

The teams do an analysis to check that the standards are properly enforced and implemented. The regulatory board also works simultaneously to improve the standards, which will, in turn, lead to better quality.

Compliance testing is also known as Conformance testing. The standards normally used by the IT industry, are basically defined by the large organizations like IEEE (International institute of electrical and electronics engineers) or W3C (World Wide Web Consortium), etc.

It can also be carried out by an independent/third party company which specializes in this type of testing and service.

Objectives of compliance testing include:

When to use Compliance Testing

Management should ensure that the teams have a proper and clear understanding of the standards, procedures, and methodology. They can arrange proper training for the team if needed.

It is important that the compliance check should be made right from the inception of the project than at the later stage because it would be difficult to correct the application when the requirement itself is not adequately documented.

How to do a compliance check

Doing Compliance check is quite straight forward. A set of standards and procedures are developed and documented for each phase of the development lifecycle. Deliverables of each phase need to compare against the standards and find out the gaps. This can be done by the team through the inspection process, but I would recommend an independent team to do it.

Compliance testing is performed to ensure the compliance of the deliverables of each phase of the development lifecycle. These standards should be well understood and documented by the management. If required training and sessions should be arranged for the team.

Compliance testing is basically done through the inspection process and the outcome of the review process should be well documented.