Alpha and Beta testing are Customer Validation methodologies (Acceptance Testing types) that help in building confidence to launch the product, and thereby result in the success of the product in the market.

Even though they both rely on real users and different team feedback, they are driven by distinct processes, strategies, and goals. These two types of testing together increase the success and lifespan of a product in the market. These phases can be adapted to Consumer, Business, or Enterprise products.

This article will give you a complete overview of Alpha Testing and Beta Testing in a precise manner. 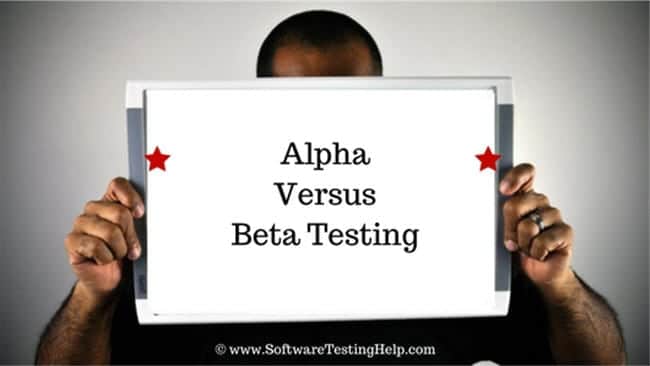 Alpha and Beta Testing phases mainly focus on discovering the bugs from an already tested product and they give a clear picture of how the product is used by the real-time users. They also help in gaining experience with the product before its launch and valuable feedback is effectively implemented to increase the usability of the product.

Goals and methods of Alpha & Beta Testing do switch between themselves based on the process followed in the project and can be tweaked to be in-line with the processes.

Both these testing techniques have saved thousands of dollars to large-scale software releases for companies like Apple, Google, Microsoft, etc.

What is Alpha Testing?

Alpha testing can also be done by potential users or customers of the application. Still, this is a form of in-house acceptance testing.

Recommended read => What is Alpha Testing? 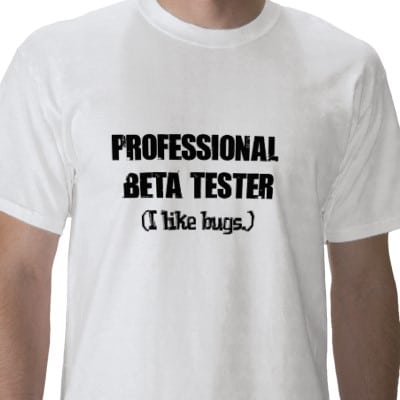 What is Beta Testing?

This is a testing stage followed by the internal full alpha test cycle. This is the final testing phase where companies release the software to a few external user groups outside the company’s test teams or employees. This initial software version is known as the beta version. Most companies gather user feedback in this release.

In short, beta testing can be defined as the testing carried out by real users in a real environment.

Though companies do rigorous in-house quality assurance from dedicated test teams, it’s practically impossible to test an application for each and every combination of the test environment. Beta releases make it easier to test the application on thousands of test machines and fix the issues before releasing the application to the public.

The selection of beta test groups can be done based on the company’s needs. The company can either invite a few users to test the preview version of the application or they can release it openly to give it a try by any user.

Fixing the issues in the beta release can significantly reduce the development cost as most of the minor glitches get fixed before the final release. So far, many big companies have successfully used beta versions of their most anticipated applications.

For example, recently Microsoft corporation released Windows 10 beta and based on the feedback from thousands of users they managed to release a stable OS version. In the past, Apple also released OS X beta in public and fixed many minor issues and improved the OS based on user feedback.

Recommended read => What is Beta Testing?

How Alpha and Beta testing differ from each other in various terms:

Alpha and Beta testing are equally important in any company and both play a major role in the success of a product.  We hope that this article would have enhanced your knowledge of the terms “Alpha Testing” and “Beta Testing” in an easily understandable manner.

Feel free to share your experience in performing Alpha & Beta Testing. Also, let us know if you have any queries about this article.

37 thoughts on “Alpha Testing and Beta Testing (A Complete Guide)”