What Is End to End Testing: E2E Testing Framework with Examples

End-to-end testing is a Software testing methodology to test an application flow from start to end. The purpose of End to end testing is to simulate the real user scenario and validate the system under test and its components for integration and data integrity.

Nobody wants to be known for their mistakes and their negligence, and the same is the case with the Testers. When the Testers are assigned an application to test, from that moment, they take the responsibility and the application also acts as a platform to show their practical and technical testing knowledge.

So, to describe it technically, to ensure that testing is done completely, it is necessary to perform “End to End testing”. 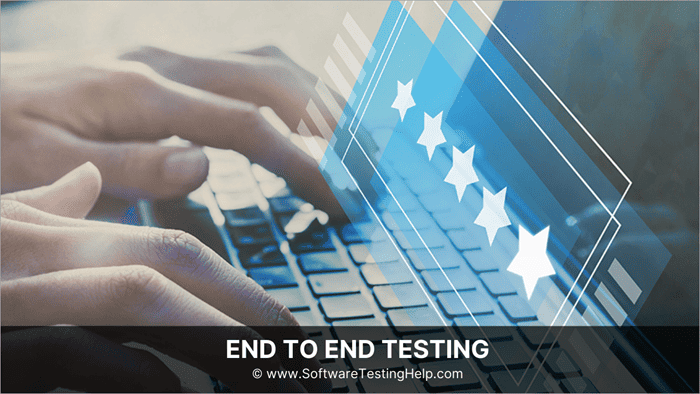 In this tutorial, we will learn what is End to End Testing is, how it’s done, why it’s necessary, what are the matrices used, how to create an end to end specific test cases, and a few other important aspects also. We will also learn about System testing and compare it with End to End tests.

What is End to End Testing? 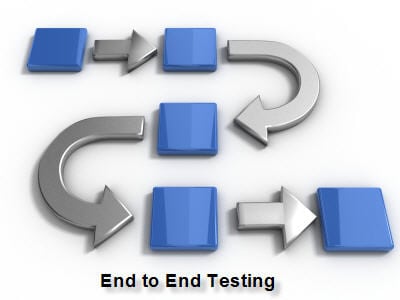 End-to-end testing is a Software testing methodology to test an application flow from start to end. The purpose of this testing is to simulate the real user scenario and validate the system under test and its components for integration and data integrity.

It is performed from start to finish under real-world scenarios like communication of the application with hardware, network, database, and other applications.

The main reason for carrying out this testing is to determine various dependencies of an application as well as ensure that accurate information is communicated between various system components. It is usually performed after the completion of functional and system testing of any application.

Let us take an example of Gmail: 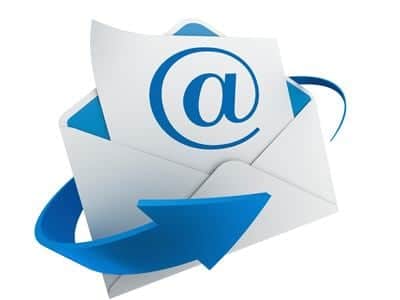 End to End Verification of a Gmail account will include the following steps:

Avo Assure is a 100% scriptless test automation solution that helps you test end-to-end business processes with a few clicks of the buttons.

Being heterogeneous, it enables you to test applications across the web, windows, mobile platforms (Android and IOS), non-UI (web services, batch jobs), ERPs, Mainframe systems, and associated emulators through one solution.

With Avo Assure, you can:

To understand a bit more, let us find out How it works?

Take an example of the Banking Industry. Few of us must have tried out Stocks. When a Demat account holder, purchases any share, a particular percentage of an amount is to be given to the broker. When the shareholder sells that share, whether he gets profit or loss, a particular percentage of the amount is then again given to the broker. All these transactions are reflected and managed in accounts. The whole process involves Risk Management.

When we look at the above example, keeping the End-to-End test in mind, we will find that the whole process includes multiple numbers as well as different levels of transactions. The whole process involves many systems that can be difficult to test.

This method is used very commonly. It occurs horizontally across the context of multiple applications. This method can easily occur in a single ERP (Enterprise Resource Planning) application. Take an example of a web-based application of an online ordering system. The whole process will include accounts, inventory status of the products as well as shipping details.

In this method, all the transactions of any application are verified and evaluated right from the start to finish. Each individual layer of the application is tested starting from top to bottom. Take an example of a web-based application that Uses HTML codes for reaching web servers. In such cases, API is required to generate SQL codes against the database. All these complex computing scenarios will require proper validation and dedicated testing. Thus this method is much more difficult.

‘White Box testing’ as well as ‘Black Box Testing’ both are associated with this testing. Or in other words, we can say, this is the combination of benefits of both white box testing and black-box testing. Depending on the type of software being developed, at different levels, both the testing techniques i.e. white box and black box testing are used as and when required. Basically, End to End test performs functional as well as the architectural approach for any software or programs to validate system functions.

Below enlisted are a few guidelines that should be kept in mind while designing the test cases for performing this type of testing:

As we execute any test cases, similar is the case with this testing. If the test cases are ‘Pass’ i.e. we get the expected output, it is said that the system has successfully passed the End to End test. Likewise, if the system does not produce the desired output, then a retest of a test case is required keeping in mind the areas of failure.

Why Do We Perform E2E Testing?

These sub-systems we are talking about can be within the same organization or in many cases can be of different organizations also. Also, these sub-systems can be somewhat similar or different from the current system. As a result, if there is any failure or fault in any sub-system, it can adversely affect the whole Software system leading to its collapse.

These major risks can be avoided and can be controlled by this type of testing:

Below mentioned are the few activities that are included in the end to end process:

We will look into all the 3 categories one by one:

#2) Conditions: Following activities should be performed as a part of building conditions based on user functions:

Moving to the next important activities or metrics involved in this testing:

We have almost seen all aspects of this testing. Now let us differentiate “System Testing” and “End to End testing”. But before that let me give you a basic idea of “System testing” so that we can easily differentiate between the two forms of software testing.

System testing is the form of testing which includes a series of different tests whose purpose is to perform the complete testing of the integrated system. System testing is basically a form of black-box testing where the focus is on the external working of the software systems from the user’s point of view keeping real-world conditions as consideration.

Above we have seen the basic description of System testing to understand it. Now, we will look out the differences between “System Testing” and “End to End testing”.

Hope you learned various aspects of End to End tests like their processes, metrics, and the difference between System testing and End to End testing.

For any commercial release of the software, End to End verification plays an important role as it tests the entire application in an environment that exactly imitates real-world users like network communication, database interaction, etc.

Mostly, the end to End test is performed manually as the cost of automating such test cases is too high to be afforded by every organization. This is not only beneficial for system validation but can be also considered useful for testing external integration.

Let us know if you have questions about the end-to-end test.

17 thoughts on “What Is End to End Testing: E2E Testing Framework with Examples”