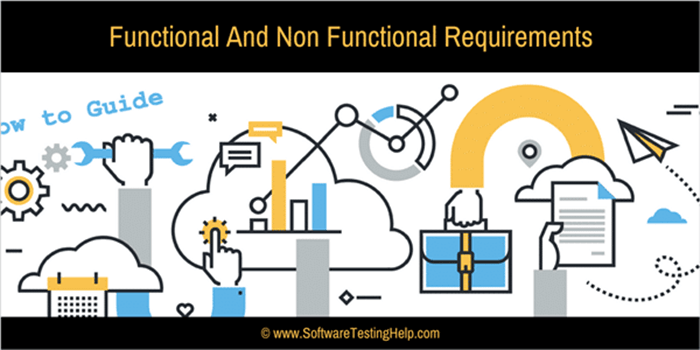 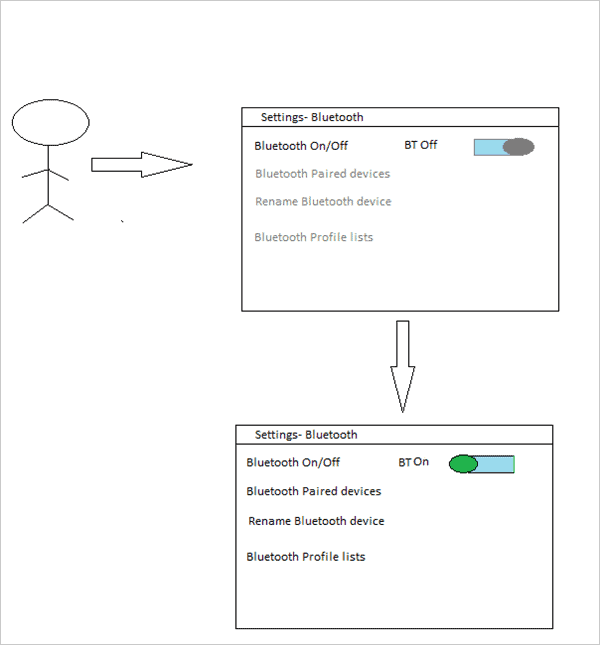 Functional requirements could include the following components that can be measured as part of functional testing:

#1) Interoperability: Requirement describes whether a software system is interoperable across different systems.

So interoperability checks whether communication between the two different devices is possible or not.

Another example is from the email service systems like Gmail. Gmail allows importing emails from another mail exchange server like Yahoo.com or Rediffmail.com. This is possible because of interoperability between email servers.

Example: Cyber Security based services in the ADAS surround-view camera-based system that uses Controller Area Network(CAN) that protects the system from the security threat.

Another example is from the social networking site Facebook. A user’s data should be secure and must not be leaked to an outsider. We hope this example of Facebook gives a wider purview of security to readers due to recent data breach incidence at Facebook and the consequences faced by Facebook.

#3) Accuracy: Accuracy defines a data entered into the system is correctly calculated and used by the system and that the output is correct.

Example: In the Controller Area Network, when a CAN signal value is transmitted over CAN bus by an ECU (viz. ABS unit, HVAC unit, Instrument cluster unit, etc.) another ECU will be able to identify whether the sent data is correct or not via CRC check.

Another example can be from an online banking solution. When the user receives a fund, the amount received should be exactly credited to the account and no variation in the accuracy is accepted.

Another example can be that of Apple Car play in Car infotainment system. The App in the infotainment gets a certificate from Apple if all the preconditions mentioned in the Apple website are fulfilled by third-party Car Play devices (infotainment in this case).

Another example can be from a Web-based application for the railway ticketing system. The website should follow the cybersecurity guidelines and comply with the World Wide Web in terms of accessibility.

Below are a few attributes to be taken into consideration:

A snapshot from DOORS

This is already covered as part of the section “Deriving Functional requirements from Business requirements” under the Requirement Analysis article.

This difference is loosely covered in the Requirement analysis article. We will, however, try to highlight a few more points here in the below table:

URPS (Usability, Reliability, Performance, and Supportability) from FURPS (Functionality, Usability, Reliability, Performance, and Supportability) quality attributes that are widely used in the IT industry to measure the quality of a software developer, are all covered in non-functional requirements. Besides, there are other quality attributes also (details in the next section).

Wikipedia calls the non-functional requirement as ‘ilities’ sometimes, due to the presence of various quality attributes like portability and stability. 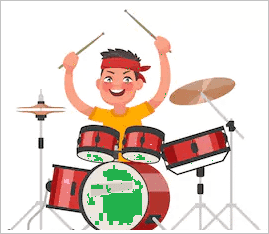 A performance attribute type of non-functional requirement measures system performance. Example: In the ADAS surround view system, “rear camera view should be displayed within 2 seconds of starting the Car ignition”.

Another example of performance could be from an infotainment systems Navigation system. “When a user goes to Navigation screen and enters the destination, the route should be calculated within “X” seconds”. One more example from the web application login page. “Time it takes for the user profile page to load after login.” 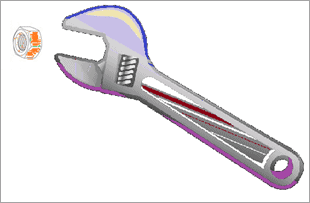 Usability measures the usability of the software system being developed.

For example, a mobile web application is developed that gives you information about plumbers and electrician’s availability in your area.

The input to this app is postcode and radius (in kilometers) from your current location. But to enter these data, if the user has to browse through multiple screens and data entry option is displayed in small text boxes that are not readily visible to a user, then this app is not user-friendly and hence usability of the app will be very low. 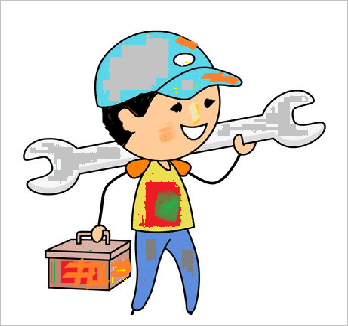 Example: A software system is developed that has the high number of dead codes (codes not used by other functions or modules), highly complex due to excessive use of if/else condition, nested loops, etc. or if the system is huge with codes running into many millions of lines of codes and no proper comments. Such a system is low in maintainability.

Another example could be of online shopping webpage. If there are many external links on the website so that the user can have an overview of the product (this to save on memory), then the maintainability of this website is low. This is because, if external webpage link changes, it has to be updated on the online shopping website also and that too frequently. 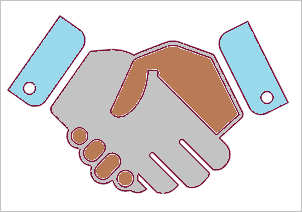 Reliability is another aspect of availability. This quality attribute emphasizes the availability of a system under certain conditions. It is measured as MTBF just like maintainability.

Example: Mutually exclusive features like rearview camera and Trailer in ADAS surround-view camera system should reliably work in the system without any interference with each other. When a user calls up the Trailer feature, the rearview should not interfere and vice versa as both features access the rear camera of the car.

Another example from the online insurance claim system. When a user starts claim reporting and then upload relevant expense bills, the system should give enough time for upload to complete and should not cancel the upload process quickly. 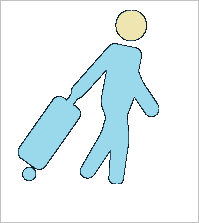 Portability means the ability of a software system to work in a different environment if the underlying dependent framework stays the same.

Let us take another example from WhatsApp. It is possible to install and use the messaging service on IOS, Android, Windows, Tablet, Laptop, and Phone. 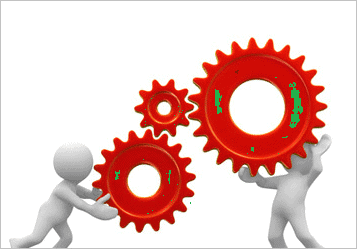 Another example from Rediffmail. When there was an update in the version of the web-based mailing service, the system allowed the user to switch to a newer version of the mailing system keeping the older one intact for few months. This enhances the user experience as well. 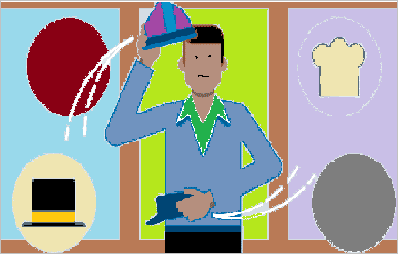 Example: Antilock Braking System in Car should work as per standard in all weather conditions (hot or cold). Another example could be that of an Android operating system. It is used in different types of devices, viz. Smartphones, Tablet computers, and Infotainment systems and are highly adaptable.

In addition to the 7 non-functional requirements listed above, we have many others like:

Let us take the example from our Infotainment systems that we have already taken in a few places in this article. The user can perform many actions on the Infotainment system, viz. change the song, change song source from USB to FM or Bluetooth audio, set Navigation destination, update infotainment software via a software update, etc. 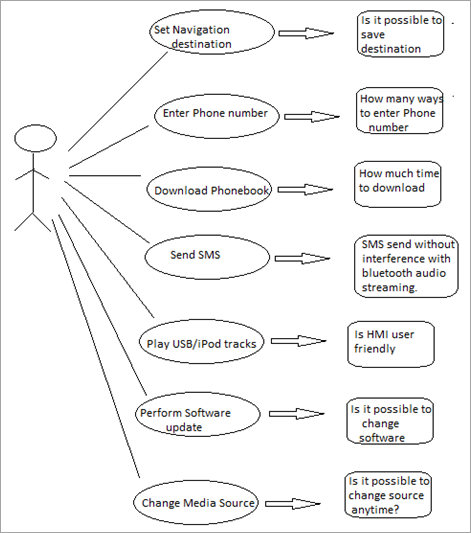 The next step is the categorization of non-functional requirements that we have identified via questions. At this stage, we can check the possible answer and categorize the answers to possible non-functional categories or different qualities.

In the image below you can see the possible quality attributes identified from the answers. 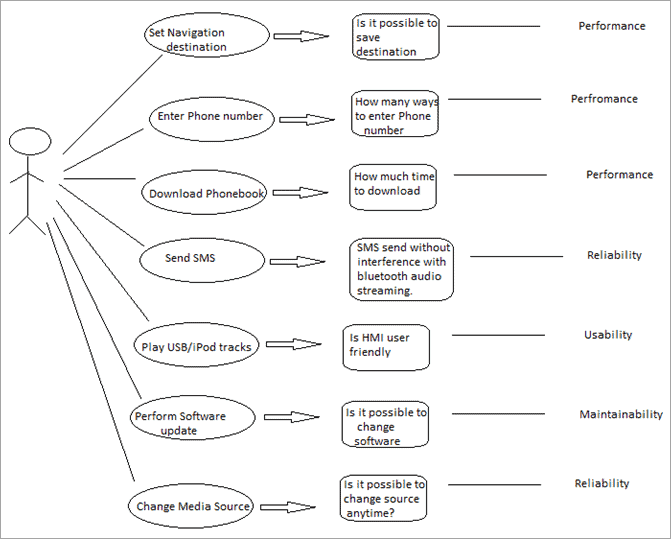