Component testing sometimes is also referred to as Program or Module Testing.

An application can be thought of a combination and integration of many small individual modules. Before we test the entire system, it is imperial that each component OR the smallest unit of the application is tested thoroughly.

In this case, the modules or the units are tested independently. Each module receives an input, does some processing and generates the output. The output is then validated against the expected feature. 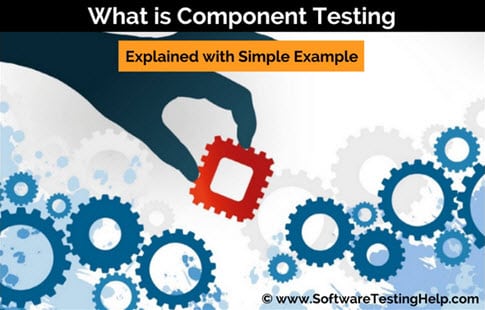 The software applications are huge in nature and it is a challenge to test the entire system. It may lead to many gaps in the test coverage. Hence before moving into Integration testing or functional testing, it is recommended to start with Component testing.

It is a kind of white box testing.

So, component testing looks for bugs and verifies the functioning of the modules/programs which are separately testable.

There is a test strategy and test plan for component testing. And, for each component, there is a test scenario which will be further broken down in test cases. The below diagram represents the same: 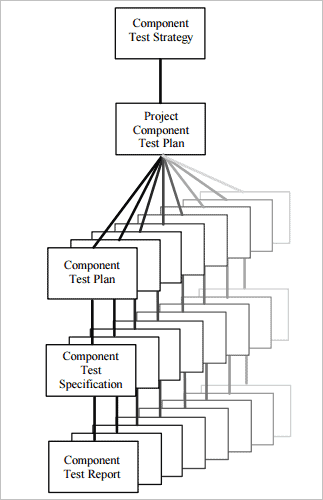 The objective of Component Testing

The main objective of component testing is to verify the input/output behavior of the test object. It ensures that the test object’s functionality is working correctly and completely fine as per the desired specification.

The four major inputs to component level testing are:

Who Does Component Testing?

Component Testing is done by QA services or the tester.

What is tested under component Testing?

When Component Testing is Done?

Components are tested as soon as they are created, so there are chances that the results retrieved from a component under test, are dependent on other components which in turn are not developed as of now.

Depending on the development lifecycle model, component testing may be performed in isolation with other components of the system. The isolation is done to prevent external influences.

So, to test that component, we use Stubs and Drivers for simulating the interface between software components.

Depending upon the depth of testing level, component testing is divided into two parts:

Unlike module testing where the single component/module is tested thoroughly before integrating it to other components. So, we can say that Component testing is performed before Integration testing.

Both Integration and Component uses Stubs and Drivers.

“Drivers” are the dummy programs which are used to call the functions of the lowest module in case the calling function does not exist.

As explained earlier, the components are tested individually and independently. So, there may be some features of the components, dependent on the other component which is not developed currently. So, to test the components with these “undeveloped” features, we have to use some stimulating agents which would process the data and return it to the calling components.

This way we are making sure that the individual components are tested thoroughly. 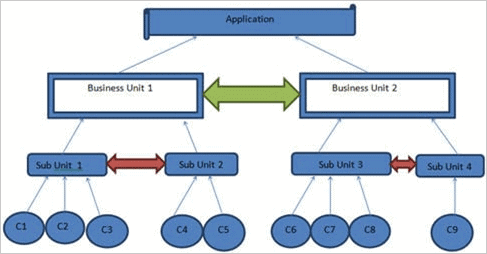 Here we see that:

Hence we would be doing:

Consider a huge web application which starts with a Login page. As a tester (that too in an agile world) we could not wait till the entire application is developed and is made ready to test. In order to increase our time to market, we must start testing early.  So, when we see that the Login page is developed, we must insist that it is made available for us to test.

As soon as you have the Login page available for you to test, you can execute all your test cases, (positive and negative) to ensure that the Login page functionality is working as expected.

The advantages of testing your login page at this point of time would be:

The defects which you would log at this stage would act as “lessons learned” for the development team and these would be implemented into the coding of the consecutive page. Hence by testing early – you have ensured a better quality of the pages which are yet to be developed.

You can go through our earlier tutorial on Integration testing to have more insights on Stubs and Drivers.

How to write component test cases?

The test cases for component testing are derived from work products, for instance, software design or the data model. Each component is tested through a sequence of test cases where each test case covers a specific combination of input/output i.e. partial functionality.

Below is a sample snip of a component test case for Login Module.

We can write other test cases similarly.

Component Vs Interface Vs Integration Vs Systems testing

Component, as I explained, is the lowest unit of an application which is tested independently.

Once the Interface testing is done, comes the Integration testing.

Once all the components are integrated and tested, we perform the Systems testing to test the entire application/system as a whole. This test validates the business requirements against the implemented software.

I would say that Unit testing and Component testing are done side by side.

Unlike Unit testing which is done by the development team, Component/module testing is done by the Testing team. It is always recommended to have a through Component testing done before kicking off the Integration testing.

If the Component testing is rock solid, we will find fewer defects in the integration testing. There would be issues, but those issues would be related to the integration environment or configuration challenges. You can ensure the functionality of the components integrated is working fine.

Hope this tutorial was useful to understand the Component, Integration, and System testing. If you still have queries, feel free to ask us in comments.