Are you Looking for Easy to Learn Kids Coding Languages? Read this Detailed Review And Comparison of the Top Programming Languages For Children:

According to Code.org – a non-profit company focused on making computer science education more accessible, the use of its platform has increased in the U.S in the last five years.

Today, 40% of all students in the country are enrolled on the website to learn introductory computer science. Out of all the students enrolled there, about two million have demonstrated basic computer proficiency and 46% of these students are females. 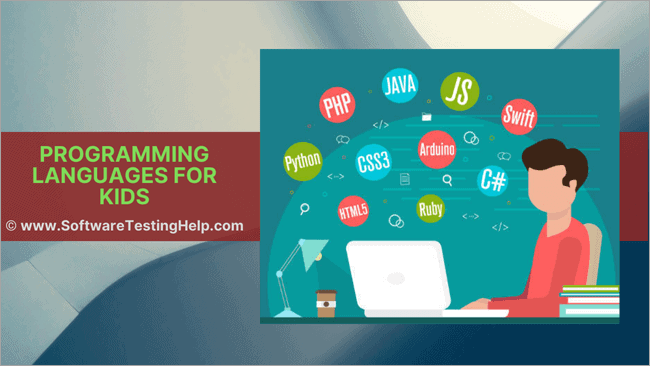 While universities are very much responsible for meeting this shortfall, the best way to overcome the problem is by encouraging students to learn computer science and programming languages while they’re still at school. 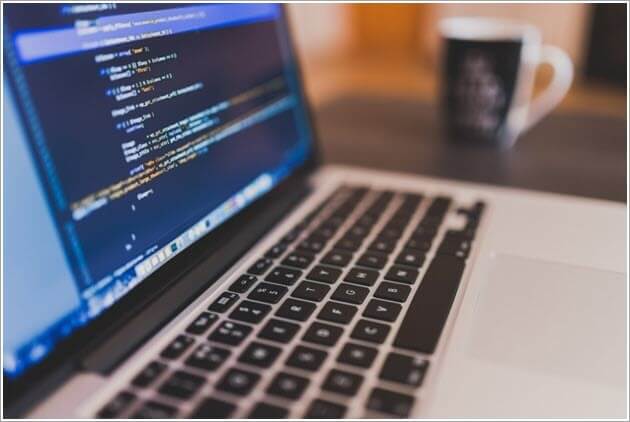 The good news is that school kids are already showing a great interest in coding. According to Code.org, tens of millions of students have already tried its Hour of Code – which is a one-hour tutorial designed for all ages in over 45 languages.

By now, it should be clear that coding language for kids is now a necessity rather than an option. While teaching kids to code can seem daunting and impossible at times, the opportunities that will open up for the kids after they learn how to code will make the lessons worth the effort.

Coding is at the forefront of future careers. Therefore, teaching kids to code in different programming languages will open up many career options for them when it’s finally time to apply and get into a professional college.

In addition to opening up many career options for them, learning how to code can benefit kids in the following ways:

Let’s look at some frequently asked questions (FAQs) about Kids coding languages, including “What type of programming languages are best for Kids?”

FAQs About Programming Languages for Kids

Q #1) What type of Programming Languages are best for Kids?

Teaching compiled programming languages to kids equips them with the ability to compile the written code into an object code instead of having to execute it line by line. Procedural programming languages are useful for dividing a program into statements, variables, conditional operators, and functions.

OOP is useful for implementing entities of the real world like polymorphism, hiding, and inheritance in the programming world. Lastly, the advantage of teaching scripting programming languages is equipping them with the ability to manipulate data in a server or database.

In short, the best type of Programming language for kids will depend on what sort of coding skills you want to equip them with and also what you want to achieve by teaching them how to code.

Q #2) Which features will make Programming Languages good for Kids?

Answer: There are many different features that can make it easy and useful for kids to learn a programming language. However, two main qualities that need to be present in any programming language being taught to kids is Accessibility and Practicality.

One of the main things that make a programming language accessible to kids is that it does not look scary to code or assemble. Some other things that contribute to the language’s inaccessibility are increasingly complex deployment steps and a lot of historical baggage.

Q #3) Is there any age limit for learning Programming Languages?

Answer: No, there is no age limit for learning how to code. You can learn any programming language that you want at any age. In fact, we find coders as old as 70 and as young as five nowadays. This is one of the best things about computer science and programming languages.

Pro-Tip: Here are some recommendations for choosing a coding language for kids. While some young kids will not have a problem learning a complex programming language like C++, and it is best to start with a relatively easier language to introduce the kids to the concept of programming.

For kids between the ages of five and eight, it is best to choose coding languages with visual learning environments.

The Best Coding Languages For Children

Enlisted below are the best Programming languages for Kids in today’s world. 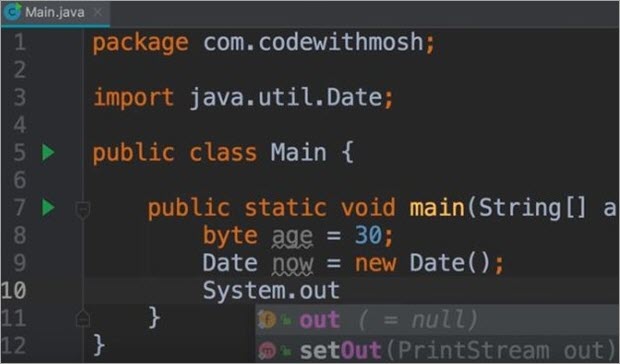 Well-known as the official language for developing apps for the Android platform, Java is an objective-oriented and easy-to-handle programming language and the app developers using this app development technology have many open source libraries to choose from.

For kids, the biggest motivation to learn the Java programming language is learning how to build on Minecraft. Ever since it was released in 2011, the game has been on the minds of many kids across the globe. This interest of kids in Minecraft can be used to teach them how to use logic in Java, and solve several problems using the programming language.

Once kids learn how to code in Java, they’ll find that the Minecraft game is highly adaptive and open for customization.

Additionally, the programming language comes with a guideline that makes it easy for kids to convert Swift commands into game-like behavior. Another great thing about Swift is that it allows development with a simple drag-and-drop code.

Considered as the foundation for most programming languages, C++ is equipped with the capabilities to develop enterprising apps. Using a compiler-based approach, which is a simple and yet effective approach to app development, C++ can help to develop apps on multiple platforms, thanks to its versatility.

In the past, Objective-C, the sister language of C++, was used to develop apps in Apple systems. For kids, it can be a great way to learn how to create applications for windows. 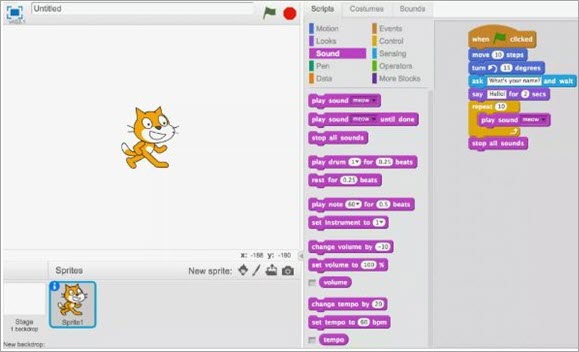 A programming language that provides kids with a solid foundation for learning how to code, Scratch has a visual coding environment and allows the development of apps, games, and characters with drag-and-drop code blocks.

The programming language is supplemented by beginner tutorials, and comes with a building-block visual interface, and can be used without an internet connection. All these make Scratch an ideal language to introduce kids to coding.

A direct competitor of Scratch, Blockly develops code in the same way as the former i.e. it uses the same interlocking building blocks for development purposes. This visual block programming language function of Blockly makes it easier for kids to master code.

Developed for kids aged ten or older, Blockly allows switching programming languages on the fly. Additionally, it is the backbone of the Android App Inventor. Overall, Blockly provides kids aged 10+ with a robust environment for learning programming or how-to code.

Features: Uses interlocking building blocks, can output code in several different programming languages, code is visible along the side of the coder’s screen, ability to switch programming languages on the fly, backbone for Android App Inventor, ideal for teaching coding to kids of all ages, etc. 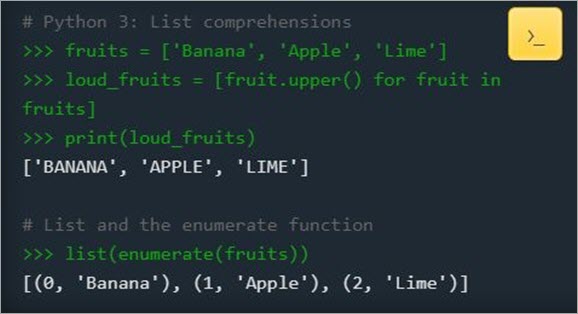 One of the easiest coding languages to learn, Python requires only a few lines of code to become operational. This means that it is relatively easy even for beginners, such as kids, to learn how to create programs or applications using Python.

Used in highly-advanced fields such as Artificial Intelligence and Cybersecurity, Python is an incredibly versatile programming language and can be used to create numeric and scientific computing projects, web frameworks, and video games.

A procedural and object-oriented programming language, JavaScript is native on all web browsers. Additionally, it is used for client-facing or front-end applications. This means that the computer of the user is where the JavaScript actions are executed. 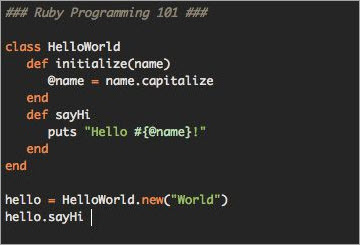 Designed to teach the concepts of object-oriented programming, Alice is a free 3D tool. For kids, it can be a great way to create games or animations as Alice allows them to program scenes, 3D models, and camera motions by using the building blocks approach.

In addition to the above, the easy play button and drag-n-drop interface of Alice makes it extremely easy for kids to learn the programming language. Overall, Alice is a great way for children to learn coding in a block-based visual environment.

All the kids coding languages listed above have some pros and cons. Thus, the best programming language for kids will vary based on the child’s individual preferences.

On the other hand, Swift is a good choice for teaching kids coding using a programming language that requires minimal coding and comes with advanced features. C++ can be a great way to teach kids how to create applications for Windows.

Scratch can be used to provide kids with a solid foundation for learning how to code while Blockly can be ideal for providing kids aged 10+ with a robust environment for learning programming, by allowing them to switch programming languages on the fly.