Test case writing forms an integral part of testing, whether it is Manual or Automation. Every project is exclusive and has a <n> number of test conditions that need to be covered.

We should focus on two points whenever we write test cases. These are:

This paper revolves around the second point which is “Coverage”. To be precise – Requirements Coverage. 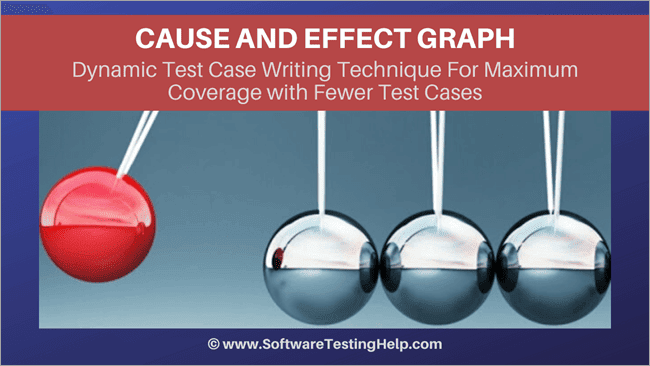 We have some really good papers 1st, 2nd and 3rd points (Equivalence Partitioning, BVA and Decision tables) here in STH. I am going to discuss point 4 which is the Cause and Effect graph.

Introduction To Cause And Effect Graph

Suggested reading =>> What is Dynamic Testing?

Cause-Effect Graph is a technique that starts with a set of requirements and determines the minimum possible test cases for maximum test coverage which reduces test execution time and cost. The goal is to reduce the total number of test cases, still achieving the desired application quality by covering the necessary test cases for maximum coverage.

But at the same time obviously, there are some downsides to using this test case writing technique. It takes time to model all your requirements into this Cause-Effect Graph before writing test cases.

The Cause-Effect Graph technique restates the requirements specification in terms of the logical relationship between the input and output conditions. Since it is logical, it is obvious to use Boolean operators like AND, OR and NOT. 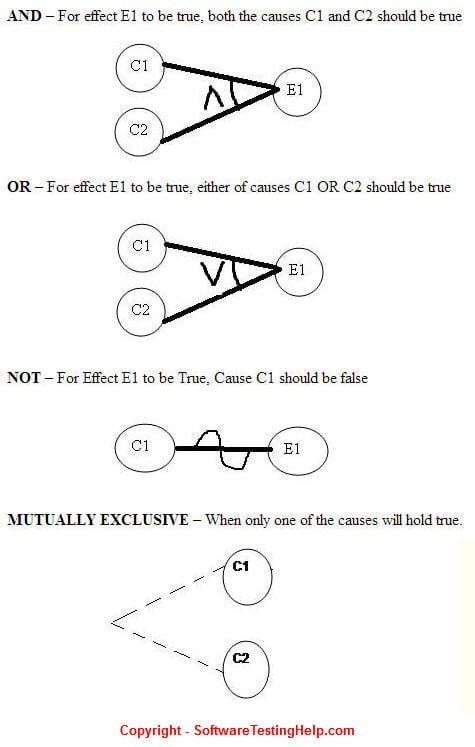 Now let’s try to implement this technique with some examples:

Let’s see both of them one by one.

Draw A Cause And Effect Graph According To Situation

The “Print message” is software that reads two characters and, depending on their values, messages is printed.

First, draw the Causes and Effects as shown below: 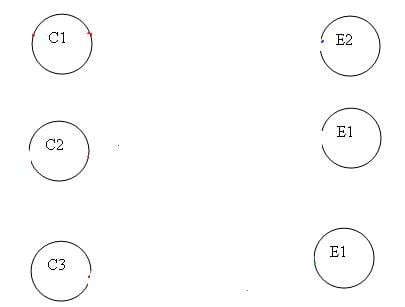 Key – Always go from Effect to Cause (left to right). That means, to get effect “E”, what causes should be true.

In this example, let’s start with Effect E1. 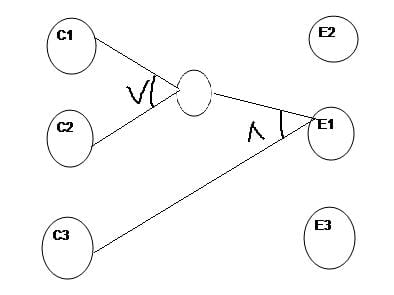 So as per the above diagram, for E1 to be true the condition is (C1

The circle in the middle is just an interpretation of the middle point to make the graph less messy.
There is a third condition where C1 and C2 are mutually exclusive. So the final graph for effect E1 to be true is shown below: 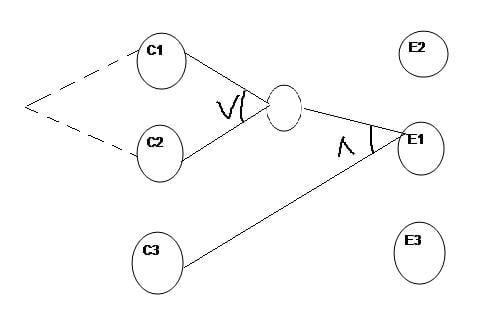 Let’s move to Effect E2:
E2 states print message “X”. Message X will be printed when the First character is neither A nor B.
This means Effect E2 will hold true when either C1 OR C2 is invalid. So the graph for Effect E2 is shown as (In blue line) 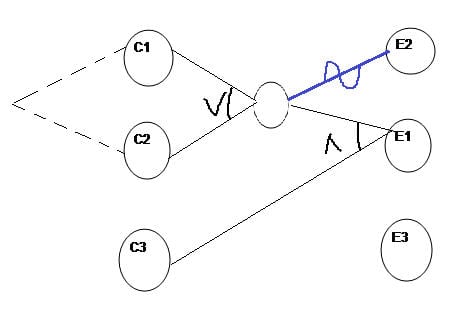 For Effect E3.
E3 states print message “Y”. Message Y will be printed when the Second character is incorrect.
This means Effect E3 will hold true when C3 is invalid. So the graph for Effect E3 is shown as (In Green line)

This completes the Cause and Effect graph for the above situation.

Now let’s move to draw the Decision table based on the above graph.

Writing Decision Table Based On Cause And Effect graph

First, write down the Causes and Effects in a single column shown below

The Key is the same. Go from bottom to top which means traverse from Effect to Cause.

Start with Effect E1. For E1 to be true, the condition is (C1

C3.
Here we are representing True as 1 and False as 0

First, put Effect E1 as True in the next column as

So it is completed. Let’s complete the graph by adding 0 in the blank column and include the test case identifier.

In a similar fashion, you can create other test cases.

(A test case contains many other attributes like preconditions, test data, severity, priority, build, version, release, environment, etc. I assume all these attributes to be included when you write the test cases in the actual situation)

Summarizing the steps once again:

About the Author: This is a guest article by Shilpa Chatterjee Roy. She is working in the Software Testing field for the past 8.5 years in various domains.

Feel free to discuss your test case writing methods in the comments below.