One of the crucial reasons for companies to continue with the manual test is the inability of automation tools to cope with the changes that some application faces on regular basis. In certain cases, the only option left with QA is of manual testing.

Manual testing, the oldest form of testing, can be very laborious at times as it requires the tester to be very patient, creative, innovative, open-minded, skillful. The manual tester should have out of box thinking and always think them to be in customer’s shoes while testing the application.

Exploratory testing, as a part of manual testing, is the area where manual testers can analyze their capability to think out of the box.

In case of thorough testing of the application, manual testing plays a crucial role. During the initial development phase, smartness is to test the initial application developed manually rather than wasting time in writing test scripts.

Such skill to think out of the box is very important as often there is a time limit for every software development projects and within the limited time period, it is necessary to ensure the quality of the product/ application. “Time is Money”

Often it is seen that we run for different tools to increase the test efficiency of an automated scripts. There are many tools available also to support almost every scenario but the reality is there are still many cases where some test cases can’t or say should not be automated. Reality is, with Automation testing, many a times testers keep on struggling between test scripts, test data, different apps to analyze test reports, tracking defects, etc resulting or creating lots of opportunities for mistakes like entering wrong test data, missing some steps in a test script, etc.

Let us talk about few factors which can be considered for making manual test engineer’s work more productive and manual testing more effective.

Manual testing is on one hand very error prone, time consuming and laborious, while on the other hand, there are multiple challenges faced while performing manual testing. Enlisted below are few:- 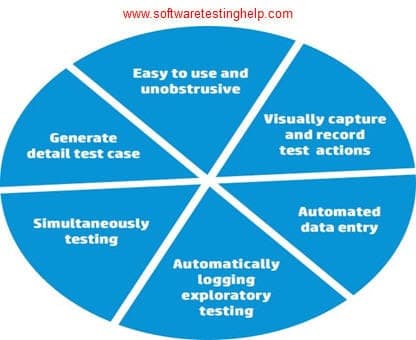 Let us understand with multiple screenshots “How a basic test is run” using HP Sprinter.

2) Now, to open a test in HP Sprinter, first of all click on ‘Open’ button present in left panel and then select ‘Open HP ALM test’ from the dropdown. 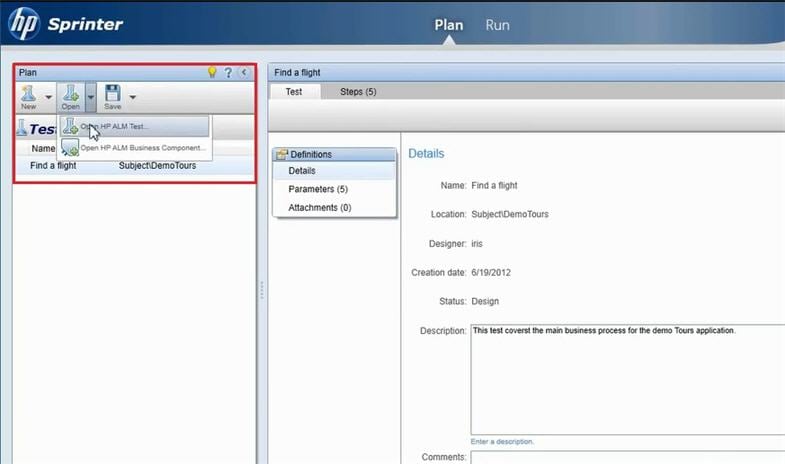 In this below example,’Order a flight’ Test is selected. 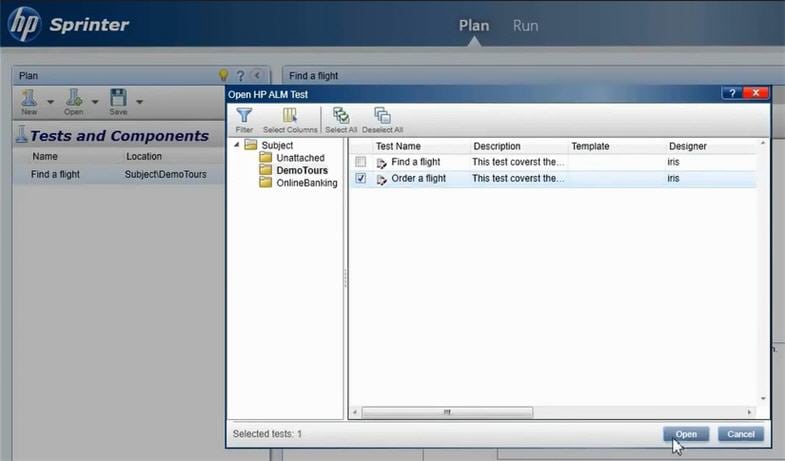 3) Next screenshot describes ‘Test workspace’ which provides access to the test details that contains all the information. 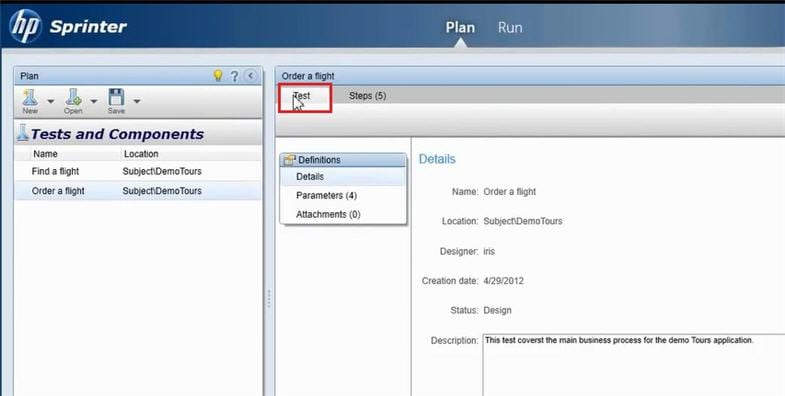 4) Test ‘Steps’ contains the design steps that are included in test.

5) We can add any manual test steps also by clicking on ‘Add’ button. As you can see in below screenshot, step 6 is added on clicking ‘Add’ button.

6) After writing the step description, a screen capture can also be added to the step. 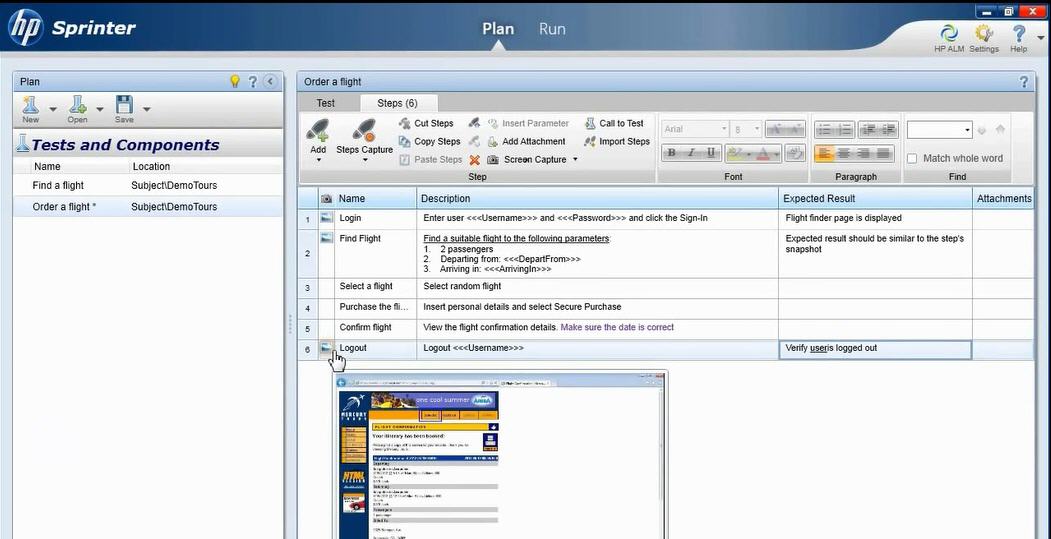 7) Using test sprinter, we can automatically document test cases as we navigate through the application. Click on step capture to open application window. 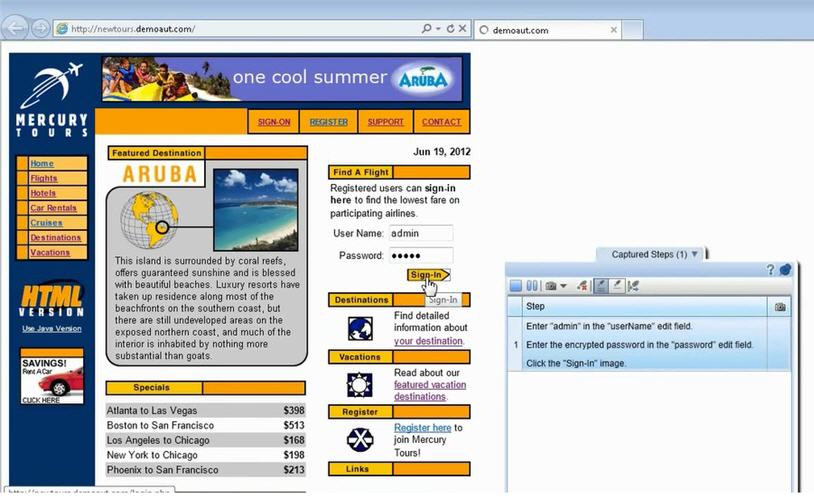 8) Under Run tab, where test execution is done, all sprinter functionalities are available as side bars. Click on Run button to initialize the run. 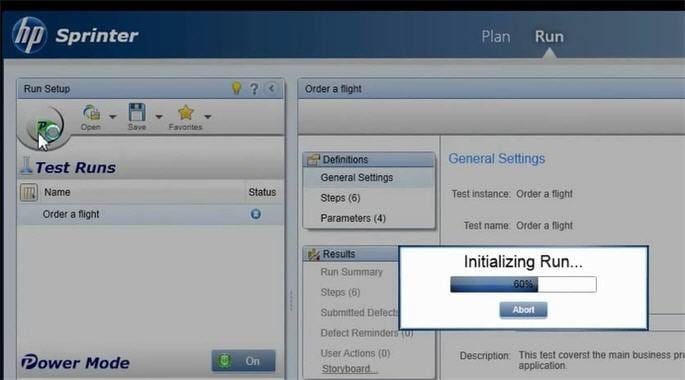 9) Tabs around applications are available like: Tools, Macros, Scanners and Run Control. 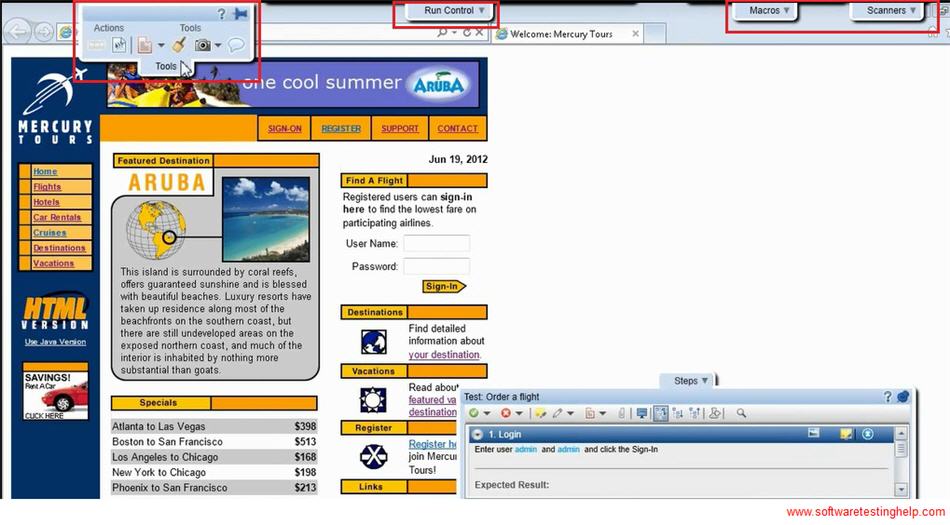 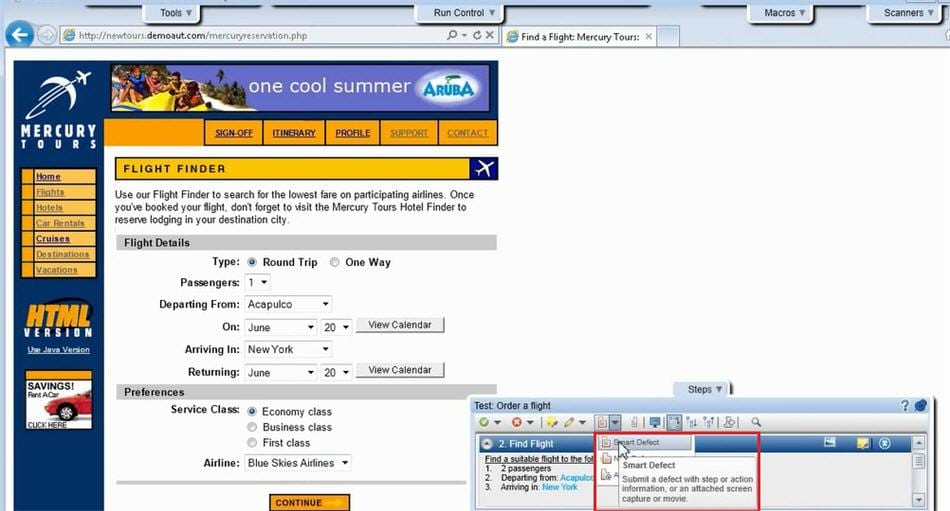 11) When we submit a defect, Sprinter can add test steps to the defect description; can also attach screen capture or movie of a test to a defect. 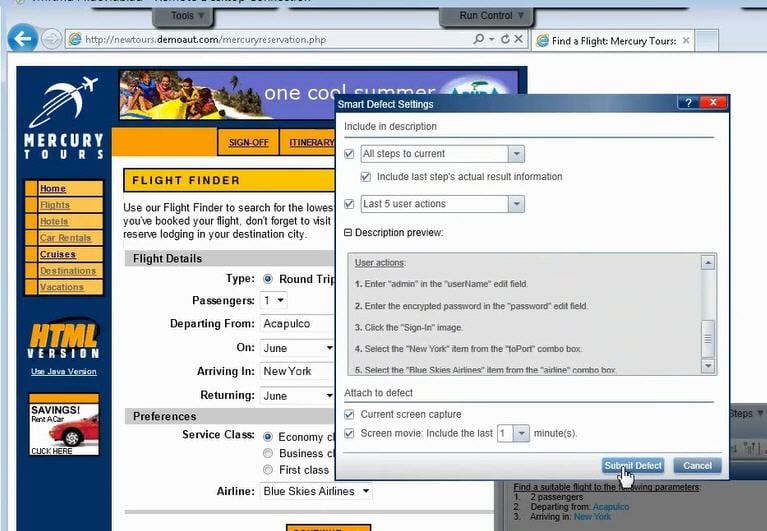 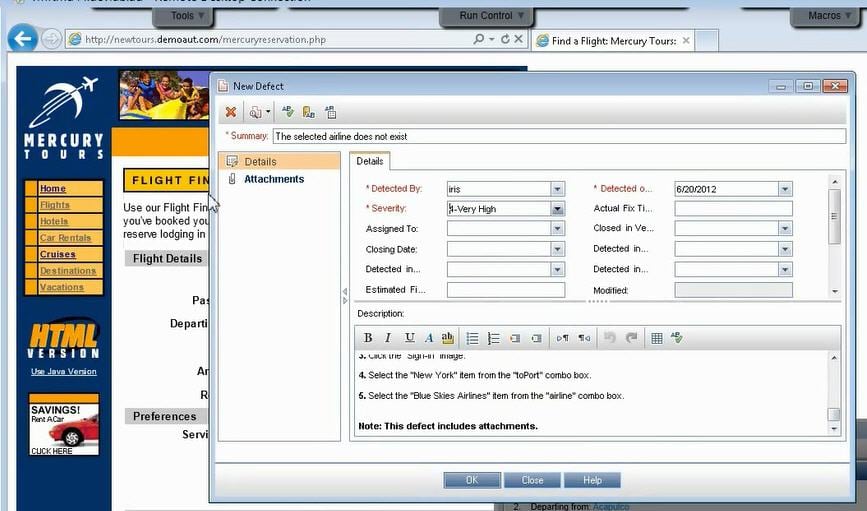 12) Can also edit the screen capture to further clarify the defect or help in validating the major elements in user interface to the developers using tools. 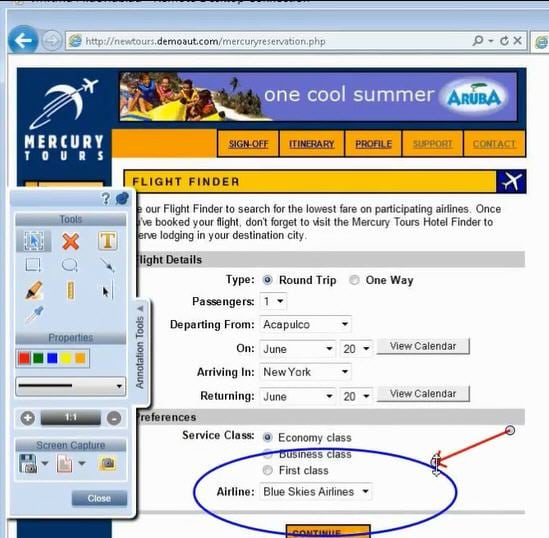 13) Sprinter can also automatically detect defects, Under scanners, click on scan when we are about to scan for the defect. 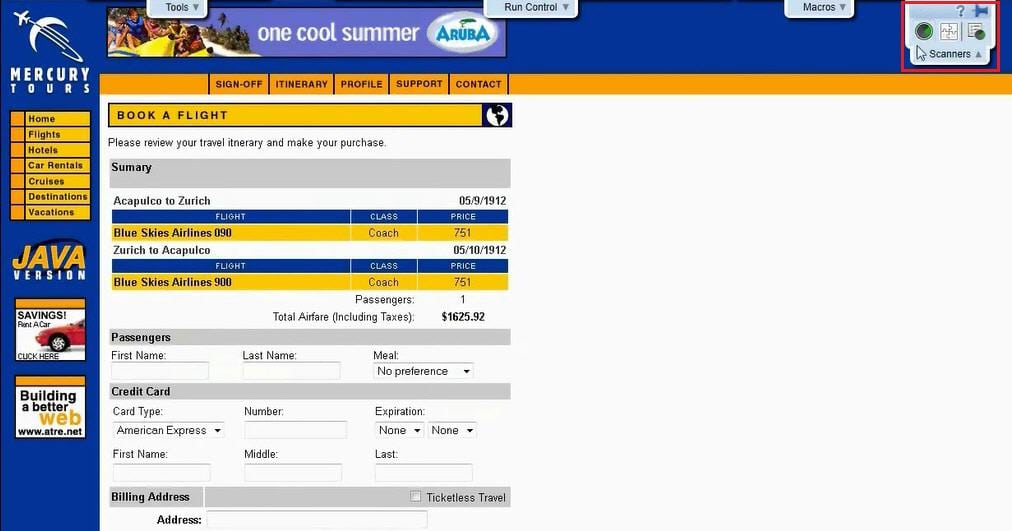 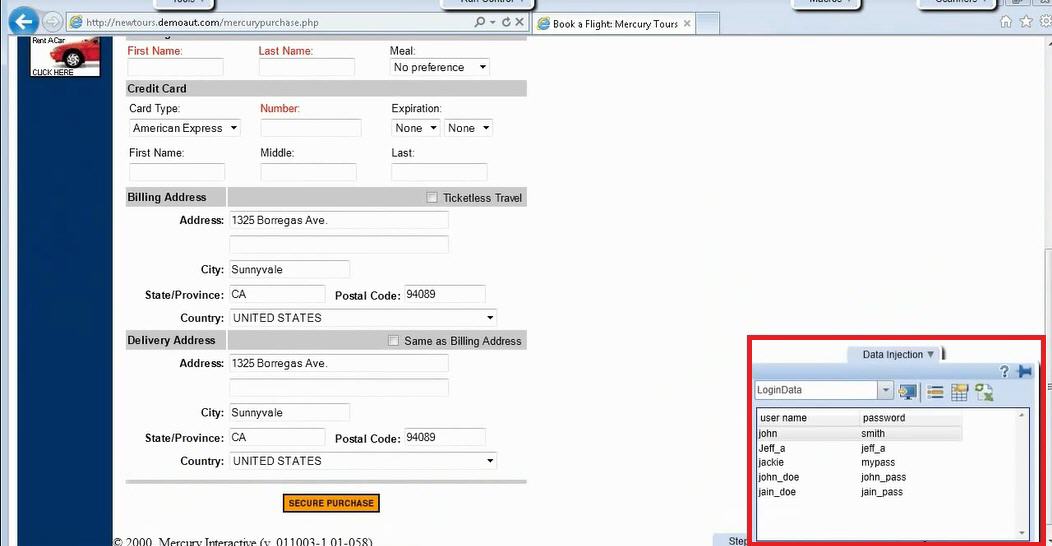 15) When we click the inject button, data is automatically injected into the form as is displayed in the application. 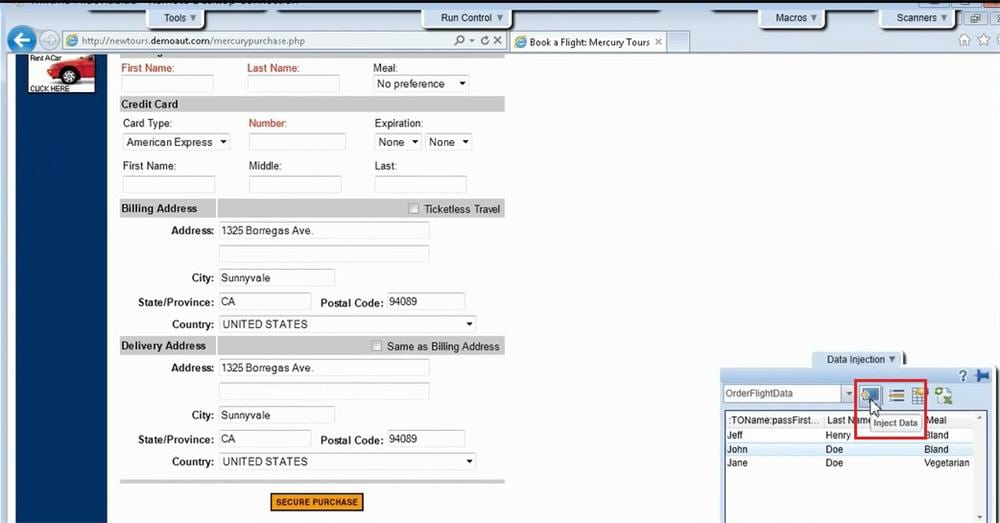 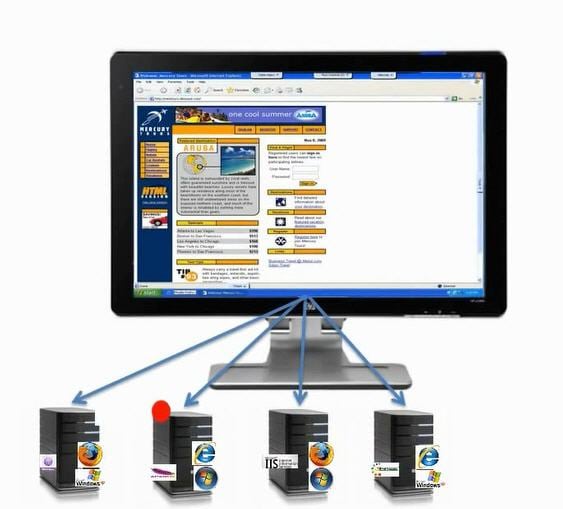 17 ) After that detailed Run Report is created. Report includes the Run summary, all the steps that have been performed, submitted defects, and all the actions performed.

18 ) Another way to review run results is Storyboard. 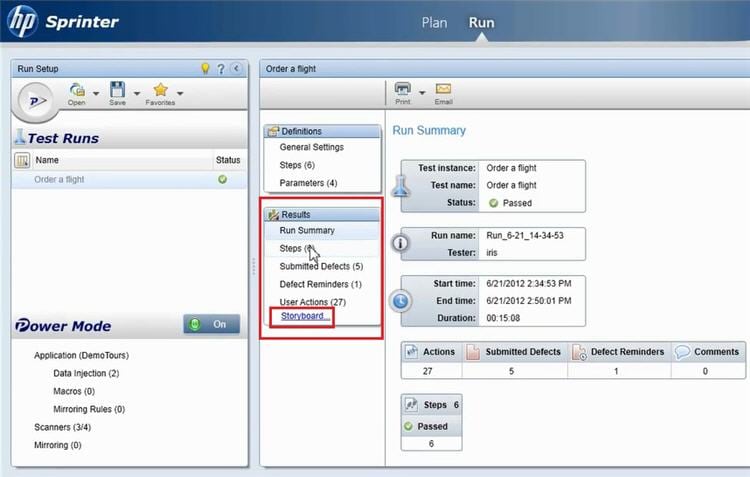 Sprinter is an easy-to-use desktop application, which increases the speed of test case execution, cost reduction and improves productivity, and ultimately helps in increasing the efficiency of manual testing.

Suggested reading =>> What is Efficiency Testing

The impact and effectiveness of exploratory testing are not only maximized by Sprinter but it also reduces the time taken in completing the test life cycle. It accelerates application delivery. Thus by including HP sprinter while performing manual testing for any application, the manual test can be proved as a very efficient way of testing.

About the author: This is a guest post by Sushma S. She is having 4+ years of software testing experience and currently working as a Senior  Software Test Engineer in an MNC. She is having expertise in QA processes and manual testing with timely delivery against aggressive deadlines.

Let us know if you have any queries on using HP Sprinter.