Are you worried because your automation testing work has been hampered as Selenium IDE has stopped working from Firefox 55 onwards? Well, don’t be worried as we have some good news for you.

The Katalon Studio team has recently introduced Katalon Automation Recorder that has been developed for the users who are no longer able to continue the automation testing using obsolete Selenium IDE.

It can be added as an extension in Firefox and Chrome and supported by the latest versions of these browsers (and will be supported by the upcoming versions as well). This tool is a perfect alternative for the Selenium IDE and other similar open source frameworks. 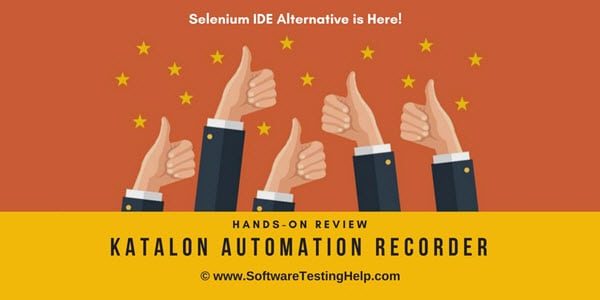 It is a very handy and powerful test steps recorder that is ported from Selenium IDE to Chrome and Firefox with major functions preserved.

In the below figure, you can observe that all the features that were presented in Selenium IDE are also available in this Katalon tool.

In fact, this Katalon tool has two more export languages – Robot Framework and Katalon Studio. It is also compatible with the Groovy programming language. 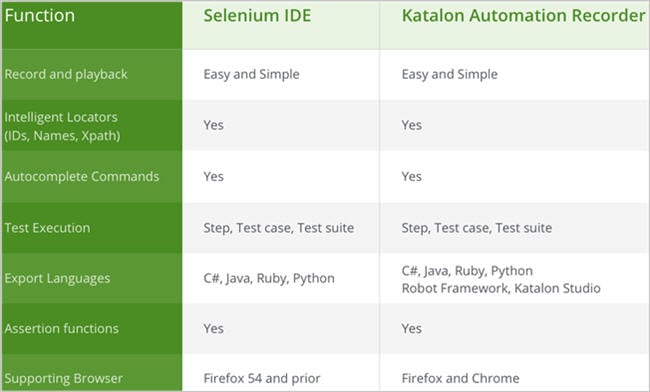 This tool is a great help for the teams who have been dependent heavily on Selenium IDE. It has a powerful IDE to record, debug and play tests in Chrome & Firefox browsers.

Below are the links to download Katalon Automation Recorder for both Chrome & Firefox:

It is very easy and quick to get this tool installed. I will show you how: 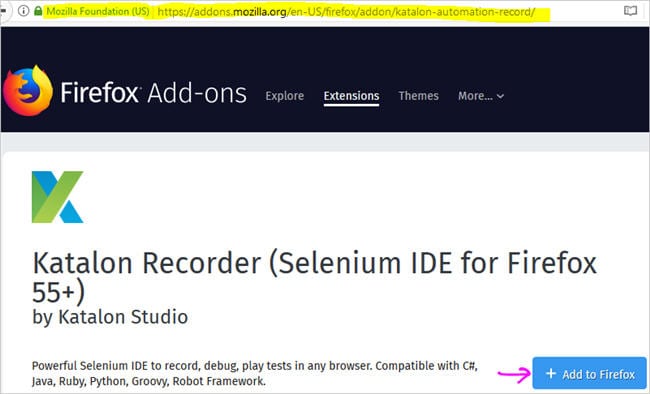 You just need to click the ‘Add to Firefox’ button as seen in the above screenshot and the Katalon Recorder will appear on your Firefox toolbar in a jiffy (it will not take more than 10 seconds to get installed).

And this is how it looks: 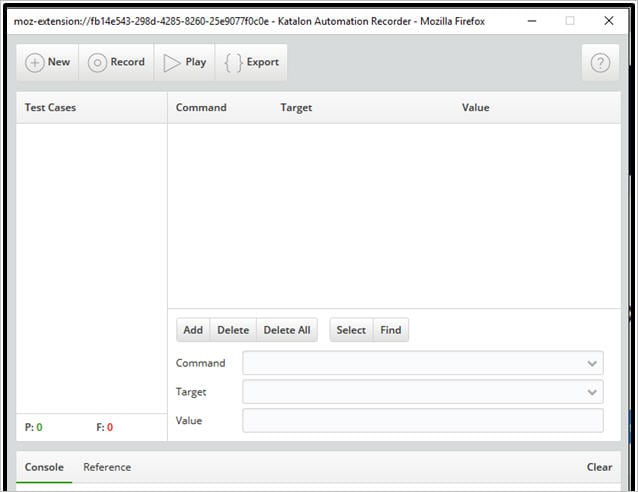 Click on the ‘New’ button and provide the test case name in the dialog box. Then, Click ‘OK’ 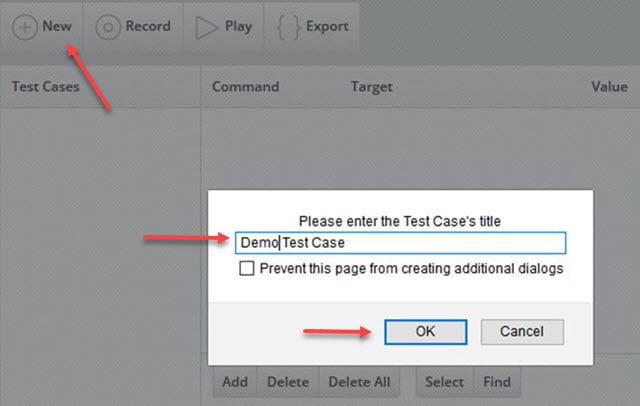 Click on ‘Add’ button and give the command you want to get executed:

In the Reference section as seen above, you will get the details of what the particular command does.

Similarly, give subsequent commands to complete your test case:

Once completed, click on the ‘Play’ button to execute the test case. 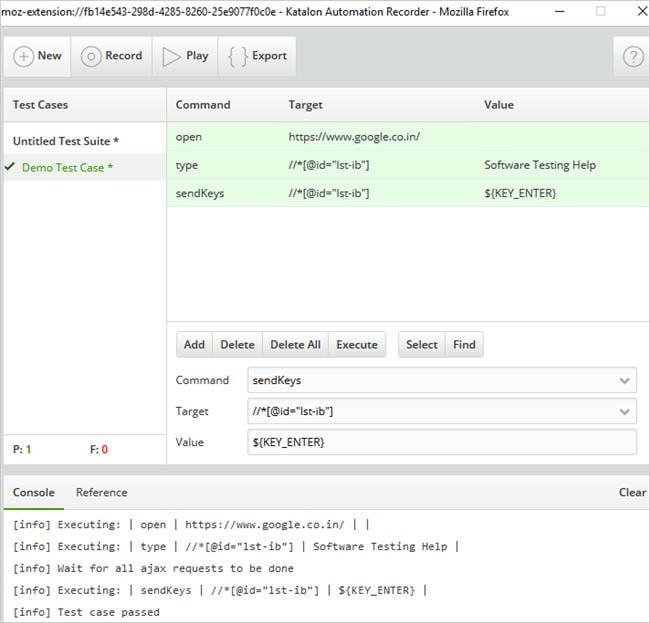 As seen in the above screenshot, the steps executed successfully are turned into green and the execution info along with Test case passed/ failed status has appeared in the Console area.

#1) With this tool, you can capture the web elements and record the actions performed on the web app. It allows you to create (new test cases), edit (existing test cases) and play automated test cases. And, all this can be done very fast and easily.

#2) All the Selenese commands are supported by this tool.

#3) Existing Selenium IDE tests can be imported into Katalon Recorder (using Script mode) and can be exported to below languages & frameworks:

#4) This tool is compatible with latest versions of Firefox and Chrome browsers.

#6) Multiple test cases can be combined and arranged inside a test suite and can be executed as a complete test suite.

#8) Allows not only Katalon Studio users but also users of the obsolete Selenium IDE and other popular open source frameworks to record and playback automation tests. 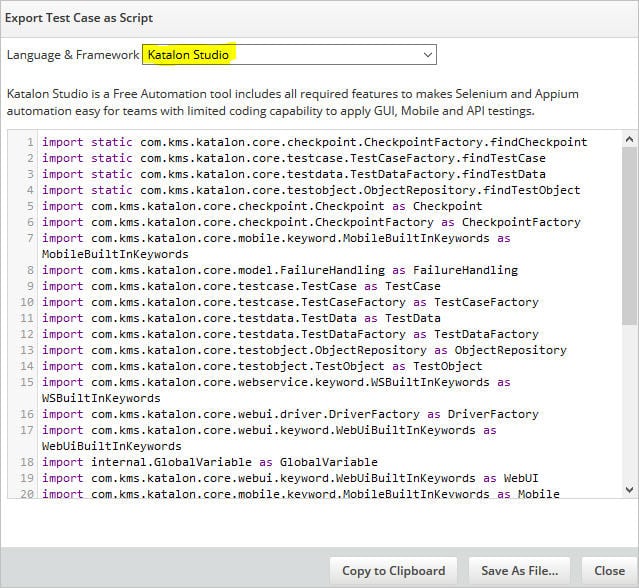 You can also observe here that corresponding to the commands you gave on the front end, you have got the code generated here: 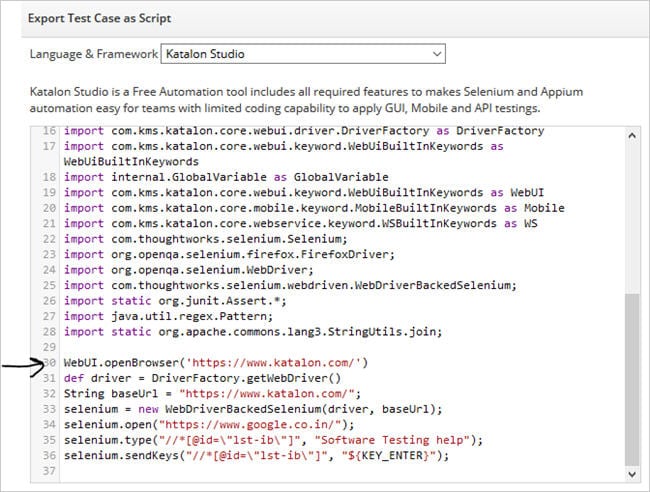 This is similar to the ‘Source’ section which we had in Selenium IDE.

You can switch to different Languages & Frameworks below:

Changing the Language & Framework will automatically change your code in the script accordingly: 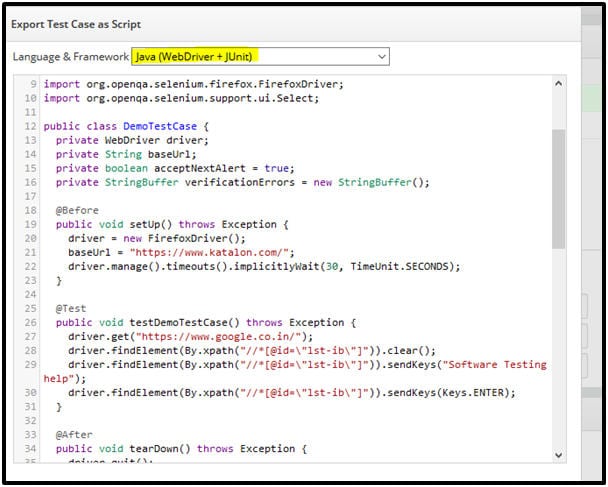 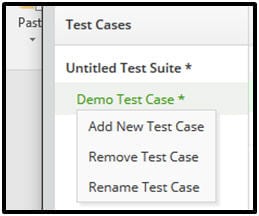 Test case explorer contains test suites.  In a test suite, you can have multiple test cases. 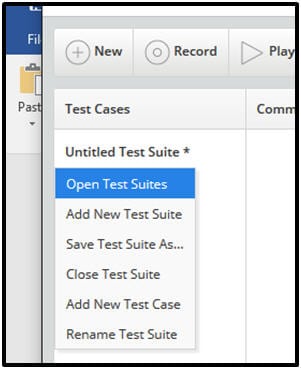 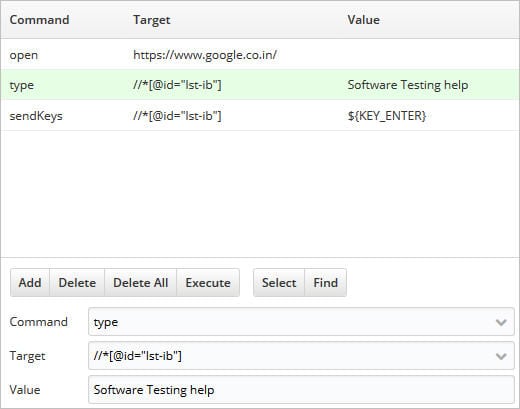 This area allows you to add, delete, edit and execute test steps. Each test step contains Command, Target, and Value.  You can also drag and drop to change the order of test steps.

Along with all the above-discussed pros, there are certain cons as well which I observed in the tool.

There are only 5 buttons present here as compared to 6 buttons in Chrome.

Explore more about this tool:

Overall, Katalon Automation Recorder is a great tool for automation testing and a perfect substitute for Selenium IDE. Try this free tool and let us know your queries here.