This is a guest article from J.B.Rajkumar. The author is having good experience in Automation Tools and is currently working with a top MNC.

Learning the Basics of  Rational Robot (7.0) 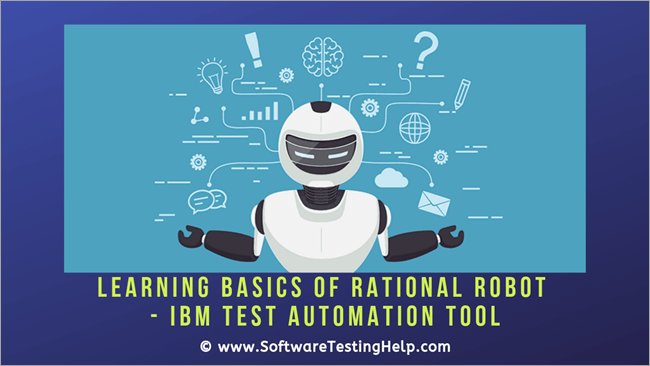 #2) Rational Administrator
It is a tool for managing associations between Rational artifacts such as Test Datastores, Requisite Pro projects, and Rose models.

#3) Recording Options
Using Object-oriented technology, Robot identifies an object by its name property not by its location coordinates. There are two different options

#4) SQABasic Language
SQABasic is similar to Microsoft Visual Basic. All the scripts will be in the scriptname.rec format. When you playback the script, Robot automatically compiles and runs the script, which repeats your actions and executes the verification points.

#5) Shell Scripts
It is a master script that calls other automated scripts and plays them back in sequence. “call script  test1” is a command to call script named test1. Combined into a single shell script, scripts can run in unattended mode and perform comprehensive test coverage. It centralizes test results in one test log.

When you are creating verification points, there will be two options – Wait State and Expected Results.
Wait states are useful when AUT requires an unknown amount of time to complete a task. Using a wait state keeps the verification point form failing if the task is not completed immediately or if the data is not accessible immediately.
Expected Results – Click Pass or Fail in the Verification Point Name dialog box.

#8) Variable Window
During debugging, if you want to examine variable and constant values, you can variables window. View->Variables.

#9) Object Mapping
If AUT contains a custom object or any object that Robot does not recognize, you can create a custom object mapping before start recording. By adding the object’s class to the list of classes that Robot recognizes, and then associating the class to a standard object type. Robot saves this custom class/object type mapping in the project and uses it to identify the custom object during playback.

#12) Image Masks used for Dynamic Objects
Image masks are used to hide an area of the screen. When you playback a script that contains an Image VP and a mask, Robot ignores the masked area when comparing actual results to the recorded baseline.

#13) Data Pool
A Data Pool is a test dataset that supplies data variables in a test script during playback. Using Data Pools allows you to run multiple iterations of a script using different data each time. It can be created and managed using Test Manager for Data-Driven tests.

Hope this is a good start for those who want to learn Rational Robot.  If you have any questions please feel free to comment below.