This Article Provides an Introduction to TOSCA Test Automation Tool. It Covers Major Components of the TOSCA and Details of Tosca Commander & Workspace:

This article aims to provide a good kick-start idea about the tool to those who are new to TOSCA and wish to learn and build a career in it.

TOSCA stands for Topology and Orchestration Specification for Cloud Applications. 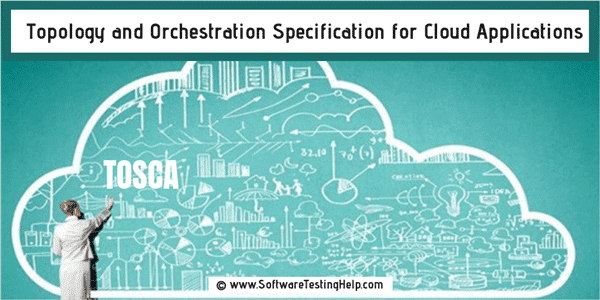 What Is Tricentis TOSCA Testsuite™?

TOSCA Testsuite™ is a software tool for the automated execution of functional and regression software testing.

The test suite supports the entire lifecycle of the test project. It starts with transferring and synchronizing specifications from the requirement management system.

TOSCA supports its users in creating efficient test cases on a methodologically sound basis, serves as an executive assistant and summarizes the test results in various reports.

All these three are at the client-side, it also includes the Repository (also called “Test Repository”) which is at the server-side.

This is the graphical user interface of TOSCA Testsuite™. It is considered to be the core of the test suite. The commander uses a “Workspace” for the administration of test cases. That means it enables the easy creation, management, execution and analysis of test cases.

As it is the middleware system in between the Test Repository and TOSCA Executor, it gets the test cases from the repository and forwards it to the Test Executor which later runs them on the System Under Test (SUT).

All elements are displayed in a tree structure (sample screenshot above). The left section of the window is used for navigation, whereas the right section is the working area.

The above screenshot is a sample of the “Test Case” window, likewise, other windows (Requirement, ExecutionList, etc.) layout looks the same. All elements in the TOSCA Commander™ are structured underneath one another in a strictly observed hierarchical order. Each operation can only be performed by observing this object hierarchy.

It provides the Drag-and-Drop feature that is being used to move the elements around within the application. It has also got the docking function that allows the user to customize the window’s layout as they need it.

So TOSCA Commander™ provides these kinds of features and functionalities to the user for their convenience. It operates similarly as Windows Explorer. While creating the folder structure, one can use the commands like create, copy, paste, rename, delete, etc.

This is your personal work area where you can create, administer, execute and analyze test cases. It contains various objects i.e. called TOSCA Commander™ Objects and those are,

You can build the relationship between these objects by mapping/linking them. This is called object mapping in TOSCA. At the runtime, the control information of these objects (Modules, ExecutionLists, TestCases, and Requirements, etc.) is combined.

TOSCA Commander™ Objects are categorized in different worlds and each object is recognized individually by a specific color.

We have another object i.e. “Reporting” objects that are also having a world called World of Reports. This is not required for beginners, hence will not discuss this in detail for now.

Given below is a snapshot of how the TOSCA project window looks in its colored worlds. 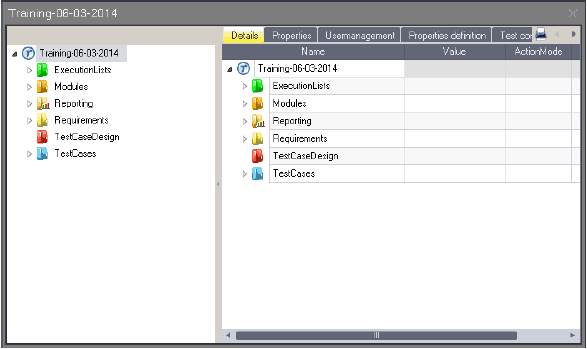 Linking, importing external data and exporting data are possible in TOSCA. Given below is some insight into how linking is done in TOSCA.

So these are the 2 ways of linking the files in TOSCA. Now we will see the different types of links available in TOSCA.

There are three types of links i.e.

Embedded: This is Embedding of a file in the TOSCA Repository

Linked: A file will be referred to, but not hosted in the repository. The link refers to the source directory for the file.

LinkedManaged: The file is copied to a specified directory which is generally accessible and from there it will be centrally managed.

This is how an external file or external data can be imported into TOSCA. Likewise, data from TOSCA can also be exported to other files (e.g. MS Word, MS Excel, etc.) via the clipboard by,

In the above picture, you could see the “Details” tab on the right-hand side of the window of the TOSCA Commander. So each object in TOSCA has a Details view where various columns can either be added or removed as needed.

How to Add a Column:

1. Right-click onto the header of a column, and select the option “Column Chooser” from the context menu. A window opens containing a list of available columns.

2. Drag the required column onto an existing column header. The new column is automatically added to the position that is marked by two arrows.

How to Remove a Column:

In this introductory tutorial, we covered the major components of the Tricentis TOSCA testing tool and details of the Tosca Commander and Workspace. This is enough information to get started with TOSCA, more information about the Workspace and its types, check-in/check-out concept for TOSCA objects will be covered in the next article.

Have you tried the TOSCA Automation Tool yet?