Today, we’ll be reviewing WebLOAD – a powerful yet easy-to-use Load testing tool. This is a quick review to evaluate the most important features and ease of use.

WebLOAD is a load testing tool that’s been around for quite a few years. It’s currently at version 10.3, which is a good time to take a closer look at what it has to offer. 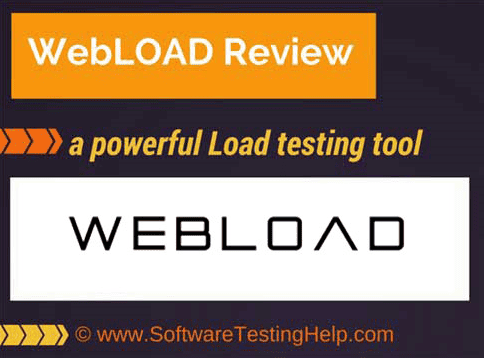 WebLOAD is provided by RadView, a company that has been around for over 20 years and positions itself as an alternative to LoadRunner.

The name WebLOAD is somewhat misleading. While it provides extensive features for load testing web systems, it can also be used to test different enterprise systems (Oracle, SAP, and others).

Installing WebLOAD took only 5 minutes, after which I was able to quickly record a simple test in the IDE, run it in the console with a few virtual clients, and then view the results using its Analytics.

WebLOAD uses a proxy-based recorder so there was no need for any configuration. It recorded all my web activity – both HTTP and HTTPS. Notice that the recorder skips the web page resources (such as CSS, js, images, etc) since WebLOAD identifies these during the playback and brings them automatically.

So, in case the page was changed, it saves you the pain of manually editing the script or having to re-record it to include the changed resources.

While web applications are the most common targets for load testing, I was also looking for a TCP recorder, but could not find any.

The IDE window provides several views for your load test, including a Page View that lets you view the actual pages browsed and HTML and HTTP Headers views for drilling down.

The more important view for me was the JavaScript View, which lets you examine (and enhance) the logic of your test. WebLOAD uses JavaScript as its native scripting language. 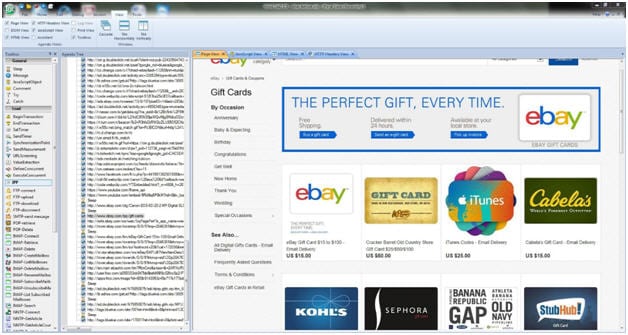 With JavaScript, script editing and enhancements are pretty straightforward. I did not create a realistic load scenario, but rather just wanted to examine some of the capabilities.

I used the script to log in to the tomcat server (via standard Http get requests), then checked if Jenkins is installed (via the DOM). If it is installed, the script loops over the result and check if it is started. If it is not started it uses a Java component to send an SMS. 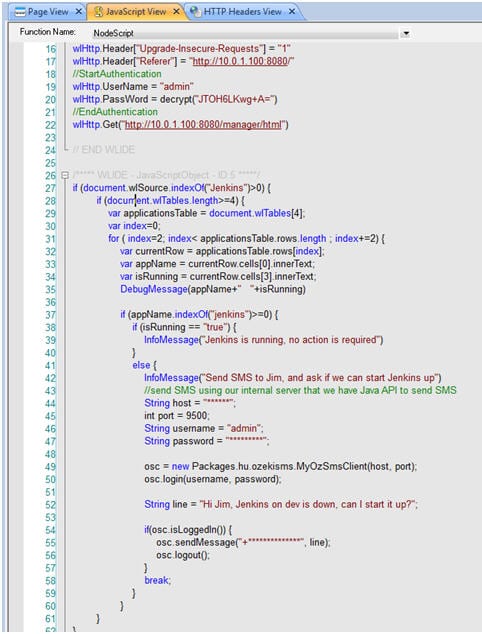 Notice that when creating a standard Java Object you should use the full packages path Prior to the class name – for example:

When you create your own java object, you should add “Packages.” before the path of the full packages to your class – for example:

For WebLOAD to recognize your jar file, just put it in the C:\ProgramData\RadView\WebLOAD\extensions\java directory and WebLOAD will automatically add the jar to the classpath. You do not need to update any classpath yourself.

The IDE includes several other features for enhancing and adding logic to your script.

I wondered why I need to configure these parameters twice: in the IDE and for the console before executing. It seems that during execution I can give different parameters to different Virtual users.

Parameterization and validation: WebLOAD offers an enhanced parameterization feature with many algorithms to consume the parameters – for example, global, unique, random, sequential, as well as response validation (simply right-click an element and select ‘Response Validation’ to enter a validation point without scripting).

Building blocks: The part I probably liked the most was the ability to drag and drop building blocks such as an FTP call or an open/close transaction directly into the script, where a window opens with parameters to be filled in. 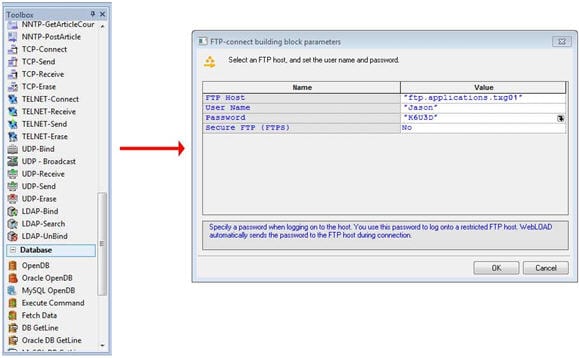 Correlation is an important phase for enabling a recorded script to be executed dynamically with many virtual clients. WebLOAD correlation is excellent, automatically prompting the relevant dynamic values. Once it was configured, I could continue to record and execute without the need to correlate again.

Take into account that regardless of the tool you use, an automatic correlation will never be 100% accurate and will always require your intervention and editing.

WebLOAD does a pretty good job with its Selenium integration using a plug-in. You record a script in Selenium and then export it into WebLOAD. 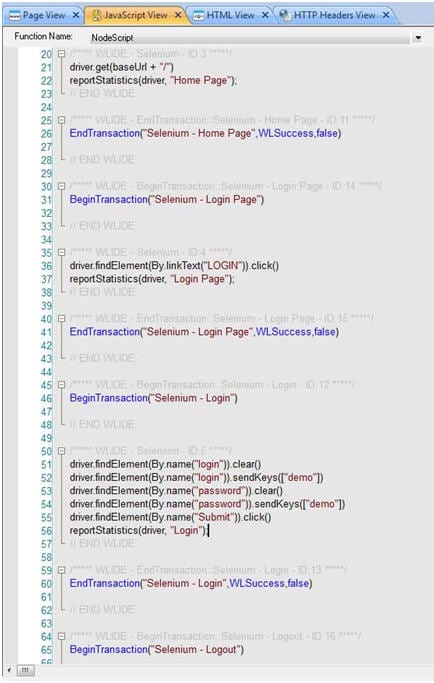 During the execution phase, WebLOAD measures performance statistics that are collected by the browser. This helps you see side by side, for example, the load size, the Hits per Second of the test, and the real user experience on the same graph. I could also drill down into deeper browser statistics such as rendering time, server processing time, etc.

WebLOAD has a neat integration with Perfecto Mobile, where it activates a real mobile device from PerfectoMobile’s cloud. A wizard helps you select the specific device and location that will be used during the test.

During the load test execution, WebLOAD activates the mobile machine and then displays performance information directly from the device. The information included the mobile activity I did, and the machine’s resources information such as CPU, memory, and even battery usage.

WebLOAD seems to provide good support for a wide range of web-related protocols like HTTP/S, HTML5, web services, Rest API, AJAX, push technologies, as well as FTP, SMTP, TCP, DBs, and others. For enterprise applications, there is built-in support for SAP, Oracle apps, Ellucian, and a few more. And as mentioned before, you can also work with Java objects for testing any specific usage, such as a homegrown application.

WebLOAD provides several interesting test execution features. First, you can generate load from both on-premises machines and from the cloud. You can use WebLOAD’s integration with Amazon EC2 or you can handle it yourself. WebLOAD starts and stops the machines for you using your Amazon credentials. 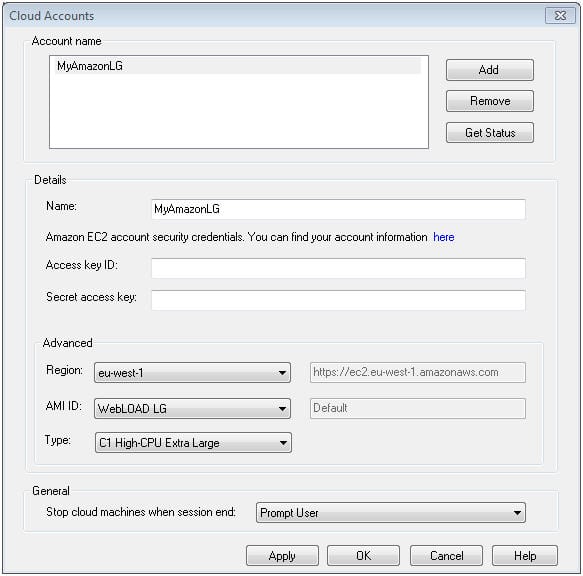 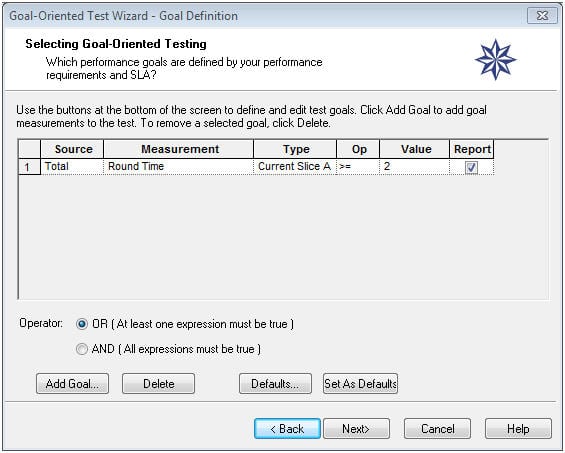 In load testing, your goal is not only to detect bottlenecks but also to identify their root cause. Typically, the problems you’ll detect will be related to the server-side – be it a database issue, server CPU utilization, memory size, or others. 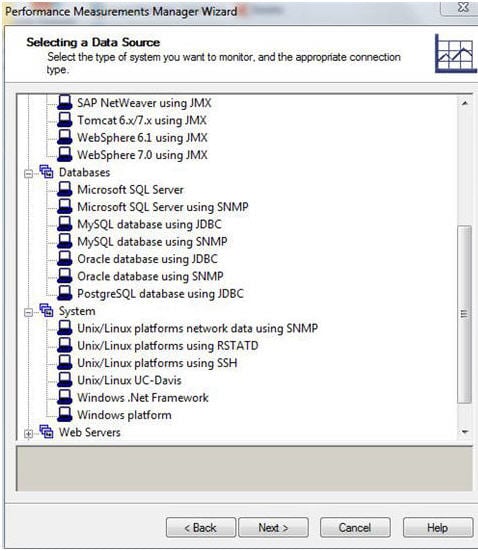 I liked the Analytics report templates, which you can use right away. The Analytics includes a rules engine that automatically marks the problematic area in a report so you know where you need to drill down.

In addition to using the rich number of built-in reports and graphs, I could also create my own reports starting from scratch. 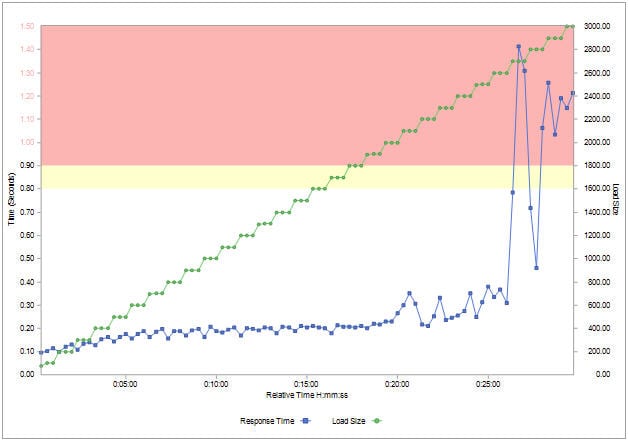 Another feature is session comparison. This lets you overlay and compare several scenarios runs side by side so that you can clearly compare system behavior under different conditions. 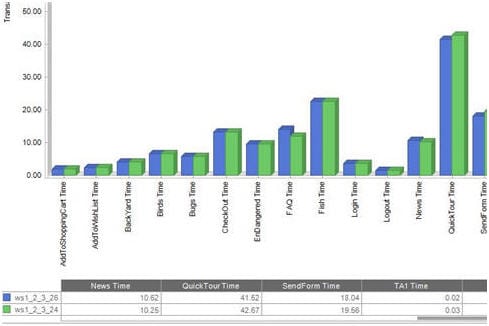 The Web Dashboard is very flexible to customize your own view, and your own charts, add measurements, etc. However, it took me some time to discover how to customize it exactly. A better job could be done with documentation/help.

Team members can define their own views and views can be shared by a simple share link option. So, you can easily find an issue and send the specific view to your DBA, or to your boss so they easily see what you see.

Comparing tests was also easy. I just chose 2 tests and they both were presented on the same set of graphs. It took me some time to understand the Relative and absolute time on the upper options.

If you want to see the same tests and easily compare them, use the relative time.   Otherwise, the absolute time presents them using the real-time they were executed. 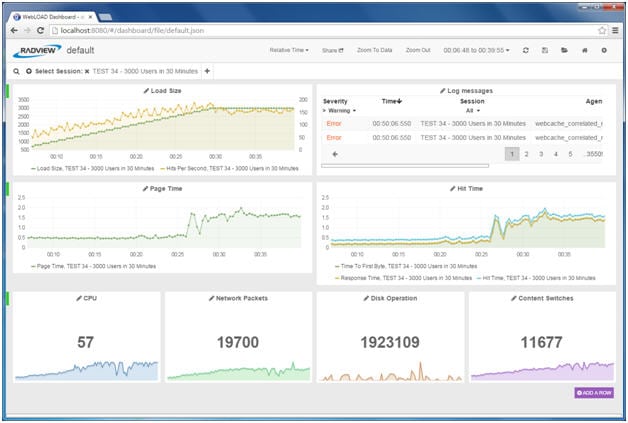 I was unable to check these more advanced features, but WebLOAD has built-in integrations with Application Performance Management (APM) tools such as Dynatrace, AppDynamics, and NewRelic.

According to the documentation, you can view a problem in your WebLOAD test results, and then instantly switch to the APM tool to drill down and find the root cause in the server-side events.

Another interesting feature is the Jenkins plug-in. This lets you add ‘WebLOAD’ steps to Jenkins so that you can run your load tests automatically from Jenkins workflow and then act upon the results of the tests.

WebLOAD tool (get it here) is definitely worth looking at – particularly if you need the power of scripting to handle more challenging load testing environments. It offers a breadth and depth of features and on the whole, should be closely examined if looking for an alternative to LoadRunner.

Suggested reading =>> How to run URL-based Load Test With WebLOAD