Review and List of the Top TFTP Servers with Features, Comparison, and Pricing. Select the Best TFTP Server From This List Based on Your Requirements:

Undoubtedly, FTP is the most reliable and secure means of exchanging data with a host computer. Besides, it is the most widely used client/server protocol with many advantages and applications, as well.

Yet, there are situations when organizations or users require a simple method to transfer data over a network. That’s the reason the TFTP protocol came into existence. 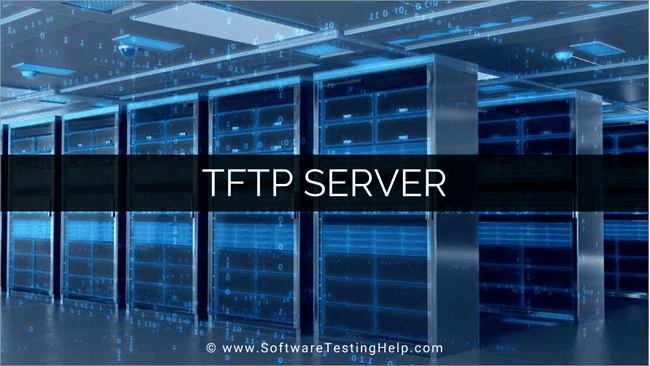 What Is The TFTP Server?

TFTP stands for a Trivial File Transfer Protocol that is uniquely developed to simplify the sophisticated way of the file transfer. Or you can say that the TFTP server is a simply designed protocol that works on User Datagram Protocol. Unlike FTP, it does not use Transmission Control Protocol (TCP) to transfer the data.

Most importantly, the implementation of the TFTP server protocol is applied where there are no security and authentication mandatory. It is the reason why TFTP is rarely exercised in a computer network because the lack of security makes it vulnerable over the internet.

As a result, the application of the TFTP server protocol is usually helpful in transferring boot as well as configuration files among linking computers in a confined network setup.

A TFTP server requires a minimal amount of storage for its implementation. With this feature, it becomes a precise, organized way to boot computers that do not possess any storage drives. Also, making itself a core element of PXE (Preboot Execution Environment) and network boot protocol.

How Does TFTP Work?

TFTP is the lightweight and more straightforward file transfer protocol, it is somewhat similar to FTP. But offers fewer features than FTP and hence comes with a smaller footprint. Let’s see the basic theory of operation and how does the TFTP server work.

Since the TFTP follows check and pause protocol, it sends each block one by one in succession. At first, when the sender sends the first block, it starts a preset block timer. If for the sent block, an acknowledgment is received within the block timer, then the second block of the file is sent. And if not, again, the first block of the file is sent. Hence, this is the way TFTP achieves flow control. 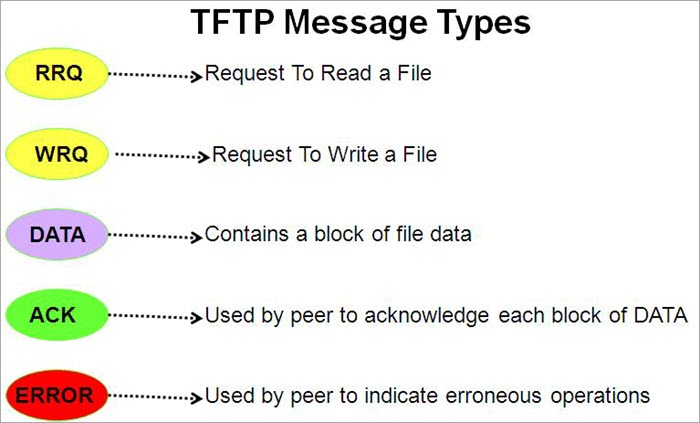 The TFTP usually has five different types of messages, as given below.

Majority of IT professionals and Networking System Admins use TFTP server for:

Fact Check: According to the International Data Corporation Research, in the first quarter of 2019, revenue from the worldwide server market increased by 4.4% compared to the previous year.

Check the statistics graph below: 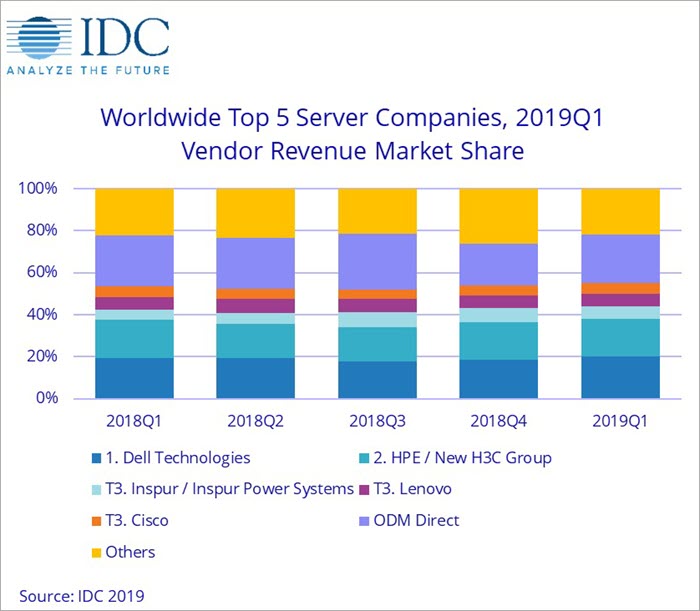 The current scenario of the overall server market depicts that robust growth may remain. Although, there may be some declining points such as a reduction in market share by the second quarter of 2019, further Average Selling Prices (ASP) could support revenue growth for many vendors.

Pro Tip: There are a lot of free TFTP server tools available in the market. But how would you find the right tool that matches your requirements?  To find the ideal tool, first, identify your needs and accordingly shortlist some of the tools. Decide whether you want to go with free tools or your work requires paid tools.
=>> Contact us to suggest your listing here.

Listed below are the most popular TFTP Servers being used across the world. You can check all the tools and find the perfect match for your operations. 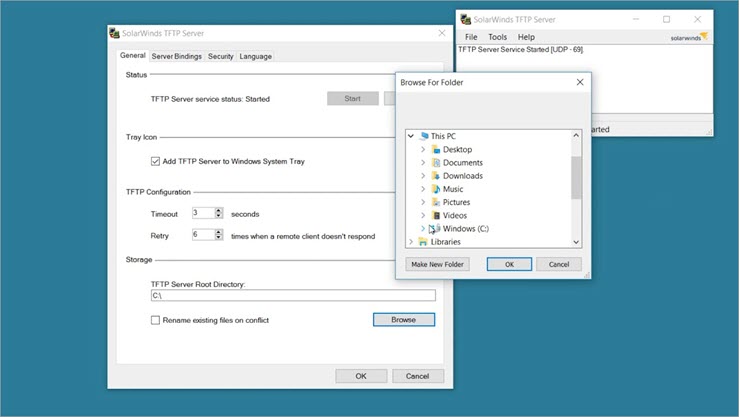 SolarWinds TFTP Server is a straightforward tool with a clean interface for transferring files between multiple devices. It is one of the best free TFTP servers with minimalistic design and a simple layout. Because it is a TFTP server, it has little impact on the system.

It allows seamless file transfer up to 4 GB without any inconvenience. The only thing you have to consider is configuring and defining the root server directory before running the app.

Verdict: It would be worth mentioning that SolarWinds TFTP server runs as a Windows service, ensuring that it still operates even when the user logs off. Also, with SolarWinds, you can work in an environment where multiple users work on the same PC for a specific task.

The SolarWinds TFTP server is free to use. You can download the tool from the official website. Apart from the free version, you can try the Network Config Manager (starts at $2,995), with a free trial of 30 days. 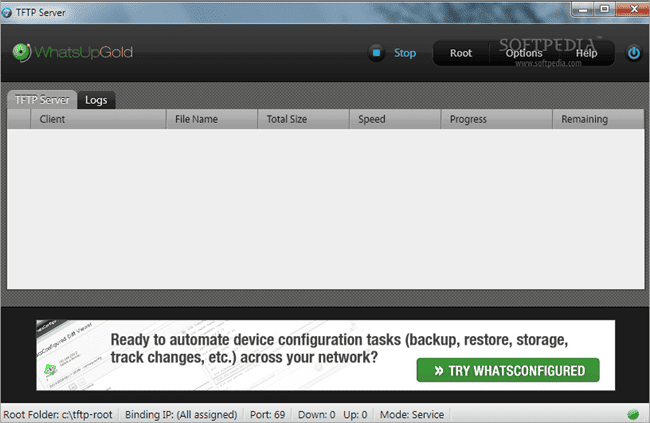 WhatsUp Gold is one of the best TFTP servers that save time as well as efforts while working with networking. It is a service-based tool that allows you to transfer files across the network simply and securely.

Best For: Networking engineers with impressive GUI and compatibility

Verdict: Various reviewing platforms and customers claimed that WhatsUp Gold is an excellent place for networking and transferring data. Moreover, users have also reviewed that it helps them save a lot of time by reducing the workload and increased speed.

WinAgents provides a fully recognized TFTP server that is specially built to work consistently in the background even when the user is not logged in. Further, allowing users to focus on their primary job rather than dealing with server issues.

With the WinAgents TFTP server, you can also create stock copies of different data such as flash images, config files, and device settings in case of emergency. Other than that, it is solely designed for administrators to provide them with a reliable, secure, and high performing environment. 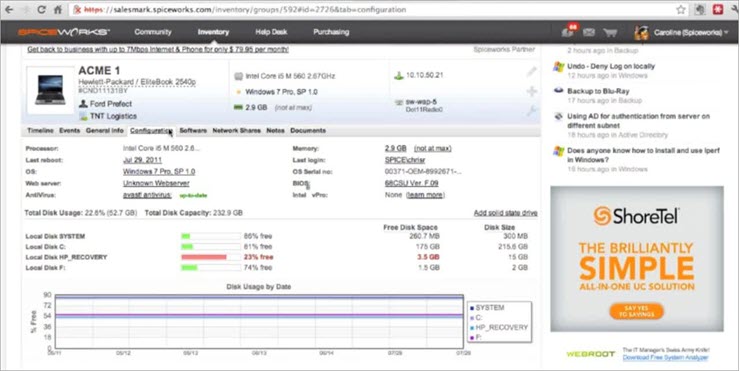 Spiceworks TFTP server is one of the best TFTP servers developed for IT professionals to keep track of their network device config. With Spiceworks, you can backup and view all your config in one place. Apart from that, Spiceworks is a complete suite for IT management tools providing its users with free TFTP servers for making their work easy.

Best For IT pros to keep a track record of their work.

Verdict: As per the different customer reviews, the Spiceworks TFTP server delivers more valuable features. Users have also claimed that it keeps getting better and better with its implementation.

Pricing: Spiceworks TFTP server is entirely free to download and can be used without any hidden cost. 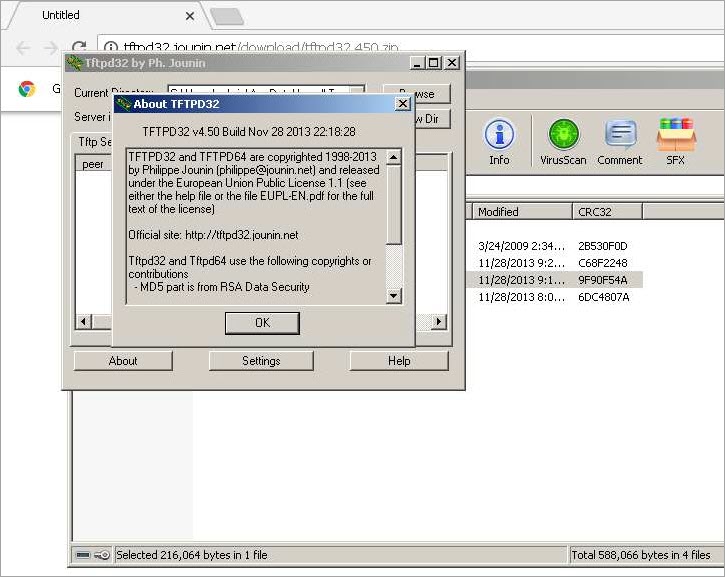 TFTPD32 is another free TFTP server with the same TFTPD64 config but compiled as a 32 bits application. The most noticeable thing is – it an open-source IPv6 active application with Syslog servers and TFTP clients as well.

It also includes DHCP, DNS, SNTP, and TFTP client and server. Not limited, TFTP is fully compatible with different option support such as block size, timeout, tsize, and others. With these great functionalities, it delivers maximum performance while transferring files.

Best For open-source IPv6 with Syslog servers and high compatibility

Verdict: As per different reviews of TFTPD32, it saves your money by providing all the essential services related to the DHCP system, Syslog manager, and Network config. With other extended features, transferring messages and backing up Syslog is much more comfortable.

Pricing: TFTPD32 is a free and open-source tool for use. There are no charges or hidden costs for using it. Besides, it is the industry standard TFTP server. 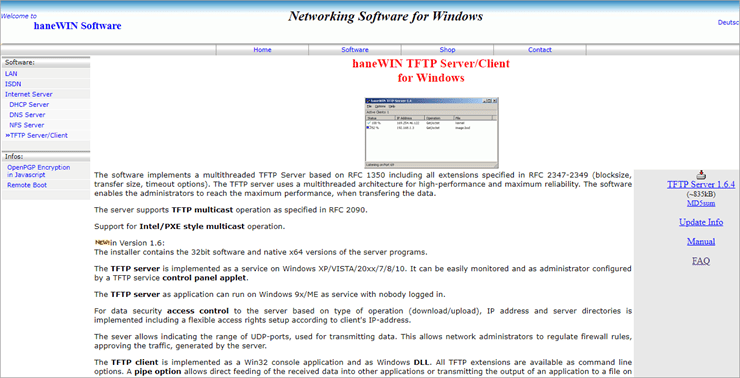 haneWIN TFTP is a multithreaded server based on RFC 1350 and fully realizable for all versions of Windows. The multithreaded architecture of this server achieves maximum reliability and high performance while transferring the data.

Best For multithreaded architecture with maximum reliability and high performance.

Verdict: haneWIN’s multithreaded architecture helps users to achieve robust performance even when the server is running in the background. Overall, the software is outstanding, with broader support and high functionalities.

Pricing: The pricing for the haneWIN TFTP server license for commercial use is around $32. Besides, the application is free to download under the shareware license. 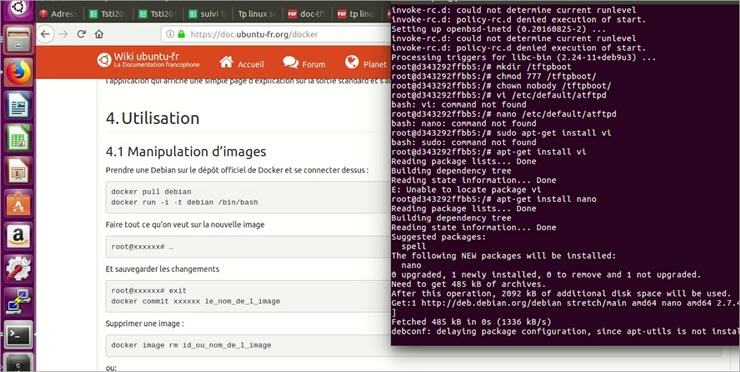 Atftpd stands for the Advanced TFTP server that runs on multithreaded architecture to ensure robust performance with high reliability. Moreover, it also supports full options that are mentioned in RFC2347, 2348, and 2349.

The best part is – it works on both GNU command line syntax, extended options including two dashes (‘-‘), and short options. Additionally, it provides users with a friendly and intuitive interface, as well.

Best For advanced multithreaded architecture that works on both GNU command line syntax.

Verdict: Advanced TFTP is another multithreaded based server which ensures a minimum of security and restrictions with excellent performance while transferring data between multiple devices.

Pricing: The Atftpd server is free and open-source for every user. You need to follow some simple steps for installing it on your device. 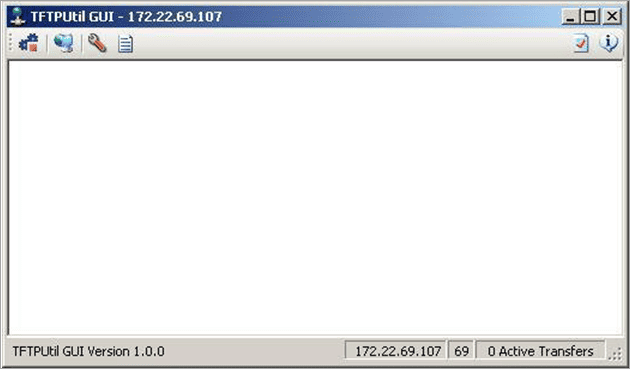 The Windows TFTP Server is the networking utility software for transferring files over the server. Additionally, it also allows booting devices remotely. The prominent part is – WindowsTFTP utility client and server has its source written in .NET framework coordinating with C#.

Verdict: The Windows TFTP utility is free and simple to use. But keeping in mind different customer views, it requires some interface improvements. Also, it utilizes the first ethernet IP address and not the IP address of directly connected NIC to the LAN.

Pricing: The Windows TFTP utility is free to download and use. 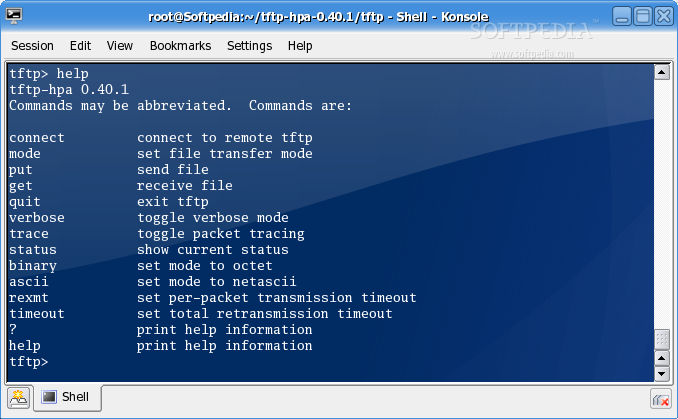 The Tftpd-hpa can be considered as one of the best free TFTP servers that are extensively used to support remote booting of diskless devices. Moreover, the server implementation is started by inetd and not as a daemon. But it can also run as a standalone for functioning various tasks.

Verdict: There are not many reviews or publications about the Tftp-hpa. But according to different sources, this tool is great for remote booting, several bug fixing, and booting of images as well.

Pricing: The Tftp-hpa is free to download. Note that, the file you download is a .zip extension file. 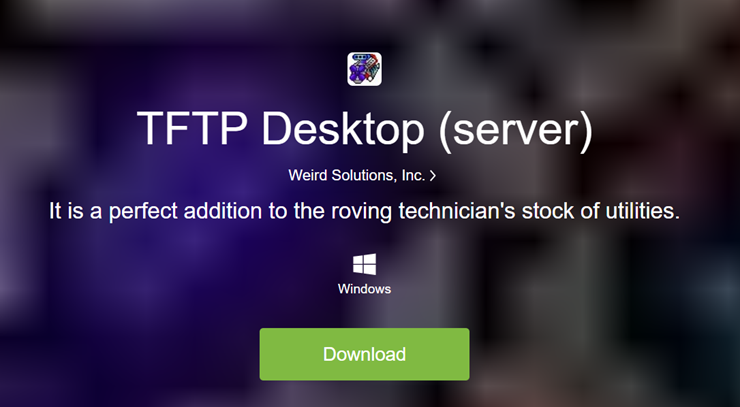 Furthermore, the TFTP desktop is the best solution for updating routers, IP phones, OS, image transfer, and remote booting. Moreover, it allows for configuring multiple devices in a single network, making it one of the best TFTP servers for desktops.

Verdict: The TFTP Desktop server provides real-time transferring of files, unlimited file size with an option of file limitation, and fast speed over the network. Besides, it is an excellent choice for those who love using desktop applications.

Pricing: There is no fee charged for using the TFTP Desktop server.

The TFTP server offers the precise way to boot computers that do not possess any disk drive storage. These tools are implemented as a virgin Windows service. Networking Engineers and IT pros use TFTP servers for transferring config files and data across the network.

For those who are administrators and IT pros, tools like WinAgents, Spiceworks, SolarWinds, and WhatsUp Gold are the best tools. Networking operators looking for free or open-source tools, TFTPD32, Windows TFTP utility, hanWIN, and Atftps are the best options available.

Additionally, if any user wants a desktop version, then they should go for the TFTP Desktop Server.

=>> Contact us to suggest your listing here.
Research Process