As the name itself defines, functional testing is the process of testing an application with respect to the requirement document specifications.

Functional testing can be performed either manually or through automation but each process includes testing the application by providing a set of inputs and determining or verifying the result/output by comparing the actual result with the expected results.

Functional testing has various phases that are to be considered while testing. In this article, we will see multiple interview questions and answer which will help you to prepare well. 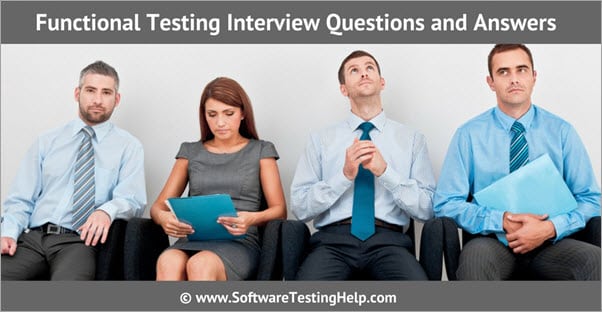 Q #1) What do you understand by the term ‘Functional testing’?

Answer: A black box testing technique, where the functionality of an application is tested to generate the desired output by providing certain input is called ‘Functional testing’.

The role of functional testing is not only to validate the behavior of the application as per the requirement document specification but is also to verify whether the application is ready to be released into the live environment or not.

Given below are a few functional testing techniques that are commonly used:

Q #2) What are the important steps that are covered in Functional testing?

Answer: Following are the steps that should be covered as a part of functional testing: 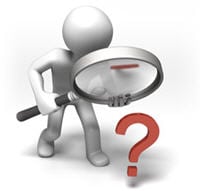 There can be multiple builds in the testing cycle of an application.

Release refers to the software application which is no longer in the testing phase and after completion of testing and development, the application is handed over to the client. One release has several builds associated with it.

Answer: Bug is said to be an unwanted error, flaw, mistake, etc that has occurred within the application and prevents it from delivering the desired output. When any defect or bug is encountered in an application while testing, then from logging a defect till its resolution, a bug moves through a definite life cycle known as Bug Lifecycle.

Below figure will give you an idea of Bug lifecycle: 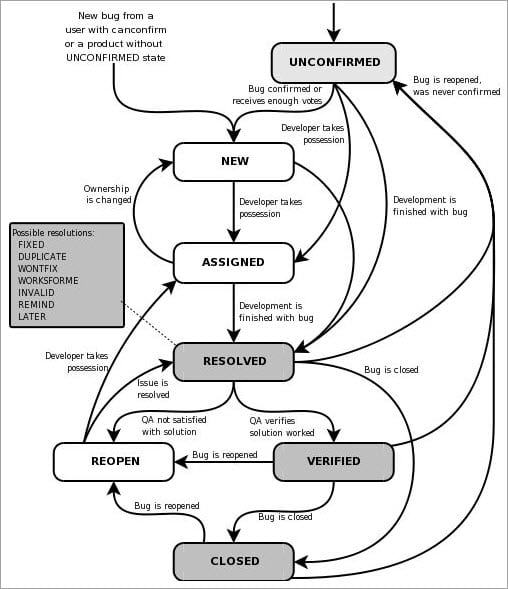 The whole process goes as and when an issue or bug is encountered. It is reported /logged in bug tracking tool following a considerable format. These bugs are assigned to the developer and its status is made as ‘Open’. Developer can now review the bug, reproduce it at its end and start working on it.

If the bug is fixed, the developer changes its status to ‘Fixed’ or the status can be moved to ‘need more information’, ‘won’t fix’, ‘cannot reproduce’ etc., in other cases. QA then performs regression i.e. re-verify the bugs with a specific action and respond accordingly.

If the issues/bug is now behaving as expected then its status is changed to Verified /Closed else Reopen.

Q #6) Enlist some Bug status along with its description.

Answer: Enlisted below are few bug statuses along with their descriptions:

Q #7) What is known as Data-driven testing?

Answer: Data-driven testing is the methodology where a series of test script containing test cases are executed repeatedly using data sources like Excel spreadsheet, XML file, CSV file, SQL database for input values and the actual output is compared to the expected one in the verification process.

For Example, a Test studio is used for data-driven testing.

Some advantages of data-driven testing are:

Q #8) What are the important points that should be considered while writing Test Cases?

Answer: Writing a test case is said to be the most important activity of the test execution process which requires writing skills as well as in-depth knowledge of the application to make effective and reusable test cases.

Few important points that should be considered while writing test cases includes:

Q #9) What is Automation testing?

Answer: Automation testing is a testing methodology where an automation tool is used to execute the test cases suite in order to increase test coverage as well as speed to test execution. Automation testing does not require any human intervention as it executes pre-scripted tests and is capable of reporting and comparing outcomes with previous test runs.

Repeatability, ease of use, accuracy, and greater consistency are some of the advantages of Automation testing.

Some automation testing tools are listed below:

Stress testing also verifies the application recovery when the workload is reduced.

Load Testing is a form of performance testing where the application is executed above various load levels to monitor the peak performance of the server, response time, server throughput, etc. Through load testing process stability, performance and integrity of the application are determined under concurrent system load.

Q #11) What do you understand by Volume testing?

Answer: Volume testing is a form of performance testing which determines the performance levels of the server throughput and response time when concurrent users, as well as large data load from the database, are put onto the system/application under tests.

Q #12) What are the different Test Techniques used in Functional testing?

Answer: There are two different test techniques that are used in functional testing.

They can be defined as below:

Q #13) What do you understand by Exploratory Testing? When is it Performed?

Following this process covers even the smallest part of the application and helps in finding more issues/bugs than in the normal test case testing process.

Exploratory testing is usually performed in cases when:

Q #14) For any Web Application, what are the possible login features that should be tested?

Answer: Enlisted below are the possible scenarios that can be performed to fully test the login feature of any application:

There are few other possible scenarios as well which can be tested.

Q #15) Explain Accessibility testing and its importance in the present scenario.

Answer: Accessibility testing is a form of usability testing where testing is performed to ensure that the application can be easily handled by people with disabilities like hearing, color blindness, low visibility etc. In today’s scenario, the web has acquired the major place in our life in the form of e-commerce sites, e-learning, e-payments, etc.

Thus in order to grow better in life, everyone should be able to be a part of technology especially people with some disabilities.

Enlisted below are a few types of software which help and assist people with disabilities to use technology:

In such cases, the defects encountered are very difficult to reproduce as no planned test cases are followed. Adhoc testing is usually performed when there is a limited time to perform elaborative testing.

Q #17) What is Equivalence Partitioning?

Answer: Equivalence partitioning also known as equivalence class partitioning is a form of black-box testing where input data is being divided into data classes. This process is done in order to reduce the number of test cases, but still covering the maximum requirement.

Equivalence partitioning technique is applied where input data values can be divided into ranges. The range of the input values is defined in such a way that only one condition from each range partition is to be tested assuming that all the other conditions of the same partition will behave the same for the software.

Q #19) Explain the difference between Severity and Priority.

Following are the 4 classes in which a defect severity is categorized:

Following are the 3 classes in which a defect priority is defined:

Q #20) When do we perform Smoke testing?

Answer: Smoke testing is performed on the application after receiving the build. Tester usually tests for the critical path and not the functionality in deep to make sure, whether the build is to be accepted for further testing or to be rejected in case of broken application.

A smoke checklist usually contains the critical path of the application without which an application is blocked.

Q #21) What do you understand by Sanity testing?

Answer: Sanity testing is performed after receiving the build to check the new functionality/defects to be fixed. In this form of testing the goal is to check the functionality roughly as expected and determine whether the bug is fixed and also the effect of the fixed bug on the application under test.

There is no point in accepting the build by the tester and wasting time if Sanity testing fails.

Q #22) What do you understand by Requirement Traceability Matrix?

Answer: Requirement Traceability Matrix (RTM) is a tool to keep a track of requirement coverage over the process of testing.

In RTM, all requirements are categorized as their development in course of sprint and their respective ids (new feature implementation/ enhancement/ previous issues, etc) are maintained for keeping a track that everything mentioned in the requirement document has been implemented before the release of the product.

RTM is created as soon as the requirement document is received and is maintained until the release of the product.

Q #23) What are the factors to be considered in Risk-based testing?

Answer: By Risk-based testing of a project, it is not just to deliver a project risk-free but the main aim of risk-based testing is to achieve the project outcome by carrying out best practices of risk management.

The major factors to be considered in Risk-based testing are as follows:

Answer: Difference between Regression testing and Re-testing can be explained as follows:

Answer: User acceptance testing is usually performed after the product is thoroughly tested. In this form of testing, software users or say, client, itself use the application to make sure if everything is working as per the requirement and perfectly in the real world scenario.

Through this article, I have tried to explain each and every topic of Functional Testing, so that any person who is preparing for the interview can easily understand the topic and remember them as well.

These Functional Testing Interview Questions and Answers will guide you to clear any interview successfully with full confidence.

We wish you all success.

I hope, these Functional Testing Interview Questions & Answers will help you at some point in your career.