Complete guide to the Simple Network Management Protocol. Learn about components, how does it work, and SNMP monitoring tools:

It provisions the exchange of the network and performance information between the network elements using the UDP ports 161 and 162. The SNMP-driven network consists of a management system called NMS, an agent, and the managed devices. 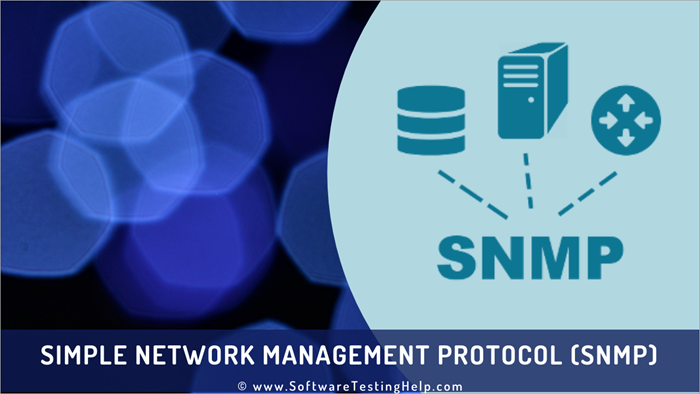 In this tutorial, we will explore the basic building blocks of this protocol with the commands used on port 161 and port 162 for communication. Also, we will see the concept of SNMP Traps and Informs in short with the help of diagrams.

In addition to this, this tutorial also explains some popular SNMP monitoring tools with their features and images. For better clarity of the topic, read some FAQs relevant to this.

SNMP is used at the application layer of the TCP/IP architecture and, as the name implies, it is used to manage and monitor network and network faults. Sometimes it is also used to modify the configuration of the remote end devices of the network.

There are three components of SNMP through which it performs its basic tasks. These are as follows:

It is a centralized GUI based node system which is used to monitor the network and is also called a Network Management System (NMS). It interfaces the bi-directional flow of information between the NMS node and the network elements.

The agent is the module of network management software that is installed on a network device like host PC, server and router, etc. The agent upholds the database on the managed network elements, When the NMS requests for any information, it reverts with the data which was stored in the database to the NMS.

If any trap or error is encountered by the agent on a managed device, then it sends the SNMP trap message to the SNMP manager indicating the live status.

Each of the SNMP agents maintains the information database for the managed devices, which explains the parameters of the devices.

The SNMP manager utilizes this database to ask the agent for information about the particular device for NMS. Thus this shared information among the agent and the manager is known as a Management Information Database (MIB). 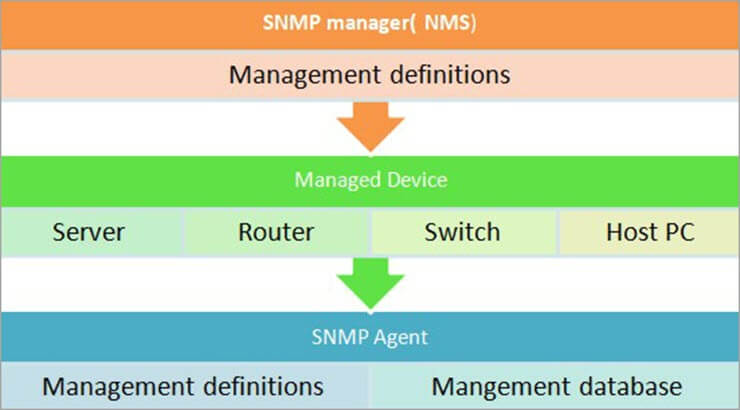 This can be understood with the help of the below figure: SNMP architecture Diagram

By deploying the SNMP, the network elements are managed by using three commands: Read, Write, and Trap.

The SNMP request messages which are PDUs include the operations like ‘Get’, GetNext’, and ‘GetBulk’. 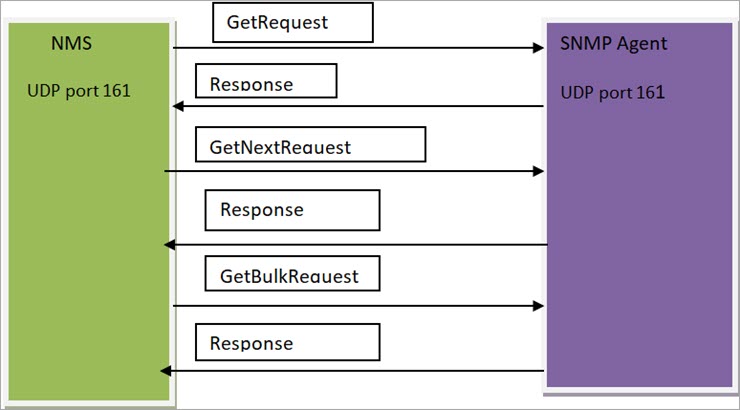 UDP ports and commands used by NMS and managed devices:

Versions are enlisted below:

The SNMP data packets use UDP for communication and are having two default port numbers, i.e. port 161 and port 162.

The uses are as follows:

Thus the parameters we can figure out from here are:

The SNMP tool provides the network to monitor and manage the network elements, permitting the modification and collection of data related to the network and device behavior. It provides accuracy, QoS, and efficiency for maintaining a healthy and smooth network and operation maintenance.

The good monitoring tools can help the users to manage the network more efficiently by regularly getting the values of the monitoring key factors like a fault, configuration, and performance parameters.

Some SNMP monitoring tools are:

Solarwinds is different from others as it automatically discovers the network devices present in the network and provision an interactive dashboard platform for a network health checkup and performance report. 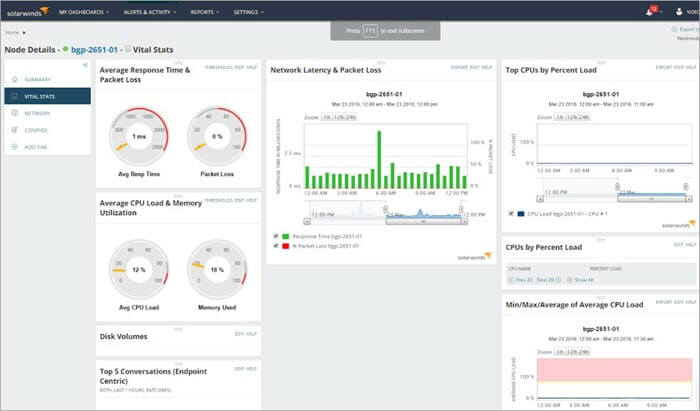 It is a flexible network monitor tool which offers three kinds of monitoring method inclusive of Packet sniffing and Netflow along with the SNMP Network monitor. This tool is better from other available tools in the market because of the various sensors it uses to monitor the different elements of the network.

This software can monitor the SNMP enabled network devices and is compatible with all three versions of the Simple Network Management Protocol. The monitoring is done by managing the SNMP agents through the software application.

Also, one can install the customized MIB database, and through this, the user can receive SNMP traps from the application.

There are various kinds of commands and configuration types available for SNMP network management. The basic configuration parameters are explained in the below table:

Answer: This is related to the big scale implementation of the networks for fault management of WAN networks. It is a secure version of the Simple Network Management Protocol with the facility of remote configuration of remote network elements.

Answer: It is the vigilant notification or message sent from a network element or device to the network manager reporting the error or alarm that occurred like high temperature.

Answer: The Simple Network Management Protocol uses a User Datagram Protocol (UDP) for communication via port 161 and port 162. These are the default ports. It prefers UDP as there is no use of TCP overhead.

Answer: The main purpose is to remotely and centrally managed the networking system or large networks by the network administrators. It is designed in a way that network managers can manage and monitor network devices centrally.

Answer: It is secured or not is depends upon the network architecture and the version of the Simple Network Management Protocol you are using. But the SNMP V3 is more secure than the other two versions as it uses encrypted mode for communication.

With the help of figures and examples, we have explained the Simple Network Management Protocol working and other aspects which is very useful for network monitoring and management purpose.

Network manager, MIB database, and Network elements are three major components through which the overall process of communication and management takes place.

We have also seen the different versions, configuration methods, and tools used for Simple Network Management Protocol. The port used for communication plays a very vital role in completing the communication between the SNMP manager and the SNMP agent.

We have also seen the tabular difference between the two default ports of SNMP i.e. Port 161 and Port 162