The concept of Virtualization was explained in detail in our previous tutorial on this Informative Networking Training Series.

In our earlier tutorials, we learned more about security protocols, authentication, authorization, and access methods that are used to access a network or wireless device.

We have also explored the various kinds of network security measures that are taken to make our overall network system secure from unauthorized access and virus attacks.

Here, in this tutorial, we will briefly learn about Network security keys that are used for safeguarding our network along with its various kinds. 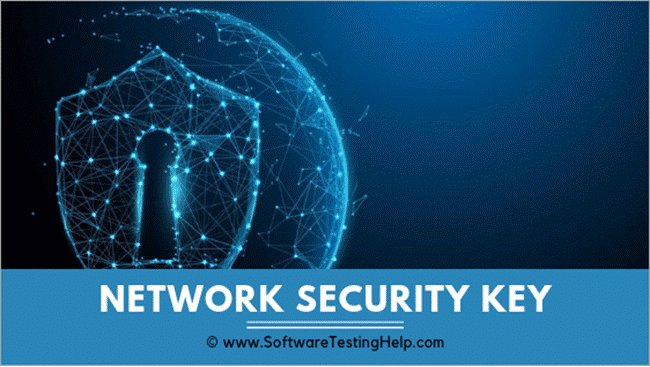 What is a Network Security Key?

The network security key is a kind of network password or passphrase in the form of a physical, digital signature, or biometric data password that is used to provide authorization and accessibility to the wireless network or device on which the client requests to connect with.

The security key also provisions to establish a secure connection between the requesting client and the serving network or wireless device like routers etc. This protects our network and devices from unwanted access.

The security key is of various kinds and is widely used everywhere in our day-to-day services like online banking, money transactions in the form of OTP’s (one time password), online shopping, accessing the Internet service, login into the mail account, or any network device, etc.

The most common types of network security key that are used for authorization on wireless networks include Wi-Fi protected access (WPA and WPA2) and wired equivalent privacy (WEP).

WEP uses a 40-bit key for encryption of the data packet. This key is combined with a 24-bit IV (initialization vector) to make an RC4 key. This 40 bit and 24 bit of IV makes a 64-bit WEP key.

In the open system authentication method, the requesting client host does not need to present the credentials to the access point for authentication as any client can try to associate with the network. Here, only the WEP key is used for the encryption process.

While in shared key authentication, the WEP key is used for authentication by deploying a four-way challenge-response handshake process.

The response will then be decrypted by the access point and if it is identical to the challenge text, then it will transmit a positive reply. Later the authentication and the association process will get completed and again the WEP key is used for encryption of the data packets using RC4.

From the above process, it seems that this process is a secure one, but practically the key can easily be decoded by anyone by cracking the challenge frames. Therefore, this method of encryption and authentication is less in practice and the WPA which is a more secure method than this has been evolved. 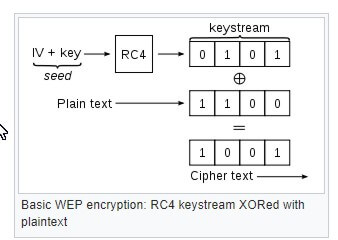 The host device that wants to connect to the network requires a security key to start the communication. The WPA and WPA-2 both work on the principle that after the validation of the key, the exchange of data between the host device and the access point is in an encrypted form.

The WPA deploys a temporary key integrity protocol (TKIP) which uses a per-packet key which means that it dynamically produces a fresh 128-bit key each time a packet arrives and allocates the same to the data packet. This saves the packet from any unwanted access and attacks.

It does have a message integrity check, which guards the data against viruses that can modify and re-transmit the packets according to themselves. In this way, it replaces the cyclic redundancy check method for error detection and correction that was used by the WEP.

There are different divisions of the WPA depending upon the kind of user using it.

WPA and WPA-2 -Personal (WPA-PSK): This is used for home networks and small-scale office networks as it doesn’t need server-based authentication. The data is encrypted by extracting the 128 bit key from the pre-shared key of 256 bit.

WPA and WPA2 Enterprise: It deploys a 802.1x authentication server and RADIUS server authentication which is a much more secure one and is already described in detail in our previous tutorials for encryption and access. This is mainly used in the authorization and authentication processes of business organizations.

How to Find Password on Router, Windows, and Android

How to Find a Network Security Key for a Router?

The network security key plays a very important role in connecting your devices to the router for you to access the Internet.

How and where to find the network security key on the router:

The router’s network security key is labeled on the hardware and is marked as the “ security key”, “WEP key”,” WPA key” or “ passphrase”. You can also derive it from the manual that comes with the router when you purchase it.

You can also learn the network security key of the router by logging in to its default settings on its web interface. 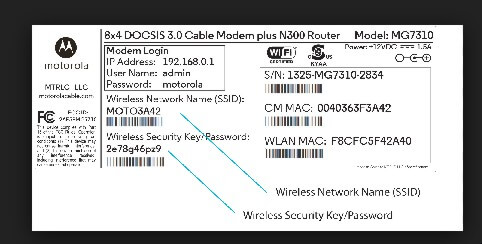 How to Find a Network Security Key for Windows?

The network security key for the Windows PC or laptop is the WI-Fi password to connect to the Internet network.

I am using windows 10, so the steps to be followed to enter the network security key or password are as follows:

With the help of the below snapshots, you will get a clear picture of the settings. 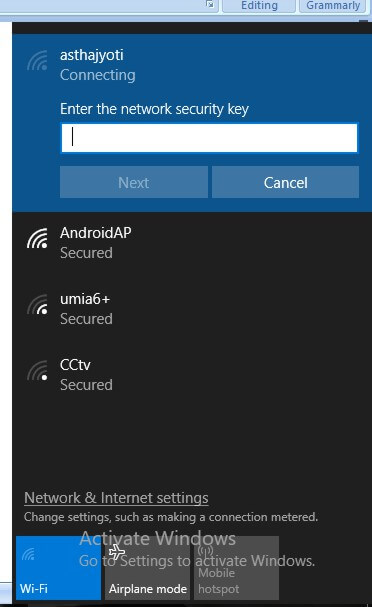 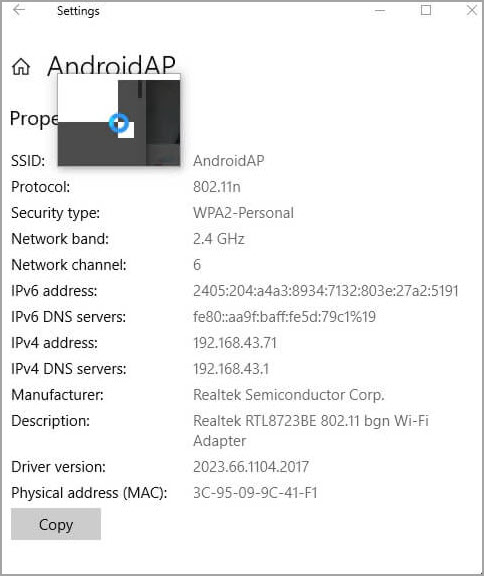 How to find the network security key for windows:

When our PC is connected to a network, then it will memorize the password or the security key of the network on which it is connected.

How to Find a Network Security Key for Android?

3G and 4G LTE-supported Android phones support the use of data or the internet on the handset itself. We just need to enable the mobile data button on the android phone to activate the data services.

But a network security key is required to make a mobile hotspot from an android phone for pairing it with some other devices through which that device can also access the Internet.

While smartphones these days have an icon for enabling mobile hotspots in settings, from where we can allow the pairing of devices with Android phones. Remember that the mobile hotspot will only work when the mobile data is enabled on the handset.

The steps to enable the mobile hotspot and enter the security key are as follows:

When we connect our network device like a router, PC, laptop, or Android phone to a wireless network for accessing the Internet in any LAN network or home network, then we require the network security key as a password to access the network.

This network security key is a unique combination of alphanumeric characters and is different for each network that is available in the range.

When you enter the password and if a message appears that there is a network security key mismatch, then it means that the combination of characters that you are entering to get access to the network is incorrect and it doesn’t match with the password of that particular network. 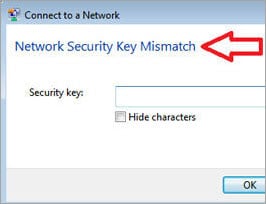 There are various ways to resolve the issue and we can try to get the right security key.

Following are some of the tips:

Is the Network Security Key Same As The Password?

This is the most frequently asked question. Often the readers or users get confused with the meaning of a network security key and the password.

The security key is the technical term that is generally used with routers, switches, and modems, where for each network SSID there is a unique and different type of security key named as WPA key or WPA2 key or passphrase depending upon the maker of the network device.

Also for the windows PC, the network security key as a password is used in association with the network name to access the wireless network. The key is nothing but a unique combination of alphanumeric characters.

But in general, when we are accessing the Internet services from an android phone, the security key will be displayed as the password for activating the services. Thus both are the same but different terminologies are used depending on the makers of the device, kind of the device, and network environment that is being deployed.

Suggested read =>> Methods to fix your connection is not private error

From this tutorial, we have understood the concept of network security key along with its various types.

We have also seen the different applications of a network security key with the various kinds of network devices and networking environments.

We have learned some useful methods to resolve the mismatch issue of security key and simple steps to configure the security key in the windows PC, routers, and Android phones.