Role and Significance of Routers in Computer Networking System:

Our previous tutorial in this Full Networking Training Series explained us about Layer 2 and Layer 3 switches in detail. In this tutorial, we will see about Routers in detail.

Routers are widely used everywhere in our daily life as these connect the various networks all together spread over long distances.

As the name is self-explanatory, routers acquire their nomenclature from the work they perform, means they do routing of data packets from the source end to a destination end by using some routing algorithm in the computer networking systems. 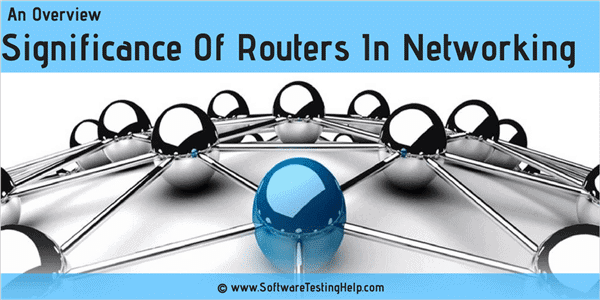 If u had a telecom company which has one branch office in Bangalore and another in Hyderabad, then to establish a connection between them we use routers at both ends which were connected through fiber optic cable through high bandwidth STM links or DS3 links.

By this scenario, the traffic in the form of data, voice or video will flow from both ends dedicatedly between them without the interference of any third unwanted traffic. This process is cost-effective and time-efficient.

Likewise, this router also plays a key role to establish connections between software testers, this we will explore further in the tutorial.

Below is the diagram of a router network where two routers namely R1 and R2 are connecting three different networks.

In this tutorial, we will study the various aspects, features, and applications of Routers.

There are basically two types of Routers:

Hardware Routers: These are the hardware with distinctive in-built software competence provided by the manufactures. They use their routing abilities to perform routing. They have some more special features also in addition to basic routing feature.

Software Routers: They operate in the same way as the hardware routers do, but they don’t have any separate hardware box. It perhaps is a window, Netware, or Linux server. These all have inbuilt routing abilities.

Although the software routers are generally used as gateways and firewalls in large computer networking systems both types of routers have their own features and significance.

Because of the inbuilt features of routing all the cards and ports will perform the WAN routing and others also depending upon its configuration and capacity. 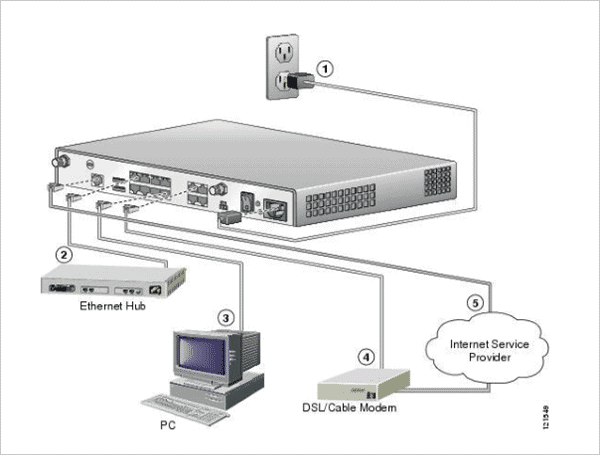 It is the procedure of transmitting the packets from the end device of one network to remote end device of some other network. This is accomplished by Routers.

Routing tables are used to find out the next hop addresses and destination addresses.

Default Gateway: A default gateway is nothing but a router itself. It is deployed in the network where an end device host doesn’t have next-hop route entry of some explicit destination network and don’t able to make out the way to arrive at that network.

Therefore the host devices are configured in such a way so that the data packets which are directed towards remote network will be destined firstly to the default gateway.

Then the default gateway will provide the route towards the destination network to the source end host device.

The routers have the internal memory called as RAM. The all the information a routing table gathers will be stored in RAM of routers. A routing table identifies the path for a packet by learning the IP address and other related information from the table and forwards the packet to the desired destination or network.

The following are the entities contained in a routing table:

There are three various procedures for populating a routing table:

Connected Routes: In the ideal mode, all the interfaces of the routers will remain in ‘down’ state. So the interfaces on which user going to implement any configuration, firstly change the state from ‘down’ to ‘up’. Next step of configuration will be assigning the IP addresses to all interfaces.

Now the router will be smart enough to route the data packets to a destination network via directly connected active interfaces. The subnets are also added in the routing table.

Static Routing: By using static routing, a router can gather the route to the far end network that is not physically or straightly connected to one of its interfaces.

Routing is done manually be running a particular command which is globally used.

The command is as follows:

It is generally used in tiny networks only as need lots of manual configuration and the whole process is very lengthy.

An Example is as follows:

Now we need to configure it manually which is as follows:

Note: The command prompt of the router has much other information also but I have explained here only that command and information which is relevant to the topic.

Dynamic Routing: This type of routing works with at least one type of routing protocol is facilitated with it. A routing protocol is practiced by routers so that they can share the routing information among them. By this process, each of the routers in the network can learn that information and will deploy it in building up their own routing tables.

Routing protocol works in such a way so that if a link goes down on which it was routing data, it dynamically change their path for routing packet which in turn makes them fault-resistant.

We only need to define the routes and their corresponding subnets which router will be using and the rest is taken care by routing protocols.

Greater than one routing protocol can be practiced by the network, and the routers can gather route information about the network from various sources. Routers main task is to search for the best path. Administrative distance number is practiced by routers to discover which path is best suitable to route the traffic. The protocol indicating lower number administrative distance is best suitable to use.

Consider that router find out two distinctive paths to arrive at the destination host of the same network from the same protocol, then it has to take the decision to choose the best path to route traffic and storing in the routing table.

Metric is a measurement parameter which is deployed to fix the best suitable path. Again lower will be the number of metric better will be the path.

There are two kinds of routing protocols:

RIP (Routing Information protocol): RIP is a kind of Distance vector protocol. As per the name, distance vector routing protocol employ distance to obtain the best-suited path to reach the remote network. The distance is basically the count of routers exist in-between while approaching remote network. RIP has two versions but version 2 is most popularly used everywhere.

Version 2 has the ability to present subnet masks and practices multicast to send routing updates. Hop count is practiced as a metric and it has the administrative count of 120.

RIP version 2 launch the routing tables in every interval of 30 seconds thus lots of bandwidth is utilized in this process. It utilizes the multicast address 224.0.0.9 to launch routing information.

The various types of routing aspects it backs are:

The routers which use EIGRP as a routing protocol practices the multicast address 224.0.0.10. EIGRP routers maintain three kinds of routing tables which has all the necessary information.

The administrative distance of EIGRP is 90 and it determines the metric by using bandwidth and delay.

The objective of link state protocol is also similar to that of distance vector protocol, to locate a best-suited path to a destination but deploy distinctive techniques to perform it.

These are difficult to configure and require much memory storage and CPU memory than distance vector protocol.

This works faster than that of distance vector protocols. They also maintain the routing table of three types and perform the shortest path first algorithm to find out the best path.

OSPF is a kind of link state protocol.

So far we have discussed the interior routing protocols which are used for small networks. But for large-scale networks, BGP is used as it has the capability to handle traffic over the internet for big networks. 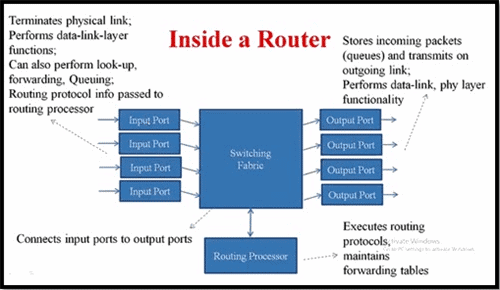 The working is divided into two different planes, 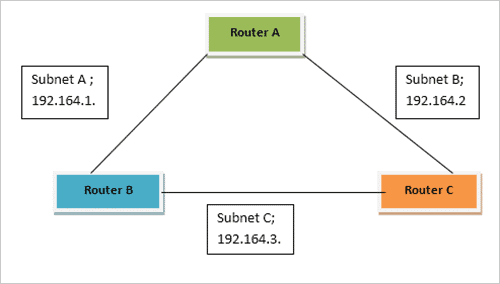 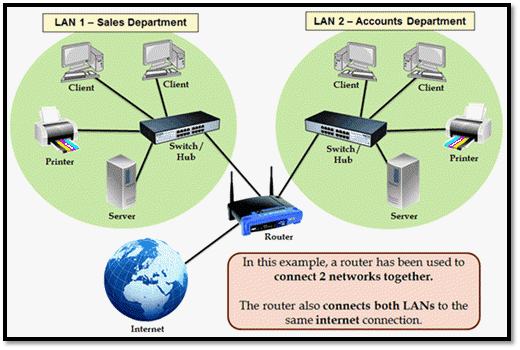 In this tutorial, we have studied in deep about the various features, types, working, and application of routers. We have also seen the working and features of several kinds of routing protocols used by routers to find out the best path for routing data packets to the destination network from the source network.

Further reading => How to Update the Firmware on Router

By analyzing all the various aspects of routers we have realized the fact that routers play a very important role in modern day communication systems. It is widely used almost everywhere from small home networks to WAN networks.

With the use of routers, the communication over long distance whether it is in the form of data, voice, video or image becomes more reliable, fast, secure and cost-effective.